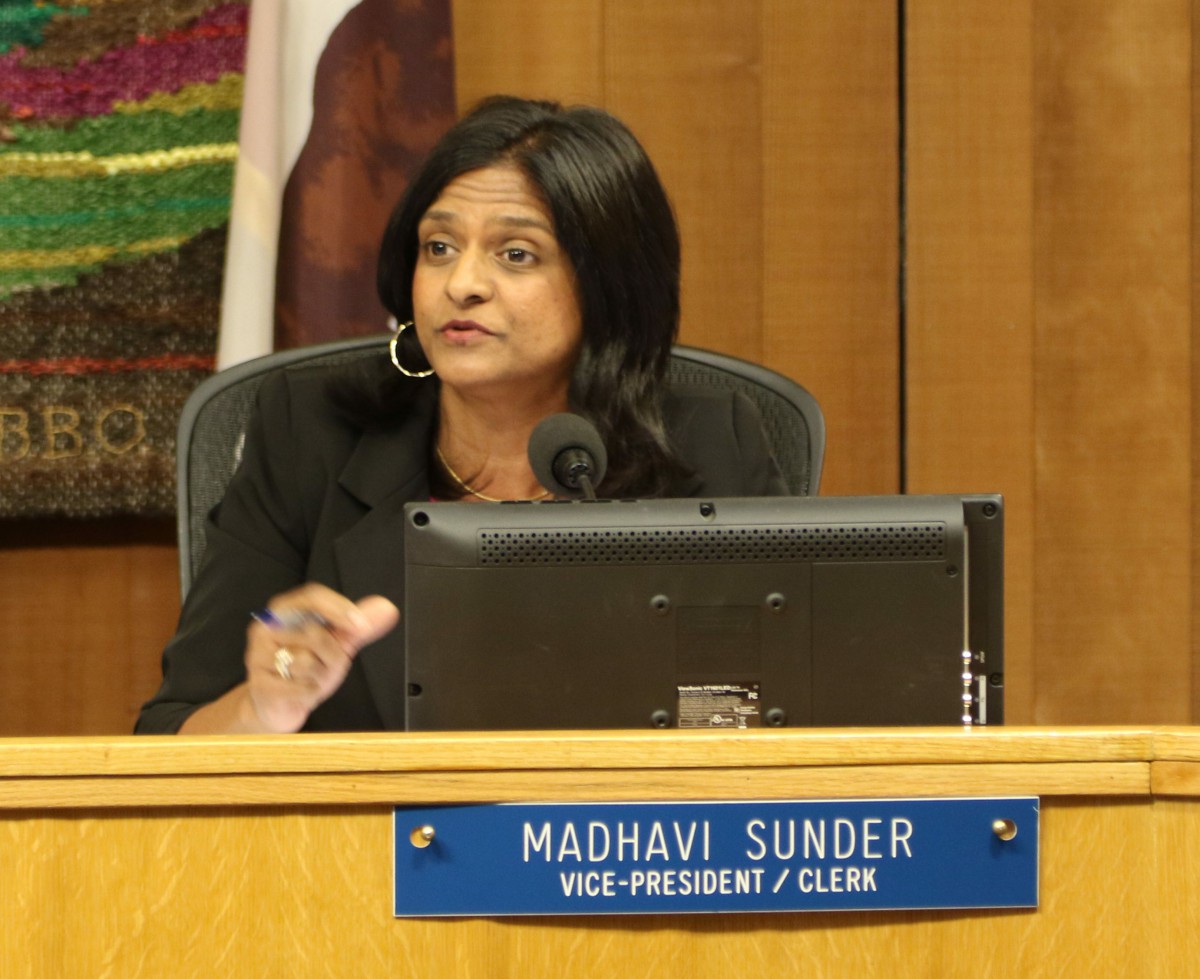 Our goal as trustees of the Davis school district is to give our children the best possible education they can receive given the financial constraints that we face–an education that prepares them to become healthy, well-balanced individuals who are ready to participate as citizens of this great state and this great country, as well as members of the world community.

I want to begin my remarks by noting that cutting the number of AIM classrooms will not save a single dime. This is not an argument about how we allocate our precious limited resources. AIM costs almost nothing, a little more than $10 a student in the program each year–so focusing on AIM is not going to do anything to redistribute resources in the district. Indeed, the proposed changes will cost more than the current program costs.

I have been distressed about many things in this process:

First, the singling out of the AIM program for intense statistical and other scrutiny–neglecting all of the other important work that this District should be doing to advance students in the district. We have classrooms at Montgomery that are 100% low income. We have a persistent achievement gap in which low-income children in Davis continue to score below proficiency. Our school administrative office at 5th and B sits on some of the most valuable property in Davis, and yet we have not spent the time we should to figure out how to tap that resource to put more funds toward addressing grave facilities needs all over the district. All of these issues and more – and the children affected by them – have been put on hold by the Board’s insistence on making the reduction of the AIM program the centerpiece of the Board’s agenda.

Second, is the fact that parents and teachers were sidelined in this process. When the district considers significant change, it should do so through a bottom-up process, with extensive parent-teacher committees open to as many people as possible. That’s what we are doing with Later Start for Secondary schools. But we conspicuously did not follow the normal practice, or best practices, here.

Third, there have been repeated falsehoods published in the town’s only print newspaper: The Davis Enterprise published an op-ed that said–without any evidence–that AIM students receive “inequitable resources. They enjoy better field trips. They get special lectures and videos. They do not have to follow the same rules.” None of this is true. I asked the Superintendent to refute this in a letter to the Enterprise, but I have not yet seen the Enterprise retract these falsehoods, nor have I seen district leaders refute them publicly.

The Enterprise itself editorialized against the program, claiming falsely that the GATE program was “initially designed only for students who had significant trouble learning in a regular classroom.” This is also not true. It is time we put to rest once and for all this false claim that the program was originally only designed for autistic savants who are “failing in the regular classroom.”

A review of GATE master plans over decades demonstrates that the program was always designed to support those who were not succeeding in school, as well as those who are already doing well, but needed to be challenged more. Renowned teacher and former Mayor of Davis, Deborah Poulos, has told us tonight: “In 1983, thirty-two years ago, when I began teaching the fourth grade class at Valley Oak in the “Special Abilities” (SA) program, it served any and all students” testing high on a cognitive test–not only those who were doing poorly in third grade.” The 1996 master plan defines categories of giftedness, including “Students who function at highly advanced levels in particular academic areas.” Our GATE master plans for decades have stated this program is for high achieving students who need more challenge AND high ability students who are not performing to their potential. These are facts.

On that score, I want to acknowledge the work of the Davis Vanguard, which has been offering consistent, high quality, research-based analysis on this issue. The Vanguard has just hired a new reporter to follow the school district more closely. Welcome to Davis, Nicholas Von Wettberg. It is very good for our community to have another, high quality news source covering the school district’s activities.

Fourth, there have been some who have made claims about students in the program–a leader of the anti-AIM movement wrote in the Enterprise this week that three quarters of the students are there because of a “seriously corrupted admission process.” This is an outrageous claim that demeans students–and it should not be tolerated. This claim is also premised on a fundamental misconception – that any students tested for admission by any alternative to the OLSAT is somehow not deserving of being in the program. This fundamentally misunderstands that the test must be appropriate for the student – non English speakers, students with learning disabilities or very poor children who did not have the same advantages as the majority of our district’s children are not fairly served by the OLSAT alone, and they deserve a test that is appropriate to their needs. As a Board we must come together to affirm that a qualifying score on any of these tests vetted and recommended by our Administration is a valid method of identifying students for this program. Indeed, the U.S. Department of Justice mandates the use of multiple measures because we can and must properly identify high ability students in all of our diverse populations.

Fifth, saying that students need more challenge than they are currently receiving in a regular classroom is not demeaning to teachers in those classrooms. National and international research shows that high-ability students need specialized instruction to fully develop that ability. And that is the very purpose of school – to develop each child’s ability to his or her full potential.

Sixth, as the Administration told us tonight, professional development in differentiated instruction for teachers is not required.

Seventh, I have heard vague references in this discussion suggesting that shrinking AIM will help close the Achievement Gap. Make no mistake: there is no evidence linking GATE to the achievement gap, and our Superintendent himself has said that nothing in the Administration’s efforts on AIM or in this proposal relate to the achievement gap. While there are perceptions that putting AIM kids back into the regular classroom will bring other students up, the research on this is clear: there is no gain to other students, yet potentially severe academic, social and emotional harm to high-ability students whose own needs as individuals with a right to learn and grow are not appropriately met.

Put simply: this does nothing to address the achievement gap, though I hope when this vote is behind us we can finally turn our attention to this and other important issues.

Eighth, I have also been disappointed that the district provided data to certain researchers without sharing that data with others in the community. We should not make decisions based on empirical analysis that literally cannot be verified by independent researchers. Furthermore, we certainly should not evaluate programs based on whether they advance STAR test scores, and it is certainly not fair to single out only one of the district’s many programs for that scrutiny.

Ninth, the Superintendent and his top level staff admitted tonight one benefit of a phase in approach to moving the cut off score from 96 to 98 over three years: it will allow us to monitor the new assessments and see how the new identification process is working. But there is another important benefit – it’s critically important not to take a scorched earth approach to change here. There is no consensus in the community on the way to go forward here. Rather than make an immediate move to 98 tonight, which could potentially cut the program in half, going slowly and keeping the score at 96 this year while we wait to assess all the other changes we are making this year shows we are listening to all sides here. It’s the responsible way forward.

Tenth, I am extremely disturbed that the Superintendent cannot identify any benefit to students either in or outside the AIM program from their proposed change in cut off score. Indeed, I fear that in his struggle to answer that question, he may in fact not believe there is a benefit. He may be offering a cut off score of 98 simply because a majority of Trustees directed him to shrink the program.

Finally, the Davis Enterprise editorial offered two arguments for shrinking the program. First, that it had grown beyond its original intent–a claim that is entirely false, as decades of Davis GATE master plans show in black and white.

What was the second reason for cutting down the size of the program that the Enterprise identified? That it simply “rubs people the wrong way.” We should not give in to those sentiments. Our job as Trustees is to make evidence-based decisions keeping as our lodestar the academic, social and emotional wellbeing of our district’s children.

To that end, Davis has long championed and offered a diversity of program to meet a diversity of student needs. One child in the household might thrive at Da Vinci while another flourishes in the AP track at the high school. Even with fully implemented practices of differentiated instruction, we need the Davis School for Independent Studies and Montessori.

We are a district of choice. We have recognized that to meet ALL students’ needs we need to address the specific needs of EACH student. As Supervisor Don Saylor used to say when he was on the School Board, the way to ALL is EACH.

Most importantly, we need a new way of talking about our school programs. This dialogue has hurt teachers and has hurt students. We can and must do better than this.

39 thoughts on “In Their Own Words: Madhavi Sunder’s Final Comments on AIM Proposal”