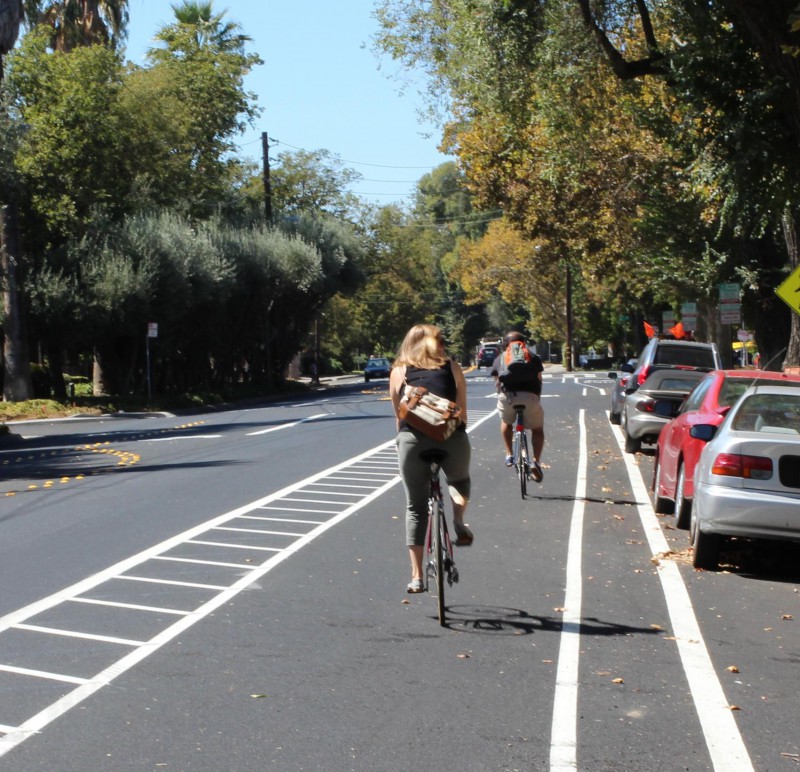 A new study released this month reveals a shocking trend: between 1989 and 2012 bicycle ownership declined by half, “from an average PBO [percentage bicycle ownership] of 60% in 1989 to 32% in 2012.” [1] Conducted by researchers at Johns Hopkins University and published in the Journal of Transport & Health, the study analyzed data from 1.25 billion households around the world in what is considered to be the the first global study of bicycle ownership over time.

“It’s a tragedy that more than two-thirds of Generation Z are growing up in a household without a bicycle,” said Gabe Wallace, co-director of a public health campaign, My City Bikes. “This is an especially stark fact when mirrored against the simultaneous rise of one of the greatest public health crises of our time: obesity.”

“From a public health perspective, cycling promotes wellness, and the benefits of cycling outweigh the risks,” the study reports. Considering that each hour per day spent driving corresponds with a 6% increase in the odds of being obese [3], a shift of bicycle ownership and ridership in a positive direction is long overdue.

“In the past century both developed and developing countries have undergone rapid transitions towards motorization, which have disfavored bicycle use,” the study reports. “Increasing motorization leads to injuries from road traffic crashes, growing vehicular air pollution, and declining physical activity…The movement of people and goods by bicycle reduces vehicular air pollution and motor vehicle traffic congestion. Cycling is a key element to ‘livable cities’, it connects easily to other modes of transit, and it can stimulate local businesses via the addition of new cycling routes.” 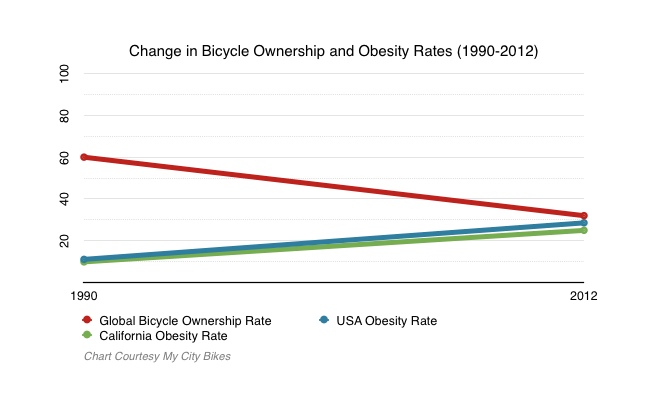 Even though the issues of road safety, air pollution and public health seem big, they are changed one person at a time, like anything else. By owning and riding a bicycle, each Davis resident can make a difference. In Davis, B&L Bike Shop has teamed up with the public health campaign, My City Bikes, to help inexperienced riders make that change with the My City Bikes Davis app, a basic utility that provides a guide to local beginner biking, as well as need-to-know information about bike safety and maintenance. “It may seem small, but just getting out for a ride for 15 minutes or biking to the park or a friend’s house with your family instead of taking the car does make a difference,” Wallace said.

For more information about local biking and access to the free local My City Bikes Davis app, visit http://www.mycitybikes.org/california.html.

The following was a press release sent out by Tina Schmidt and Sara Villalobos.

My City Bikes powered by Interbike is the first and only public health campaign for beginner cyclists. The web- and mobile- campaign benefits communities by providing simple, localized mobile resources and media advocacy to facilitate cycling. “No one is exempt from the basics of biking,” and that is why My City Bikes nurtures, supports and inspires the culture of beginners in biking. Whether for fun, fitness or transportation, My City Bikes is the official guide to beginner biking opportunities.

Along with its network of beginner-friendly bike shops and government partners, My City Bikes is connecting communities with their basic but essential beginner biking resources to empower individuals to improve their health by simply pedaling a bike. Join the biggest bike team in the world! Download your free local My City Bikes app at http://mycitybikes.org to find local entry-level rides, need-to-know DIY bike maintenance, and beginner-friendly bike shop experts in your neighborhood.