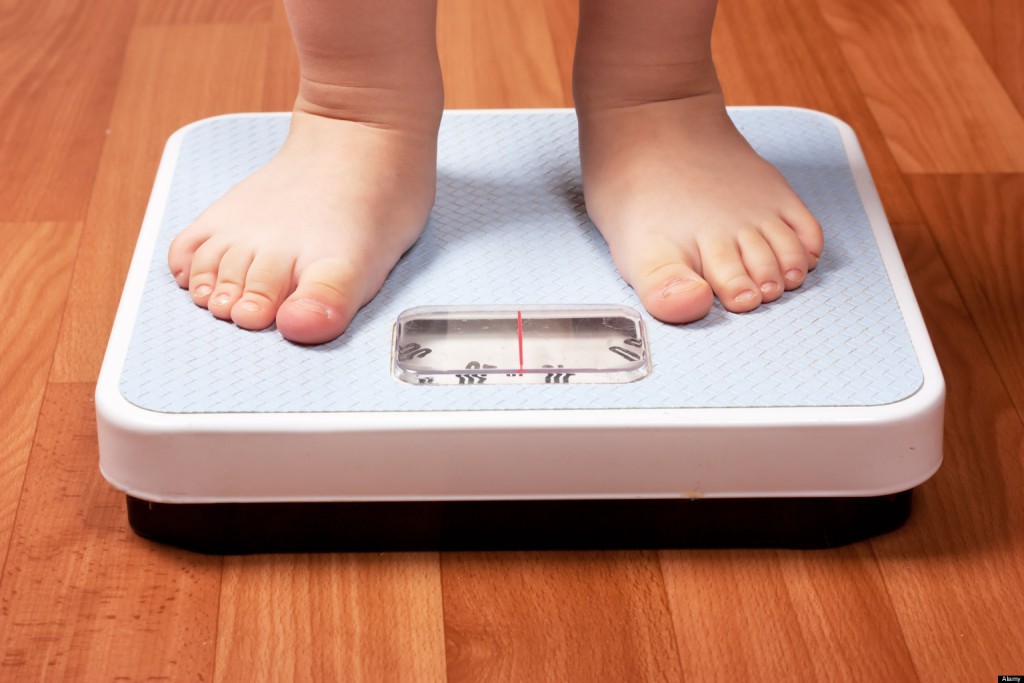 Earlier this week one of our posters wrote, “Davis does not have a real problem with obesity nor diabetes.” When challenged by another poster to validate that claim, they offered no response.

The reality is that Davis has a huge problem with obesity and diabetes. The most recent available data from the California Center for Public Health Advocacy is from 2010, but it’s hard to imagine things have improved in the last five years. That data shows one in four Davis children are overweight or obese. 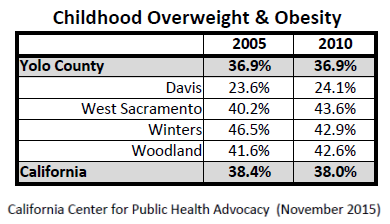 While Davis has a lower, in fact much lower, childhood obesity rate than the other communities in Yolo County – West Sacramento, Winters and Woodland, which all have over 40 percent overweight and obesity rates – that is more about bad news for those communities than good news for Davis.

If anything, it is a reminder to those communities that, instead of looking at Davis’ proposed soda tax with scorn and ridicule, they should be joining us in a countywide initiative.

As Mayor Pro Tem Robb Davis told the Vanguard, “A quarter obese IS a problem.”

Dr. Harold Goldstein, Executive Director of the California Center for Public Health Advocacy added that “there is no question that 25% of all school age children in Davis being overweight or obese is an epidemic. Childhood obesity rates in the US have gone up 4 fold in 40 years.”

The link between obesity and diabetes is unmistakable. Dr. Goldstein said, “What is even more frightening is this: Almost 25% of teens have either diabetes or prediabetes, twice the rate of just 10 years ago.”

“How could this be?” he asked. “To start with, 2/3 of all teens drink a soda or more a day! It’s as if they are injecting 16 tsp of sugar into their veins for every bottle of soda they drink!”

He continued, “Think about it: Are restaurants in Davis REALLY going to go out of business because the price of soda goes up 20 cents, or is that a fear tactic brought to them by the Beverage Industry? I can tell you that those fears only started being expressed the day the beverage industry came to town last week.”

What is interesting to me is how well those obesity and overweight rates track with Title I kids in Davis. They are roughly the same percentage.

There is no accident there. Studies have shown that living in poverty can double or triple the likelihood of developing the disease.

Dennis Raphael, one of the researchers in a public health study, states, “What we know about Type 2 diabetes is not only are low-income and poor people more likely to get it, but they’re also the ones that, once they get it, are much more likely to suffer complications. And the complications from Type 2 diabetes when they’re bad are really bad, whether it’s amputations, or blindness, or cardiovascular disease.”

“When you’re in a situation where 15 percent of kids and their families are living in poverty, and people are worried from day-to-day about their jobs and homelessness, and immigrants are not being provided with what they need to be healthy, and the evidence that suggests these are all things that contribute to the onset of Type 2 diabetes, there has to be more of a balance in how we understand the causes of illness,” Professor Raphael said.

Dr. Mark Hyman, an MD, wrote that diabetes is fueled as much by food scarcity and insecurity as it is by excess. He noted that the poorest areas have the highest rates of obesity and diabetes.

The Life Sciences Research Office says food insecurity exists “whenever the availability of nutritionally adequate and safe foods or the ability to acquire acceptable foods in socially acceptable ways (e.g., without resorting to emergency food supplies, scavenging, stealing, or other coping strategies) is limited or uncertain.”

Dr. Hyman notes, “For a large portion of Americans floating on or sinking beneath the poverty line this means bingeing on cheap, sugary, starchy, fatty calories in order to avoid hunger.” He adds, “Many poor people in this country are consuming an excess of nutritionally depleted, cheap calories from sodas, processed foods, and junk food. These folks scarcely eat whole, fresh foods at all, and for good reason: We have made calories cheap, but real food expensive.”

Dr. Hyman adds, “Almost $300 billion of government subsidies support an agriculture industry that focuses on quantity not quality, on producing cheap sugar and fats from corn and soy that fuel both hunger and obesity. These calorie-rich, sugary, processed foods are what most people buy if they don’t have enough money. You can fill up on 1200 calories of cookies or potato chips for $1, but you’ll only get 250 calories from carrots for that same $1. If you were hungry, what would you buy?”

Bob Dunning in his column naively posits, “Davis does not lack for recreational options for overweight children … there are plenty of activities, organized and otherwise, for kids to get out and exercise.”

He adds, “All the soda taxes in the world can’t take the place of parental responsibility and oversight … let’s face it, kids shouldn’t be drinking soda pop … but unless they get that message from their parents or guardians, a tax won’t be the cure-all its proponents claim it will be …”

But Bob Dunning’s comments are misplaced. Unless we educate those parents and guardians on healthy eating options themselves, they are not going send that message to their kids. That means we must provide parents with education, families with food security and medical care.  A soda tax can provide some of the revenue for those programs.

A least one-quarter of our kids are not getting the same kind of access to recreational options and healthy eating. And as bad as it may be in Davis, it is far worse in the rest of the county. Countywide, nearly 37 percent of all children are overweight or obese, and in West Sacramento, Winters and Woodland that number exceeds 40 percent. Davis can lead the way to a better and healthier future, but the rest of the county needs to follow.

To which I now respond, Mr. Dunning, heal our kids.

102 thoughts on “Commentary: Really, We Don’t Have a Problem in Davis?”