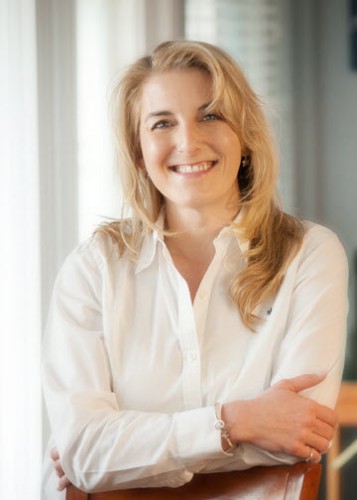 For Councilmember Rochelle Swanson, the Vanguard column the other day following the council meeting and the 4-1 vote to approve a new MOU for four bargaining units was a reminder of how far things have come since the days of 2010 when the discussions and the tone, in her words, were “contentious.”

Councilmember Swanson said, “If you look at those, not only were they contentious for their point of view, they also got very personal and it very much came down to who had the higher moral ground.”

“That is not the case here,” she said. “This is the case that you have five intelligent caring committed ethical people who simply have a different perspective at this particular point in time on this particular issue.”

Councilmember Swanson noted that four members have gone through varying levels of making cuts to city services and employee compensation. Speaking for herself, she said, in both 2010 and 2014 when she ran for election, she made it very clear, “I refused to only balance the budget on the backs of our employees.”

She said at that time, she was committed to the fact that “this is not the way it will always have to be.”

“This group of employees has given – and they gave and they gave,” she explained. “Cutting compensation, cutting positions was only a portion of what we need to do to get back on track.”

There are two issues involving the decision on Tuesday however – one is the decision on the three percent COLA (Cost-of-Living Adjustment), but the other was the decision not to pull the item off consent. The Vanguard’s perspective is that this is an important issue and a change of direction, and it should have had public discussion and explanation by the council.

“To have pulled it Tuesday would have been to talk about arguably why is one side right and the other side wrong,” Councilmember Swanson said addressing a key concern by many that the MOU item was left on consent. “Frankly there’s too much respect for our colleagues between all of us to do that.”

She reminded the Vanguard that this was an MOU, hashed out in closed session, as is required by law. That, in her view, limited the scope of what could be discussed in public.

She maintained, “The only reason to pull it would be to be justifying votes and I think undermining that respect. Everyone respects everyone else’s decision on this.”

“I was a little surprised it didn’t get pulled,” she said.

One point that Rochelle Swanson raised on the record – that others raised off the record – was the expectation that Mayor Pro Tem Robb Davis, as the dissenting vote, would be the one to pull the item off consent in order to register his concerns.

Councilmember Swanson was delicate with this issue, explaining that this was not a swipe at the mayor pro tem, but she said, “I think it probably made more sense for him to pull it than for us. “

Generally, when an item is pulled from consent, she explained, it is because there is disagreement or “some level of concern.”

On this one, she said, “procedurally this is accurate.” At the same time, she acknowledged that “MOU’s have been a really big deal for a number of years – rightfully so – and this has been a change.”

She added, “I respect the position and perspective. I truly believe we all have a well-reasoned and respectable position on this.” She added, “We also have different perspectives based on history and what happened in the last four to five years.”

Rochelle Swanson offered that the council is going to be discussing in more general terms the budget priorities as soon as next week in the council retreat.

Procedural issues aside, the Vanguard has also raised the concern that the city lacks the money to fund this modest cost of living increase for four bargaining units.

Rochelle Swanson pointed out that “we would not have had an MOU or an agreement had we not bargained for what we bargained for.” She argued that they got the best deal that they were going to get with the employee groups. “Plain and simple,” she said. “I absolutely feel that.”

“We negotiated,” she said. “This was not a rollover… We negotiated the best deal that we were going to get to get an agreement.”

Her point was that “to assume that we would have had a different outcome ignores the realities that this was a bargained agreement… This was the best deal that we could get.”

That said, she said, “We have to find the money.”

For Councilmember Swanson, the other part of the picture was that cuts were only part of the picture. She explained, “We need to grow revenues. We are in a better position than most communities to grow our revenues significantly.”

Rochelle Swanson clarified that that doesn’t necessarily mean a bunch of growth or a bunch of houses, “but we do have a lot of opportunities that a lot of other communities don’t have” and businesses with interest in coming to Davis and “investing in our downtown and investing in new opportunities.”

“I have put blood, sweat and tears into trying to grow revenues,” she said.

Moreover, she explained, “there are revenue opportunities besides just the innovation parks.” She talked about the desire to see greater densification in the downtown. She wants to see more retail in the downtown. She noted, “Businesses locate where they think they are going to make money and we frankly don’t see a lot of people spending money in Davis. I think the numbers bear that out.”

Bottom line, she said, she thinks they can find that money, but they also may need revenue measures. She said, “These MOUs are not going to make or break the investments that we need to make in our roads.”

In addition to looking at revenue measures, Rochelle Swanson said she believes that the city needs to be looking at its fee structures “to actually match how much it costs to provide services.” She also said any time that the city has wanted to raise fees for city services, there have been concerns expressed about the impact on low income families.

Overall, Rochelle Swanson believes that her vote is “consistent in what I said. I think it was small overall in the big scheme of things. It’s not three all at once – it’s graduated.”

She also noted that the city remains 100 employees down from its peak a decade ago. “We have employees that are doing the same if not more work with less bodies and that takes a toll over time. Any organization – public or private – that has a lot of employees, we can only do that for so long.”

“It’s true that a budget reflects your values,” Rochelle Swanson told the Vanguard. “For us to run the level of services that we do in this community, it costs.”