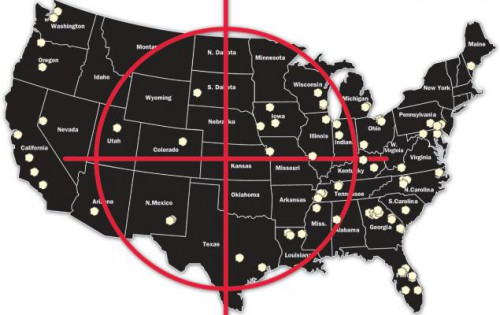 The first step toward a solution to a great problem is to acknowledge the problem, and the problem with respect to guns is that what we are doing is not working.

Yesterday, the New York Times published their first front page editorial since 1920 and argued, “It is a moral outrage and national disgrace that civilians can legally purchase weapons designed to kill people with brutal speed and efficiency.”

When the terror attack occurred in Paris three weeks ago, the focus of public attention turned to ISIS and organized international terrorism. The national debate moved toward whether we should be excluding refugees from Syria.

There is, of course, now evidence that the husband and wife involved in the latest shooting in San Bernardino pledged their allegiance to the Islamic State. But FBI Director James Comey said that the investigators had found no evidence that the killers were part of a larger group or terror cell.

I would still argue that by far the bigger threat to the safety of the typical American is a home-grown problem, not an international problem.

The Christian Science Monitor in an op-ed asks, “Is the conflation of two problems – international terrorist attacks by lone wolf extremists and domestic mass shootings by individuals with semi-automatic rifles – the best way to solve them both? Democrats seem to say yes, while Republicans disagree.”

After all, some would argue, the problem in San Bernardino, regardless of the motivation, was the ready availability of weapons.

As we wrote back in October, the facts are clear – shooting sprees are not rare, gun ownership on the whole is declining, violence and crime have been declining and yet, despite this, active shooting events have been on the rise.

The data as we reported is relatively clear, however. Gun control is not politically popular and, while it ebbs and flows, in general the trend is moving away from the view that gun control laws should be stricter. This despite the fact that “[f]irearm deaths are significantly lower in states with stricter gun control legislation. Though the sample sizes are small, we find substantial negative correlations between firearm deaths and states that ban assault weapons (-.45), require trigger locks (-.42), and mandate safe storage requirements for guns (-.48).”

Current policies are not working. The NY Times op-ed acknowledges, “Opponents of gun control are saying, as they do after every killing, that no law can unfailingly forestall a specific criminal. That is true. They are talking, many with sincerity, about the constitutional challenges to effective gun regulation. Those challenges exist. They point out that determined killers obtained weapons illegally in places like France, England and Norway that have strict gun laws. Yes, they did.”

I agree with the opponents here – I don’t think we can really stop people committed to doing destructive acts. Many are willing to die at the end of their acts. That means that we cannot deal with these issues by deterrence.

On the other hand, I don’t believe the gun owners’ view is the solution either – arm the citizenry to the teeth in hopes that they will shoot the active shooters before they can do their damage.

The problem I see there is that situations are dynamic, they are fast-moving, but untrained people can make a lot of mistakes. Part of the problem we are seeing in cases like Laquan McDonald and others is that trained police officers are making mistakes shooting unarmed people who pose little threat to them. If trained police officers mistakenly shoot innocent people, what are untrained citizens going to do?

There are some problems with the New York Times editorial, as Nick Baumann, the Senior Enterprise Editor of the Huffington Post pointed out on Saturday.

He highlights an article from the Times from last year, “The Assault Weapons Myth,” which shows the efforts to shift focus away from assault-weapons bans and “focus their attention on measures that are more likely to be effective at preventing gun violence.” Most violence in America involves handguns, not assault weapons.

Mr. Baumann writes, “To the Times’ credit, it mentions that its plan would require some gun owners to give up their weapons. But it doesn’t explain how the government would go about getting people to surrender them. There are 300 million guns in American homes. Confiscating even a small percentage of these — the Times’ ‘certain weapons’ — would be an enormous, dangerous, and politically fraught undertaking. Banning civilians from owning ‘certain kinds of ammunition,’ as the Times also suggests, would be even harder.”

He adds, “Perhaps most glaringly, though, this editorial fails to mention that electoral politics — specifically Republicans’ dominance of the U.S. Congress and the fact that some Democrats seem to be more afraid of the NRA than they are of gun control groups — is the biggest reason why President Barack Obama wasn’t able to pass even modest gun control measures in the wake of the Newtown massacre. Congressional Democrats tried pushing new gun control measures again on Thursday, by the way. Republicans blocked them all. But ‘if you want gun control, vote for liberal Democrats for Congress’ would be a short editorial.”

My argument is what we are doing is not working. The current policies have failed. The Democratic response won’t work because they lack the votes. The conservative response, in my view, will make the problem worse.

We see that the trend away from gun ownership and the decline in crime are not linked to the rise in mass shootings. That suggests that a mass shooting is unlikely to be linked to either the availability of guns or the overall crime rate – meaning that it is a separate phenomenon.

If we accept that mass shooters are essentially individuals committing their final act, as they usually kill themselves or are killed by the police, then perhaps the act itself has the meaning.

Our suggestion in October was that the act itself and the publicity of the act itself was meaningful. And so what we need to do is play down these incidents – hard as that may be.

It is hard for the news media not to cover a massacre, but perhaps that is the strategy that can work to reduce the number of mass shootings.

Eric Harris, the infamous shooter in Columbine, would point out in a journal entry that it is not about guns, it is about television, film and fame. Cut out that part of the equation and you might see a reduction in mass shootings. It is, of course, not easily done, but worth investigating.

88 thoughts on “Sunday Commentary: When Will We Acknowledge the Truth on Guns?”