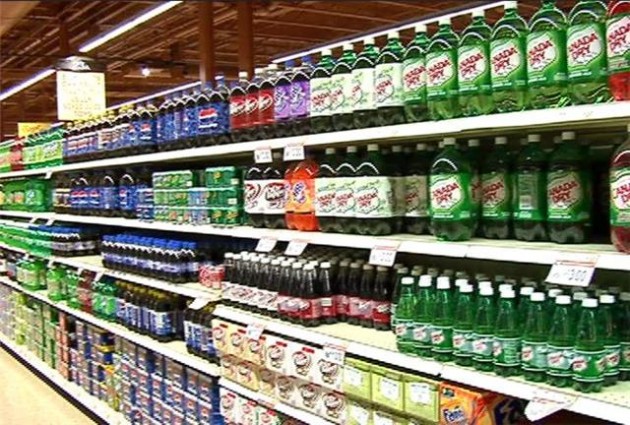 The Davis City Council this evening will be considering a number of potential revenue measures. While most of those will be aimed toward developing a revenue stream to pay for ongoing city services and upgrading infrastructure, the soda tax figures to be a bit different.

At the December 1 meeting, the city council requested that the revenue discussion include the possibility of a sugar-sweetened beverage, or soda, tax, similar to what Berkeley passed with a 75 percent acceptance rate in November of 2014.

In Berkeley, each ounce of a sugar-sweetened beverage is taxed one cent. Staff notes, “The tax there is anticipated to generate $1.2 million in its first year, although there is not yet a full year’s worth of data. The first quarter, however, generated $375,000.”

For Davis, staff estimates that a similar tax would generate between $800,000 to $1,000,000. The City Attorney has looked into whether Davis, a General Law city, is eligible to implement a soda tax and has determined the city is legally able to pursue this type of tax.

Staff notes that, to date, “No community outreach or further research has been undertaken at this stage by city staff related to a potential soda tax, although the process to bring this type of tax to the ballot is the same as any general or special tax.”

Last week, the Vanguard met with Harold Goldstein, executive director of the California Center for Public Health Advocacy, based in Davis, who said that, while Berkeley is so far the only city to have enacted a soda tax, “others are coming.”

“There is no question,” he said.  “In some ways it’s like the anti-tobacco movement.  California was first, but now almost every state has a tobacco tax.”

Dr. Goldstein noted it is stunning just how much sugar people are drinking. He said that the biggest creative accomplishment for the beverage industry was the development of those self-serve twelve packs. “They get real estate in your refrigerator,” Dr. Goldstein noted.

Studies have looked at how much of the obesity epidemic is caused just by soda. A study between 1977 and 2001 looked into the issue and found that, in 2001, people on average were consuming 278 calories more per day than they were in 1977.

That doesn’t sound like a whole lot, but it is. It is estimated that, for every 3500 extra calories, a person gains one pound. At 278 extra calories a day, that means that, every two weeks or so, people are gaining one additional pound. Over the course of a year, that means the typical person could be adding up to 25 to 30 pounds.

Dr. Goldstein noted that the perception that people have to dramatically overeat to gain a lot of weight is false. Moreover, of those 278 calories, about 43 percent is coming from the consumption of beverages.

How attributable are these factors to sodas? Dr. Goldstein believes that the research shows that sweetened beverages are responsibility for half of the problem and that we need to start addressing this epidemic by starting with the biggest culprit first.

He noted that diabetes is now the leading cause of increased health care costs.

The way that a soda tax would work is that they would tax it directly on the distributors. Dr. Goldstein said they have found there are only five or six distributors and that this tax is extremely easy to administer, with only about two percent of proceeds going to administration.

The distributors are the ones that are taxed, and then the vendors decide what to do. Early on, he said, it looks like they “eat” the tax themselves, but over time they pass more and more down to the consumers – which is where the proponents want it to go, because they believe that the evidence shows that, with increased costs, consumption goes down.

In Berkeley they established an expert panel and the initiative defined who would be on the expert panel.

In Davis, there is a simpler approach, which would utilize the Social Services and Parks and Recreation Commissions. They would be given the power to advise how to use the money.  Dr. Goldstein believes this would solve the problem of the advisory.

The money would go to a lot of children’s programs, which in tough budget times have shrunk or gone away altogether.

He said, “It makes a lot of sense to tax a product that has a lot of detriment and no benefit and help to fix the problem it’s causing.”

However, he warned there will be considerable pushback, as the beverage industry is a multi-billion dollar industry. CalBev is already here he warned, based on two paragraphs in the Enterprise. Dr. Goldstein expects them to spend $2 million against the soda tax in Davis.

The pushback is already coming. In today’s local paper, Kevin Wan, owner of Sophia’s, has an op-ed arguing against the proposed tax.

He writes, “Proponents say the funds would be used to ‘educate’ Davisites about the ‘perils’ of these beverages. Really? What kind of educational program would that be, exactly? Is there any actual plan for where this money is going?”

He continues, “If Davis voters follow in Berkeley’s footsteps, we’d become only the second city in the nation to burden small businesses with a tax on hundreds of sweetened beverages. Lucky for us, Berkeley has provided a pretty clear picture of what a ‘soda tax’ on iced teas, coffee drinks, energy drinks, juices and soft drinks really looks like. Voters should know it’s hardly a success.

“And while proponents are suggesting that Davis could raise nearly $1.5 million annually from the tax, the citizens of Davis should know that’s a gross overstatement. Berkeley isn’t even projected to collect that much and Davis has half the population,” he said. “A penny per ounce doesn’t sound like a lot, but that amount instantly raises the cost of some products by 50 to 100 percent.”

He argues, “Whatever the outcome, Davis businesses and residents pay the price. The Davis City Council has set a goal to ‘undertake actions to recruit and retain businesses.’ Taxes that single out retailers for selling products consumers want are neither attractive to new businesses nor sustainable for existing ones.”

Mr. Wan concludes, “If the Davis general fund is in need of money, or if the council members have projects that need funding, let’s have a genuine conversation about sustainable and reliable revenue streams. But let’s be honest about what these funds are really intended for and not ignore the problems such a tax creates.”

But, as Mr. Goldstein would argue, this isn’t really about general fund money, this is about addressing a health epidemic. He simply sees this as a mechanism to begin to address the big business that is the soda industry.

63 thoughts on “Will Council Put a Soda Tax on the Ballot?”