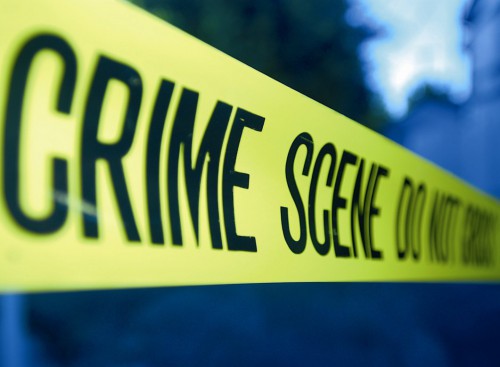 For the first time in over a decade, crime rose across the board in Los Angeles, including a 19.9 percent increase in violent crime along with a 10.3 percent increase in property crime, the LA Times reported. They noted, “The increases follow more than a decade of steep declines in crime, particularly in homicides.”

The article notes that police officials are putting those numbers into context against the backdrop of historical lows at the same time, noting that “the increases have sparked concern in neighborhoods across the city, including Southside areas that have seen jumps in gang-related homicides as well as more affluent areas where residents have complained about thefts and car break-ins.”

What I found more interesting was, drilling deep into the article, we can see a genesis for a new approach – and one that doesn’t involve cracking heads – that seems to be producing results.

The article reports on what happened in South Los Angeles (the area that used to be known as South Central), which “saw troubling increases in violent crime this year. The area experienced its deadliest August since 2007, with 15 people killed in the last two weeks of the month.”

So the upper brass deployed its Metro squad which has a bad reputation for “hard-charging tactics,” to put it euphemistically. Those officers were deployed in some of the hot spots and worked with gang intervention workers.

The approach got results and, by the fall, the Times reports, “the homicide numbers in the area had returned to levels comparable to recent years.”

But they didn’t come in cracking heads this time. The Times reports, “City Councilman Marqueece Harris-Dawson, who represents the area, praised police for increasing patrols without creating an oppressive atmosphere for residents.”

“There is the knee-jerk reaction of sending in the cavalry to occupy the streets, and I think they resisted that instinct,” Mr. Harris-Dawson said. “I think their integration in the community makes it much easier for the community to work with the police rather than be concerned about what the police might do.”

The critical findings are that, since the LAPD shifted their approach with Metro in July, “citywide violent crime figures dropped 1 percentage point, while the property crime rate did not change.”

Writes the Times, “Police officials said they believe their strategies are showing signs of success. The Metro unit has taken 236 guns off the streets since July, nearly three times as many as in the first half of the year, Moore said. Felony arrests by Metro officers have also tripled, he said.”

In other words, by shifting tactics, they were able to, over the period of nearly half a year, stabilize the crime rate. They did so without having to result to overly-aggressive tactics that would have undermined police-community relations. And they did so within the framework of existing laws like Proposition 47 and AB 109.

Across the country, many are putting the blame for rising crime in some cities on Ferguson and related protests, but in California, the key variable is more likely Prop. 47. This was passed November of 2014 by the voters and has led to the release of about 13,000 offenders from prisons and jails while it has reduced the penalty for new offenses for a handful of drug and property crimes by reclassifying them from felonies to misdemeanors.

Crime is now up in California, particularly in the largest cities, and many are blaming Prop. 47 for the crime increases.

As Seven Greenhut wrote early in December, “Certainly, there’s nothing ridiculous about asserting that letting more offenders out on the street might lead to higher crime rates. But just because the correlation exists and the theory is plausible doesn’t prove causation.”

However, Michael Romano, director of the Stanford Justice Advocacy Project, which was a key sponsor of Prop. 47, argues, “The correlation that is suggested by some law enforcement officials, frankly, does not square with the available data, and, certainly, the data that has been released by state agencies… indicates that those who’ve been released early under Proposition 47 are not responsible for the crimes being reported.”

As the Vanguard reported earlier this year, the ACLU’s report shows that Prop. 47 has been a success based on reduced incarceration rates and predicted cost savings. However, they write, “The fact is that it’s way too early to assess 2015 crime rates in California at all, let alone potential causes.”

They note that, while crime has increased in some communities, it is far from a statewide trend. Moreover, they argue, the implementation rate has been inconsistent across the state where some local law enforcement officials have displayed “a disappointing level of resistance” in their response to Proposition 47.

“Some are making irresponsible and inaccurate statements linking Prop. 47 and crime,” the report says. “Others are falsely claiming that they are no longer able to arrest people for petty crime or that a misdemeanor is not a ‘real’ penalty.”

Mr. Greenhut notes, “Proposition 47 isn’t the only major reform that has softened California’s tough approach toward crime and incarceration. The Brown administration implemented a ‘realignment’ program that has moved prisoners from state penitentiaries to the county jails (and included early releases) to comply with a federal court order to reduce prison overcrowding. Voters also reformed California’s toughest-in-the-nation Three Strikes law in 2012.”

He writes, “Crime rates have generally fallen since those two far-reaching criminal-justice-related reforms. The Public Policy Institute of California last year noted that state violent crime rates are at their lowest level since the 1960s and property crime rates are near record lows. Those latter rates spiked in 2012, but then continued their hard-to-explain free fall.”

31 thoughts on “Analysis: Even Under Crime Rate Increases, Reason For Hope”