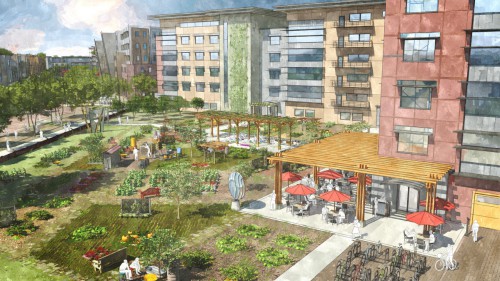 If the council adheres to the concerns of the Finance and Budget Commission, it would be compelled to push the Nishi vote back to November. The overwhelming sentiment was not that Nishi was a bad project, but rather that it wasn’t ready to go on the ballot yet.

At their January 11 meeting, the Finance and Budget Commission (FBC) passed a series of motions regarding innovation center development in the City. These recommendations came after several months of reports to the commission regarding both the Mace Ranch Innovation Center and the Nishi Gateway development.

The FBC recommends Scenario 3 (privatized park, open space and street maintenance) as the desired option when looking at development and that the council not proceed with the baseline as laid out. (Passed Unanimously)

The FBC requests that an infrastructure financing study be done with a 70% loan to value ratio so as to limit the use of a community facilities district (CFD). (Passed Unanimously)

The FBC requests an analysis of what a small second mortgage to augment the financing of the project would look like. (Passed Unanimously)

The FBC recommends that the city council does not move forward with any development project until such time as a method is found to ensure a profit to the city. (Yes-Knickerbocker, Salomon, Wood;   No-Carson, Miller;   Abstain-Weiss, Williams   Passes 3-2-2)

The FBC recommends that the city council does not approve development of innovation center projects until the economic analyses are complete and accurate. (Yes-Knickerbocker, Miller, Salomon, Weiss, Williams, Wood;   No-Carson     Passes 6-1)

The FBC does not consider the current EPS report to be complete and accurate until the concerns contained in the handout submitted at the January 2016 FBC meeting and additional questions from commissioner Williams are answered. (Yes-Knickerbocker, Miller, Salomon, Weiss, Williams, Wood;   No-Carson     Passes 6-1) 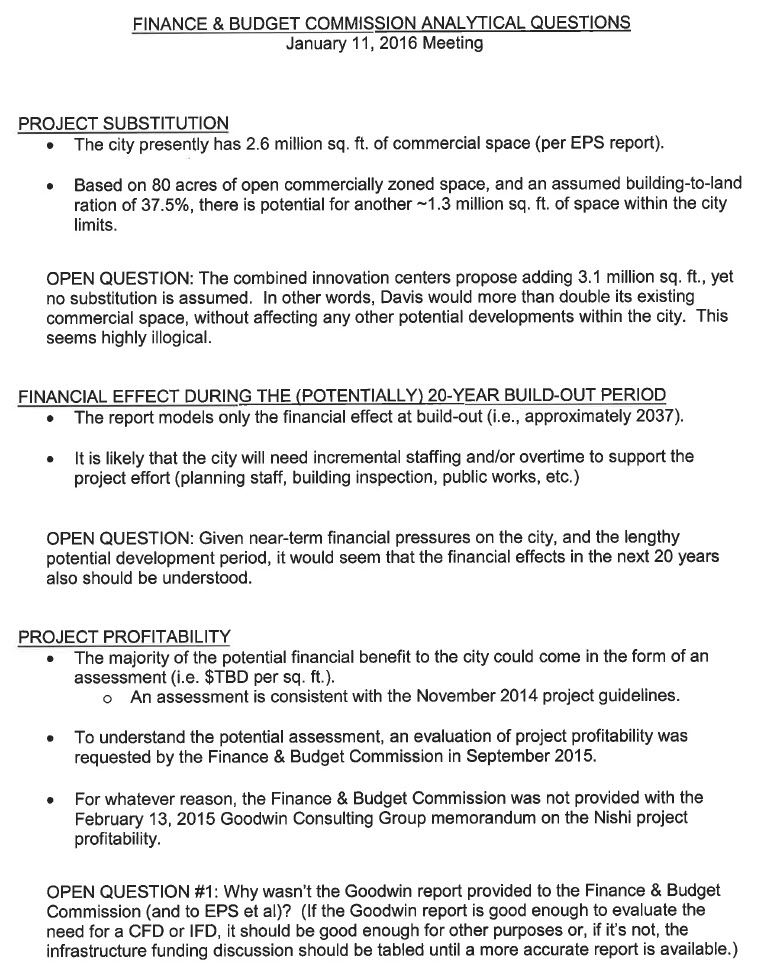 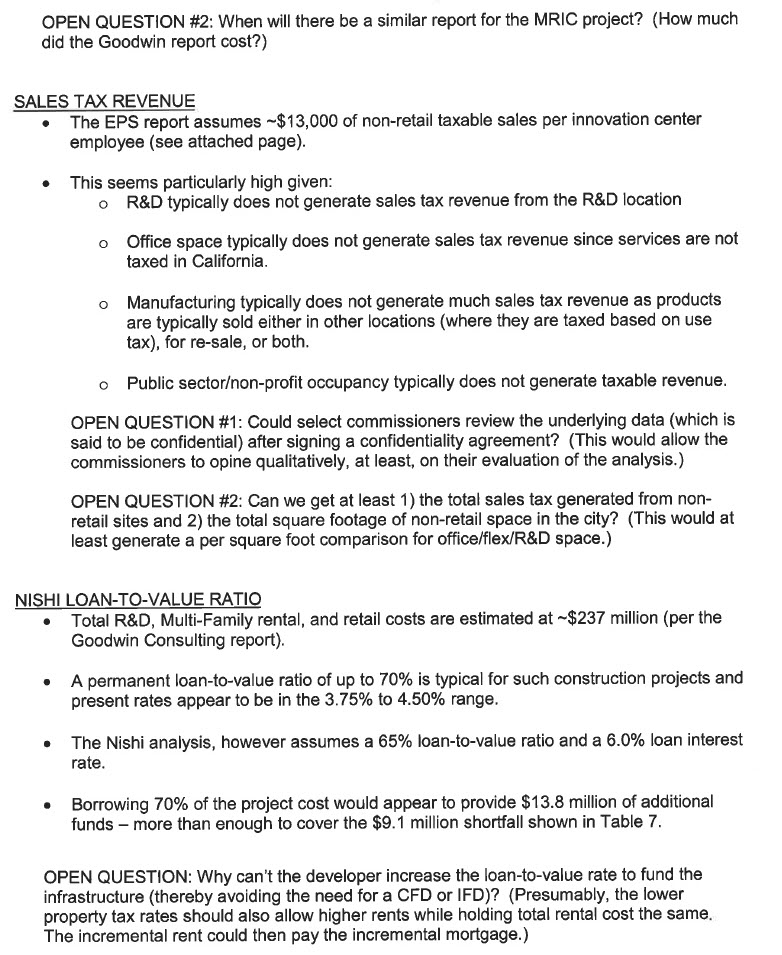 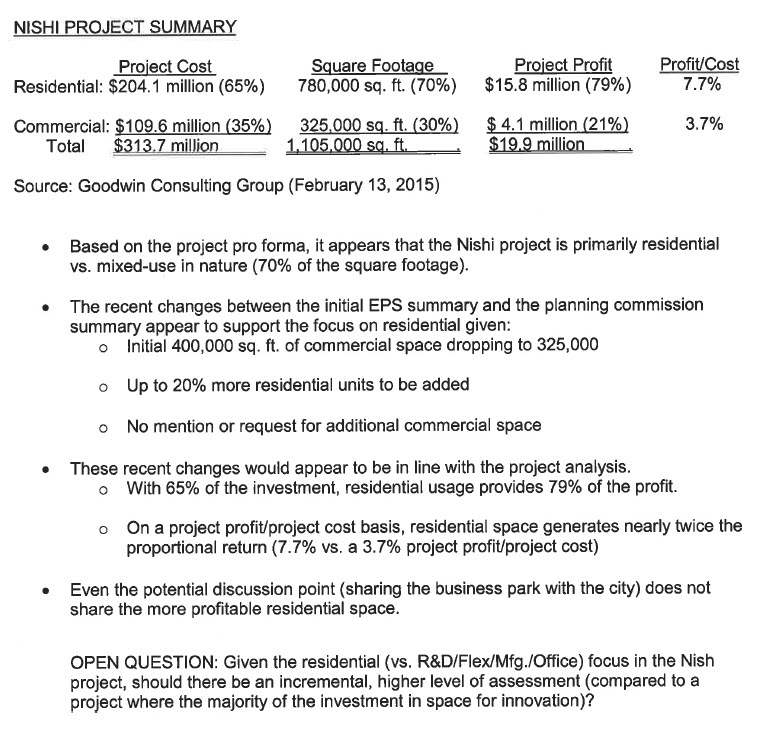 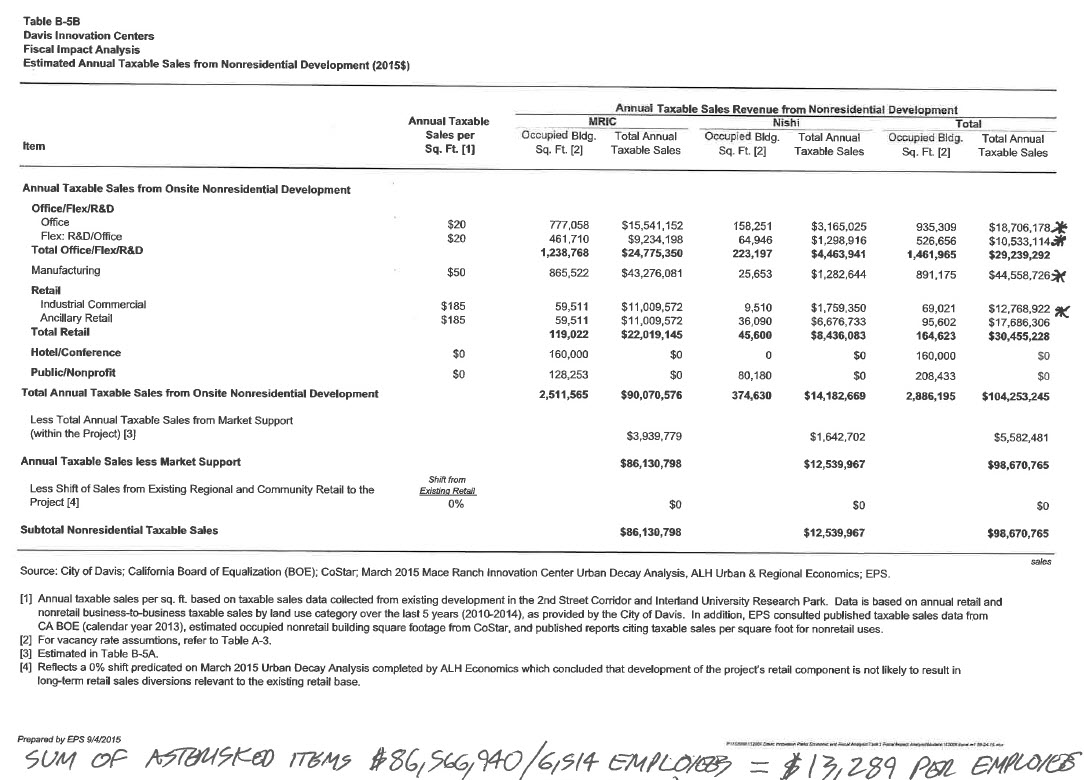