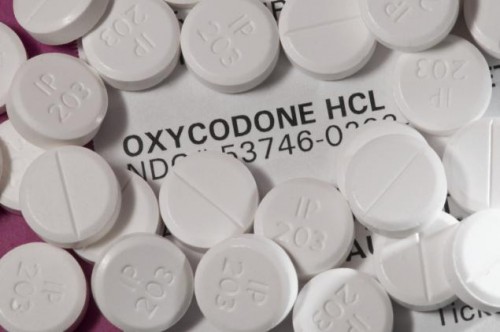 The prosecution presented physical evidence of allegedly fraudulent prescription forms for 30 mg. of Oxycodone and 10 mg. of Flexeril. The prescription forms were issued at the Marina Shore Medical Group in Long Beach, CA, to a Mr. F, who supposedly resided in Santa Rosa, CA.

Musoke had used these prescription forms in an attempt to pick up the controlled substances at Eagle Drug on May 20, 2015, in Winters, CA. He expressed to the pharmacist that he was Mr. F’s caretaker. The pharmacist was suspicious of Musoke and did not fill the prescriptions for Oxycodone and Flexeril, confiscating the forms instead.

Officer Brown responded to Eagle Drug after receiving a call from the suspicious pharmacist, and retrieved the confiscated forms, but the suspect, Musoke, had already vanished.

A warrant was issued for Simon Musoke’s arrest by Yolo County.

On September 29, 2015, Musoke was located and arrested at the Los Angeles airport after a return flight from a visit to Africa. Officer Brown arrived at the LA airport to seize his suspect, Musoke, and then drove him a considerable distance back to the Winters Police Department, where he and DEA Agent Glidell interviewed Musoke.

Musoke revealed that he was working for his Aunt Rose, who is a caretaker for Mr. F, but that he, himself, was not the caretaker nor did he even know who Mr. F was.

He stated that he had been driven to various locations throughout California to drop off prescriptions, although he was never aware of the specific names of these places. Fifty dollars was awarded for each successful prescription he was able to acquire.

His Aunt Rose had advised him to tell police that he was the caretaker for Mr. F if he was ever apprehended.

The defense asked Judge Richardson to consider reducing counts 1 and 3 from felonies to misdemeanors. Several reasons were presented by the defense in support of this motion.

The defense claimed that there is no clear indication that the prescription was, in fact, falsified. Second, Musoke never tried to impersonate anybody when he went to Eagle Drug. Third, he was cooperative with the police the entire time and, as a hardworking student in Los Angeles and a youth pastor, he is considered an upstanding citizen.

Judge Richardson denied the defense’s motion for reducing the felonies, given Musoke’s own admittance that he was paid 50 dollars for every successful prescription, and his initial false claim of being Mr. F’s caretaker.

Both of these were indications to Judge Richardson that Musoke was well aware of his unlawful actions.

Share:
Tags:Court WatchPrescription DrugsYolo County
Previous : Is This a Case of Domestic Violence? Wife Says She Was Instigator
Next : Planning Commission Forwards Nishi to Council