The keynote speaker for the Davis MLK Day celebration was ACLU Northern California Policy Director Natasha Minsker. This year’s event focused on Black Lives Matter and criminal justice system reform. She said that “today we recommit our community to the goals of racial justice and ending racial oppression.”

In order “to achieve that goal,” she said, “we must radically reform our criminal justice system.” Ms. Minsker noted that in the last few years, the Black Lives Matter movement “has brought to the national consciousness the reality of violence endured by people of color at the hands of law enforcement every day in this country.”

Because of this activism, she said that the community can bring to light the names and faces of African Americans, unjustly killed by law enforcement in the last few years – Eric Gardner, Tamir Rice, Sandra Bland and so many more.

“This being Davis, I bet most of you can bring to mind the numbers that show the compelling need for change to our criminal justice system,” she said, citing stats like one in four African American men will go to jail or prison. A young African American man is more likely to go to prison than to graduate from college.

In order to do that, she said, we have to understand where we come from, “how the law has been used as a tool of racial oppression in this country from the very beginning.” She traces it to the 1600s “when criminal law was used to enforce the status of being a slave.” The law was used to categorize race and classify African Americans and Africans as second-class citizens and “even subhuman.”

She noted that “some of the activity was only a crime if you were black and all of the punishments were worse if you were black – this was explicit in the law.” For instance, it was lawful to kill a black person who was resisting arrest or who resisted the authority of their white slave owner.

“Think about that one of the first laws in our country gave the police the power to kill black people for resisting white oppression,” she said. “The end of slavery did not end the narrative that African Americans and indeed all people of color are second class citizens. It didn’t even end the legal structures that enforced segregation and the second class status of African Americans.”

The end of slavery brought the Jim Crow era that made African Americans second class citizens.

It was important to understand, Natasha Minsker explained, that “these were criminal laws. It was a crime to use the wrong bathroom.”

She noted that today, when we engage in civil disobedience today, we march through the streets, we refuse to move, and the police may arrest us for the failure to disperse because we are blocking the street.

“That’s not what was happening in the civil rights movement,” she explained. “Rosa Parks was arrested for being a black person sitting in a place reserved for white people. Our criminal laws made it a crime to be black in places of white privilege.”

Ms. Minsker noted that not only did we see the use of Jim Crow laws to enforce segregation, but “we also saw the increasing use of proxies, particularly poverty, as a proxy for race.”

For instance, there is a poll tax that requires a payment in order to be able to vote. It is not explicitly based on race, “but it functions to exclude primarily African Americans.” The jury system by the 1920s didn’t specifically exclude blacks, Ms. Minsker explained, but rather the mechanisms put in place made it impossible for a black to even imagine serving on a jury.

Under the civil rights movement, “the explicit race-based divisions in our law go away, some of the proxies go away.” “The signs that say whites only go down, and the poll tax is abolished,” Natasha Minsker explained. This change however, “has very little impact on the criminal justice system.”

In the 1970s and 80s we see an incredible expansion of our criminal justice system. “Things that were not crimes before, become criminal,” Ms. Minsker stated. For a time, it was illegal to sell drugs “but it wasn’t a crime to possess a certain amount of drugs, and it wasn’t a crime to use those drugs, and then it became a felony.”

More behavior became defined as criminal with longer sentences for all kinds of crimes. The rights of people accused of crimes were taken away. “We see an incredible ballooning of the sheer number of people impacted by the criminal justice system,” she explained. “Because the racial bias has been baked in from the beginning, when we increase the number, we just exponentially expand those disparities.

“Today we have a system where the criminal justice system operates as a massive instrument of control for people of color, particularly for African Americans and Latinos,” Natasha Minsker said. She repeated, one in four African Americans is either in custody or under the control of supervision. “It operates as a system of control for the heavy police presence in communities of color, police presence that is not there to investigate crimes against people of color as the crimes to which African Americans are victims continue to be the least likely to be solved.”

She continued, “There is a heavy police presence there to police or control.”

Once in the criminal justice system, people often remain under that control.

“If you are convicted of a felony in this system, it is nearly impossible to get a job and if you don’t have a job, it’s impossible to have a place to live,” she explained.

Natasha Minsker explained, “We have dismantled the explicit race-based laws. Those aren’t there.” She argued that the disproportionate impact “works through implicit bias.” She argued, “Three hundred years of legal oppression has created in all of us implicit bias. As a result of all of that legal system and real oppression, we now are burdened by an unconscious association between crime and race.

“It doesn’t make us bad people. It just makes us people,” she explained. “But we have to address it.”

She argued, “That implicit bias also continues because poverty continues to be a proxy for race.” She noted, African Americans “continue to have the least financial resources in this country and are the most likely to live in deep poverty. Our entire economic system continues to be based on deep inequality.

“It begins with bail,” she said. “If a person is arrested, then they can post money bail and then get out.” A wealthy white person can bail out of jail if arrested. They will go home, keep their job, they will remain with their family, hire an attorney and “get a better outcome.”

Someone who is in jail and can’t afford bail will stay in jail “and that person loses their job, loses their home, sometimes loses their family and they are under enormous pressure to take a deal and get out as soon as they can and try to restore what they can in their lives.”

She explained, “The entire criminal justice system is based on economic inequality from the very start.”

She said the scale of this problem is huge, enormous and overwhelming. “To achieve racial justice in this country we must fundamentally transform our criminal justice system.”

“We have to address the structures that tip the scales of justice away from the poor,” she said.

While it sounds overwhelming, Natasha Minsker said “it’s really not because we know what to do. And knowing what to do is half the battle.

“We know what to do, all we need is the will to do it,” she said. “More and more in this country people are demonstrating that we do have the will.”

Last year, for example, in California, we passed the Racial and Identity Profiling Act. “This was a ten-year effort,” she said. “California now has the strongest law in the country addressing racial profiling by police.”

She explained everyone expected the governor would veto the bill but, instead of waiting for the governor to make up his mind, people took action, marching on the Capitol. They held a sit-in. They held a vigil for days.

The rest of the program: 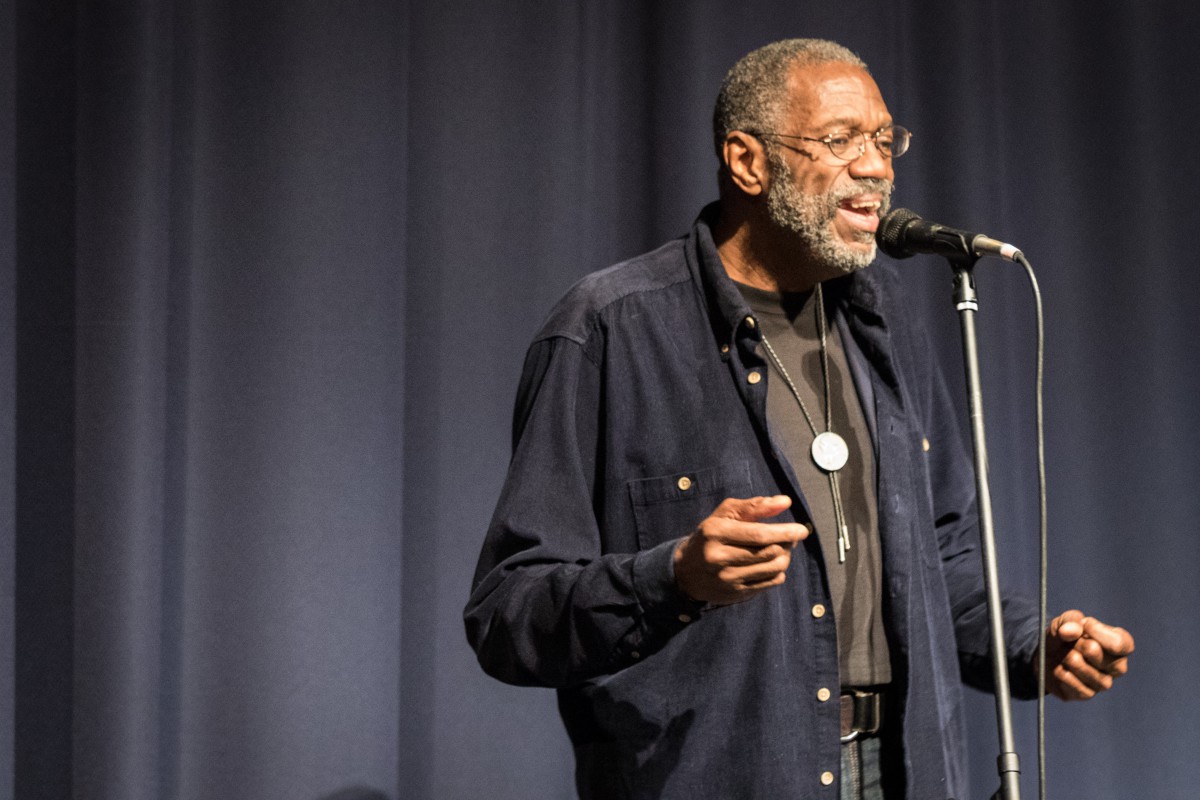