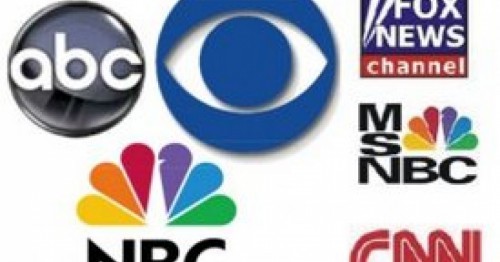 Fascinating article yesterday morning in the Atlantic on how Donald Trump has exposed the media’s diversity problem. I’m less interested in Trump here and more interested in some of the studies on journalists.

Of course for years, going back at least to Richard Nixon, the right has believed that the so-called “mainstream media” is biased to the left, making it more difficult for them to get their message out. Mr. Trump is playing that to the hilt, although many Bernie Sanders supporters believe that the media is ignoring the Sanders phenomena and is focused on Trump.

To me, more interesting is a 2013 study conducted by Indiana University professors Lars Willnat and David Weaver. For years, of course, the right has complained about the under-representation of Republicans in the media, but this study shows (as usual) that reality is far more complex than the partisans allow.

I am going to go down their list in the order they presented it, and then provide my overall analysis at the end.

First, while the number of female journalists has increased over time, it’s still a heavily male field. In 1971 nearly 80 percent of journalists were male, and that number fell to 66 percent in 1982, but has remained fairly flat since. In 2013 it was 62.5 percent male, the closest gap, but it is still a very sizable one.

The researchers note, “Compared to the U.S. civilian work force in 2012, U.S. journalists are considerably less likely to be women (37.5 percent vs. 46.9 percent) and even less likely than the overall U.S. managerial and professional work force, which included 51.5 percent women in 2012. Thus, retention of women in journalism is still a problem.”

The researchers note that “a more appropriate comparison might be with the percentage of college degree holders who are minorities (27.9 percent according to the 2010 U.S. Census), considering that a four-year bachelor’s degree is now the minimum educational requirement for journalists working in the United Sates.”

Fourth, the partisan breakdown is interesting. The long held view has been of an industry dominated by Democrats and people who vote for Democrats. That may be masked by partisan identification, but the trend is still interesting.

In 2013, by far the largest group are Independents – 50.2 percent of the media, an absolute majority, are Independent. Democrats have fallen to 28 percent. Republicans are just 7 percent.

One of the weaknesses of the survey is that they don’t control for ideology, but the trend is interesting.

Both the left and the right complain about the media, and, from these demographics, they may both be right.

The Atlantic, for example, interviewed Alex Williams, a Ph.D. candidate at the University of Pennsylvania who studies trends in journalism. He said journalists are “disproportionately white, male, middle-to-upper class, and college educated.” Mr. Williams said that most people see the media as having an “elitism problem in that journalists nearly always rely on the official stances of politicians and experts—which amplify the voices of the powerful.”

From the perspective of the Trump campaign, Mr. Williams believes that those citizens with “controversial opinions” or, I would say, views outside of the narrow partisan divide, feel that they are unheard. However, to the extent that Trump, or to a lesser extent Bernie Sanders, are leading presidential candidates, “journalists are being forced to talk about the viewpoints that Trump is bringing up—even though they have typically been avoided in the past because they are offensive and politically infeasible.”

I think the right and Trump supporters have a point here. The demographics of the media are white, upper-middle class, well-educated, and, in a way, elite. Therefore, they are out of step with the portion of the country that is the base of Republicans – white, less educated, poor, religious (though the survey didn’t take that thermometer) and conservative.

On the other hand, the left can mount, in some cases, the same critique. While journalists are probably closer in ideology to the left, the left these days is heavily women and heavily minority, and therefore huge segments of the left are just as disconnected from the mainstream and elite media as their right wing counterparts.

To the Black Lives Matter movement, to take a current example, the fact that journalists are 92 percent white is likely seen as a huge problem. To others, the 62 to 37 percent split in gender may be a huge problem as well.

Couple that division with the fact that too much of the left’s criticism of the media is not the bias of journalists, but rather the control of the vast majority of mainstream media by very few, large and powerful corporate interests, and you have very low levels of support for the traditional media sources on both sides of the divide.

29 thoughts on “Monday Morning Thoughts: Media Bias May Not Be What People Think”