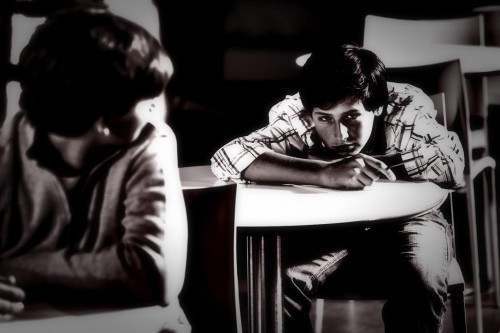 Growing up, there is always that one teacher, coach, or instructor we considered our favorite, maybe because of the subject they taught, or particular sport they coached. Perhaps it was the counselor that took the time to listen to you while you went through some tough times at home, or in the classroom.

Looking back, it is no coincidence that we remember those kinds of adult educators, ones that inspire and mentor, who make students hungry to learn, in a caring and connected environment that is both engaging and fair.

Relationships matter, especially so for students, and in a positive school climate it is imperative that students are given all the tools and resources to perform at their academic best, and also grow socially, emotionally and physically.

In their meeting Thursday night, the Davis Joint Unified School District (DJUSD) Board received an update on improving school climate, which is Goal 6 in the district’s Local Control Accountability Plan (LCAP).

Prior to the presentation, DJUSD Superintendent Winfred Roberson addressed the board, and said the district is “an academic center that focuses on academics, and students succeeding academically, but we recognize that the environment in which a student learns is important.”

He also said the YouthTruth survey and California Healthy Kids survey were important in letting the district know its effectiveness.

In order to bring a broader scope to their findings, Snow said the process includes both analytics with the data from students and hands-on observation in various school settings.

“That’s where we do the book of gathering of data about what a place feels like, what people are experiencing,” said Snow, who added that, after scrutinizing the data, they give their findings to the schools and the district.

She said that coming up with a definition for school climate is crucial.

Two out of the four aspects of school climate, safety and relationships, were the focus of the presentation.

The results of the YouthTruth survey, which was administered in August 2015, is still being “sifted through,” according to Snow.

However, what did come into full view was the longitudinal data provided through the California Healthy Kids survey, which was given to a total of 2,692 students in Grades 5, 7, 9 and 11.

The indicators of safety and mental health were what elicited the most attention from board members during the question portion of the meeting, notably the percentage of response by students in 9th and 11th grades to chronic sadness/hopelessness and those who considered suicide.

Snow said the percentage of 11th graders who answered yes to thoughts of chronic sadness/hopelessness jumped to 34 percent. In 2013, the same question garnered a similar reaction at a rate of 25 percent.

Board member Alan Fernandes asked for Snow to clarify whether she was speaking about the students in the entire grade, or that 11th grade class in particular, to which she responded by saying it was the former.

Out of the current 12th graders who were part of the percentage of respondents who said yes to thoughts of chronic sadness/hopelessness, Snow said when that cohort was in 9th grade, 26 percent reported similar feelings.

Board member Susan Lovenburg, who called the chronic sadness and suicide data “really disturbing,” wondered what the committee’s response was, and if they felt there were some good strategies in place.

“We’ve been looking at that trend for quite a while, so hence, that’s why we have the student counseling program,” said Mel Lewis, Co-Coordinator of School Climate. “I think that’s one of the ways to best address some of these things right now, but it’s a national trending. You know there’s certain ways that education is really delivered at the moment and how kids are finding a different way to engage with the world.”

Lewis remarked to Lovenburg that the outlook depends on how the data is processed, and that the higher rates could translate to more kids possessing the confidence to report their feelings and attitudes.

“This could even be looked at like we are creating an environment that is safe enough that kids can identify what is really troubling them,” Lewis said. “Now it’s for us to really engage with them differently.”

Additionally, the percentage of 11th graders who said they considered suicide in 2015 is a five percent increase from the numbers gathered in 2013, Snow informed the five-member board.

Trustee Tom Adams said that he was curious about the reaction of the two student board members, Winston Tran and Eli Inkelas.

“Does this ring true to you what you see here?” Adams asked, turning to face the two high school students seated to his left. “Can we get their impressions first?”

“I can’t say I ever thought about the percentages of my grade that have experienced chronic hopelessness, or attempted suicide, but it certainly is something you hear about and that you have friends, acquaintances who you know that have been there,” Inkelas said.

Inkelas said he was surprised at the percentages for juniors, and the rate of increase from the past. He also said the Class of 2018 numbers for bullying/harassment by cohort, for the 9th graders, was “surprising” and that the downward spike on the connectedness by cohort was “a little bit alarming” and “hopefully that’s an anomaly.”

18 thoughts on “Report on School Climate Finds Cause For Concern”