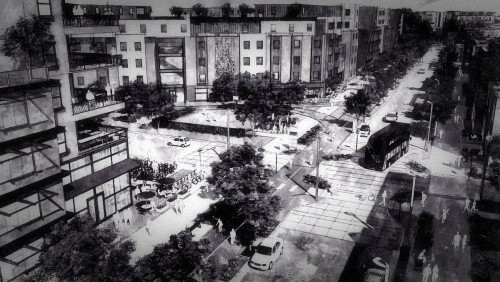 This past week the Planning Commission forwarded the Nishi project to the Davis City Council for consideration. The council evaluation begins with a workshop on Tuesday. Despite the 5-2 vote to move it forward, the commissioners had a variety of concerns that they expressed, from air quality to traffic circulation.

While those are clearly issues that the council will now have to grapple with as they decide whether to put the project on the June ballot, one issue that might be more quickly resolved is the fiscal issue.

As staff notes, the fiscal and economic analysis by the EPS study “concluded that the Nishi Gateway development is estimated to produce an annual net General Fund deficit of approximately $78,000 at buildout, with $1,273,000 in revenues and $1,351,000 in service costs.” The analysis identifies “Managing for Fiscal Success” measures that could result in a fiscal surplus of up to $465,000 per year.

According to staff, this annual net deficit or surplus for the Nishi project rests on two key factors: “1) the inclusion of residential units; and 2) an assumption of approximately 80,000 square feet of public/nonprofit space (20% of total nonresidential space).”

EPS itself mitigates the damage of the negative fiscal analysis by noting that “the presence of housing is a positive attribute that will enhance the mixed-use character valued in innovation centers and will likely improve the internal economics of the project. Similarly, public/nonprofit space is estimated to be a net burden on a city’s General Fund because public/nonprofit uses are assumed to be exempt from paying property tax revenue and real property transfer tax revenue, and are not estimated to generate any onsite taxable sales tax revenue). However, this type of space has the potential to attract UC Davis-related users, capitalizing on the university’s research strengths and strengthening the local innovation ecosystem and local project economics.”

Staff goes further in noting that a potential hotel project on the site “may result in an annual net fiscal surplus for the City’s General Fund.” However, EPS noted that “the replacement of some R&D uses with a hotel in Nishi would need to be evaluated in light of the need to maintain a critical mass of Office/R&D space in the innovation center, which may be possible with an additional hotel, depending on specific project features.”

However, the need for a hotel is not established and the applicant has found another way to fiscal sustainability. Staff writes, “Through the Development Agreement and Baseline Project Features, the property owner has committed to mechanisms for ensuring positive fiscal impacts for the City, such as offsetting any foregone property tax revenue to the City as a result of purchase or lease of the non-residential properties by the University of California.”

In short, the developer is committing to “[n]et fiscal positive with or without hotel.” The baseline features note this “could include make-whole provision for UC leases, Landscaping and Lighting Assessment District, Community Facilities District, positive negotiations with Yolo County, or other.”

The advantage of writing these provisions in to the baseline features is that they cannot be altered without a subsequent Measure R vote. It does require accurate assessments of fiscal net positives and constant monitoring, but the bottom line is that the developer here is committing to a fiscal positive without a hotel.

The Vanguard was recently reminded that the city’s goals for Nishi in terms of revenue generation were somewhat different from the innovation parks.

In October of 2013, the city council approved city-specific goals for planning the Nishi property and nearby UC Davis campus property as a mixed-use innovation district:

In 2014 the city called for and sought proposals to “provide jobs for Davis residents and revenue for City Operations.”

While the EPS assumptions have repeatedly been called conservative, most recently by Mayor Dan Wolk at the State of the City Address, by relying on more conservative assumptions, we end up with fiscal conclusions that are likely to hold up even if some of the more rosy assumptions do not pan out.

There are more rosy projections as well. Dan Carson of the Finance and Budget Commission analyzed various economic and fiscal consultant reports, as well as the project EIR, and concluded that “we find the economic analysis showing that the Nishi Gateway project would have a significant positive economic impact to be credible and reasonable,” saying as well that a “mid-range analysis shows that the project could have a direct net fiscal benefit to the city of more than $2 million annually with additional one-time fiscal benefits in the millions of dollars.”

While Mr. Carson often tends to be more optimistic in his evaluations than others, at the end of the day we do not need the Nishi project to exceed $2 million in annual revenue for the project to be viable from a fiscal perspective – a small positive fiscal effect should be sufficient to check this concern off the list.

That is not to downplay other concerns, but the commitment by the developers here should be sufficient to put fiscal concerns to rest.

20 thoughts on “Sunday Commentary: Does Nishi Pass the Fiscal Test?”