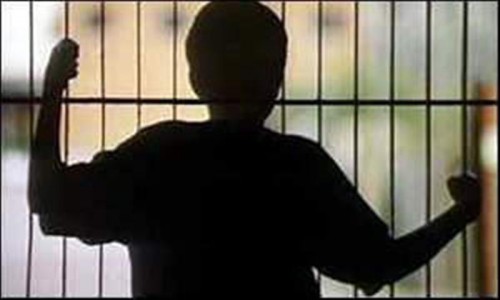 On Monday, the U.S. Supreme Court, in a 6-3 ruling in the case of Montgomery v. Louisiana, ruled that its 2012 Miller v. Alabama decision, which bans mandatory life-without-parole sentences for juveniles, must be applied retroactively, which will now give a chance at release for hundreds of convicted felons serving life without parole for murders they committed while juveniles.

The case centers around Henry Montgomery, who was just 17 years old back in 1963, when he killed a deputy sheriff in Louisiana. The jury returned a verdict of “guilty without capital punishment,” which carried an automatic sentence of life without parole.

Nearly 50 years after Mr. Montgomery was taken into custody, the Supreme Court (in 2012) decided that mandatory life without parole for juvenile homicide offenders violates the Eighth Amendment’s prohibition on “ ‘cruel and unusual punishments.’ ”

Writing for the majority, Justice Anthony Kennedy writes, “A State may remedy a Miller violation by extending parole eligibility to juvenile offenders. This would neither impose an onerous burden on the States nor disturb the finality of state convictions. And it would afford someone like Montgomery, who submits that he has evolved from a troubled, misguided youth to a model member of the prison community, the opportunity to demonstrate the truth of Miller’s central intuition—that children who commit even heinous crimes are capable of change.”

Justice Kennedy’s ruling, in effect, makes juveniles sentenced to life without parole eligible for parole. Justice Kennedy noted, “Extending parole eligibility to juvenile offenders does not impose an onerous burden on the States, nor does it disturb the finality of state convictions. Those prisoners who have shown an inability to reform will continue to serve life sentences.”

However, as pointed out above, “The opportunity for release will be afforded to those who demonstrate the truth of Miller’s central intuition—that children who commit even heinous crimes are capable of change.”

Mr. Montgomery, as Justice Kennedy wrote, submitted to the court “his evolution from a troubled, misguided youth to a model member of the prison community.” Justice Kennedy noted, “These claims have not been tested or even addressed by the State, so the Court does not confirm their accuracy.”

The petitioner’s submissions are relevant, however, he wrote, “as an example of one kind of evidence that prisoners might use to demonstrate rehabilitation.”

The New York Times notes, “There are more than 2,000 people serving sentences of life without parole for crimes they committed when they were not yet 18. Many of them automatically received those sentences for murders, without individualized consideration of their youth and other factors.”

In an editorial, the New York Times notes that the court once again has demonstrated that they believe juveniles are different. Starting in 2005 in Roper v. Simmons, the court held that offenders under 18 were ineligible for the death penalty, finding “that children were less culpable than adults and more likely to be rehabilitated, and that extinguishing their lives violated the Eighth Amendment prohibition against ‘cruel and unusual punishment.’”

Then, in 2010, the court outlawed life without parole for non-homicide cases for juveniles. And it went a step further in 2012, ruling in Miller v. Alabama that mandatory life sentences without parole were unconstitutional for adolescents.

But in 2012, “The court left open the question of whether that ruling should be retroactively applied to about 2,000 people who were sentenced automatically to life without parole before the 2012 decision. On Monday, in Montgomery v. Louisiana, the court offered the answer: The constitutional rule announced in the Miller decision applies retroactively to that group.”

The Times concludes by suggesting that the “court’s finding that juveniles are less culpable than adults and more capable of rehabilitation suggests that the justices should take the final step. That means outlawing life sentences without parole for children altogether, whether mandatory or not.”

And why not? Why not allow parole boards in the future to make the decision rather than state laws and juries in the present?

According to The Sentencing Project, the U.S. is the only country in the world now that allows life without parole for juveniles.

In a release, they note their 2010 “nationwide survey of nearly 1,600 individuals serving these sentences. We found overwhelming evidence that before they victimized others, many of these young people had been victimized themselves in ways that are difficult to imagine. We also found significant racial disparities, extreme poverty, and poor legal counsel associated with the imposition of life sentences for juveniles.”

They add, “Despite these patterns, we also noticed a tremendous amount of change and reform from the inmates themselves over the years, sometimes decades, that they had been in prison.

“As depicted in Senior Research Analyst Ashley Nellis’s book, A Return to Justice, mandatory sentences of life without parole for juveniles rose significantly in the 1990s during the so-called superpredator era, which has now been wholly discredited as fear-based media hype. Had it not been for the mandatory minimum sentences that were popularized during this time, the number of juveniles sentenced to LWOP would have been substantially lower.”

Marc Mauer, executive director of The Sentencing Project, stated, “We are very encouraged about the continuing momentum toward a more rational approach to responding to the behaviors of young people and we look forward to seeing its full implementation in the states.”

2 thoughts on “The End of LWOP for Juveniles?”