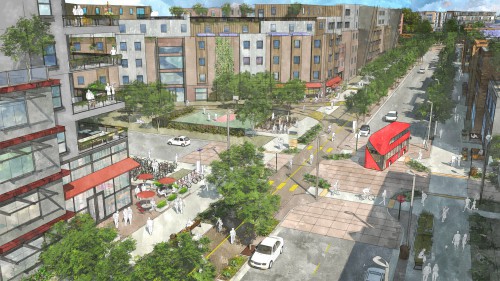 There are two basic levels of fiscal analysis for Nishi that need to be addressed. The first is the corrected EPS projection that the Nishi development would create a net negative of $106,000 in annual revenue. The second is the call by some that Nishi needs to generate ongoing revenue for the city. Both of these separate issues should be addressed in turn.

The EPS report, as many have stated, used very conservative assumptions to demonstrate the fiscal impact of Nishi on the city. I think it is safe to say, even using very modest assumptions, that the $106,000 deficit can be easily dispelled.

On Tuesday, Tim Ruff laid out that, while “Nishi will NOT be requesting a CFD [Community Facilities District] to finance the public improvements,” it will “agree to a landscape and lighting district to cover costs associated with maintenance of parks and a ‘make-whole’ provision for transactions involving public entities to ensure net fiscal positive.”

But added to that, there is the assumption that neither the 2004 sales tax nor the 2014 sales tax will be renewed. I think it is safe to assume that we will renew at least at the half-cent level, which would generate another $127,000. And I would go so far as to predict that it is more likely than not that we go to the full one-percent, which is another $127,000.

So those three factors alone change the EPS assumptions, pushing the project close to $300,000 in the positive.

Anyone who is arguing that Nishi Gateway will be revenue negative based on the EPS report is pushing a false negative.

The council, however, is going a step further and having representatives from the Finance and Budget Commission (FBC) meet with EPS and Plescia to make sure everyone is on the same page. That is due diligence.

But some people are not simply satisfied with the project being net fiscally neutral, they want it to be a revenue generator. For that they cite the goals of the project as laid out in October 2013, which said, “Revenue generation to support city services throughout the community.”

From the outset, I think it is important to recognize that everyone has different drivers. While Nishi got wrapped into the conversation on Innovation Centers, the Research and Development (R&D) space was always going to be small – around 325,000 square feet.

When Studio 30 evaluated sites for Innovation Centers, it saw the need to look at two peripheral sites over and above Nishi, which was always seen to be evaluated at roughly 300,000 to 500,000 square feet in R&D uses.

As Robb Davis wrote yesterday in a comment on the Vanguard, “We did include Nishi last year in the Innovation Park Guiding Principles and those principles DO say significant benefit but it was always going to be challenging to get there.” He would add that “direct fiscal benefit is only one element of economic benefit and I would invite people to read the EPS report for more on the ‘multiplied’ effects of this project, which are substantial.”

That said, if we examine Dan Carson’s analysis of how he got to about $2 million in net revenue, we can see a plausible scenario to get there.

There are three main drivers in and above what we have already discussed.

First, there is the projected hotel generation of $494,000. The city has commissioned HVS Consulting to come out with a feasibility study of TOT (Transient Occupancy Tax) projections. We have to understand that, in addition to the Hyatt on campus in close proximity, there is also the proposed Embassy Suites on Richards. In addition to those, there is an application for a hotel on Second Street across from Target and one on Research Park Drive.

Bottom line is that we will have a better sense when the HVS report comes out, but I would at least take the nearly half-million in projected revenue with a healthy skepticism.

Second, Mr. Carson sees a revenue stream of $420,000 from a CFD. No one at this time seems to favor a CFD. I still think we should at least look at a per square foot surcharge perhaps of $2 on the R&D, which could generate over $650,000 at build out. But that too doesn’t seem to be in the cards.

Third, Dan Carson projects major savings through the assumption of marginal instead of average costs for police and fire services.  Last week, he wrote, “EPS assumed it would cost the city $312,000 annually to protect 43 acres at Nishi, but the Fire Department gets about twice that much money annually to protect Nishi land — plus 32,000 acres more — in a local special fire district.”

Matt Williams, also on the FBC, wrote in a comment, “I agree with Dan that the ‘true’ marginal cost to the City for Fire and Police services is going to be significantly less than what EPS is projecting. However, it is important that the developer pay the full EPS calculated amount to the City each year, so I am not going to include that $734,000 cost reduction in this analysis.”

The bottom line is this – there are clearly people who want to see Nishi be an ongoing revenue generator for the city. The cleanest way to do that, in my view, would be a CFD or assessment that could generate $400,000 to $600,000 that, coupled with the savings from agreements already in place, and a reasonable assumption of the true costs for fire service and police protection, along with the extension of the sales taxes, can easily push the project into an ongoing NET revenue generation of over $1 million.

Right now, the council does not appear inclined to go that route. They seem satisfied with the project being net fiscally positive and with the benefits in terms of housing, sustainability and job generation.

The community will ultimately weigh on whether this is sufficient. We believe that the MRIC (Mace Ranch Innovation Center), with similar tweaks to the model and an appropriate assessment, can be the sole revenue generator that the city really needs.

But, at this point, it is safe to say that the EPS report is not describing Nishi as a fiscal negative on the city. Addressing three of their assumptions in a reasonable manner pushes the project easily into the positive.

70 thoughts on “Vanguard Analysis: Council’s Call on Revenue For Nishi”