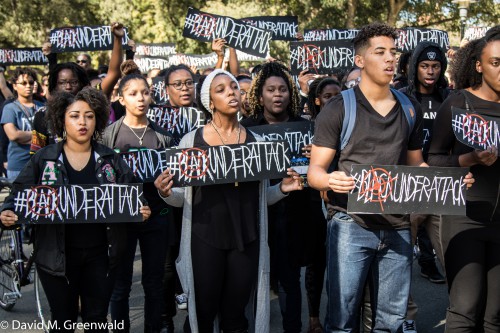 Many will want to dismiss the assault of a Black woman in West Village on Monday, February 15, by three men, all of whom were under the influence, to another late night alcohol-fueled incident. It is this type of collective response that stagnates communities in the movement toward understanding and combating racism.

The destructive power of hate language and crimes against marginalized groups causes the targets of those groups to live in constant anticipation of when they will be reminded that, no matter how much they strive for their own pursuit of happiness, they are still second-class citizens in the minds of many. Current politics serve as an affirmation that this is not an unreasonable delusion. As a result, the larger community becomes splintered, defensive and isolated.

It goes without saying that actions of this kind are not acceptable in any way, and it is up to everyone to denounce such acts, that they not only affect our community, but represent a larger marginalization of Black people, and specifically Black women, in our society as a whole. As a community we can help by supporting the demands brought forth at a rally on the UC Davis campus, where ASUCD President Mariah Watson stated, in the wake of the hate crime, “The Black community here in Davis DOES NOT FEEL safe.”  No one should feel unsafe in our community and we need to work to ensure that every resident, every visitor, and every student feels safe and valued.

As community members, this is concerning.  Students pushed for six very realistic and achievable demands.

We join in this call and, where applicable, we ask that the city of Davis pursue the first three options within the city as well.

We also would like to call attention to an additional hate crime that took place at the train station on Tuesday, February 23, where an Ethiopian man was assaulted and battered by a White male, while receiving racially derogatory comments.  As with the incident just mentioned above, we condemn hate crimes, and particularly hate crimes against the Black community, in our city.

In light of these incidents, we encourage community members to utilize resources to report hate crimes and hate incidents:

We ask that everyone stand in solidarity with the Black community as allies and support them as they negotiate these difficult times.