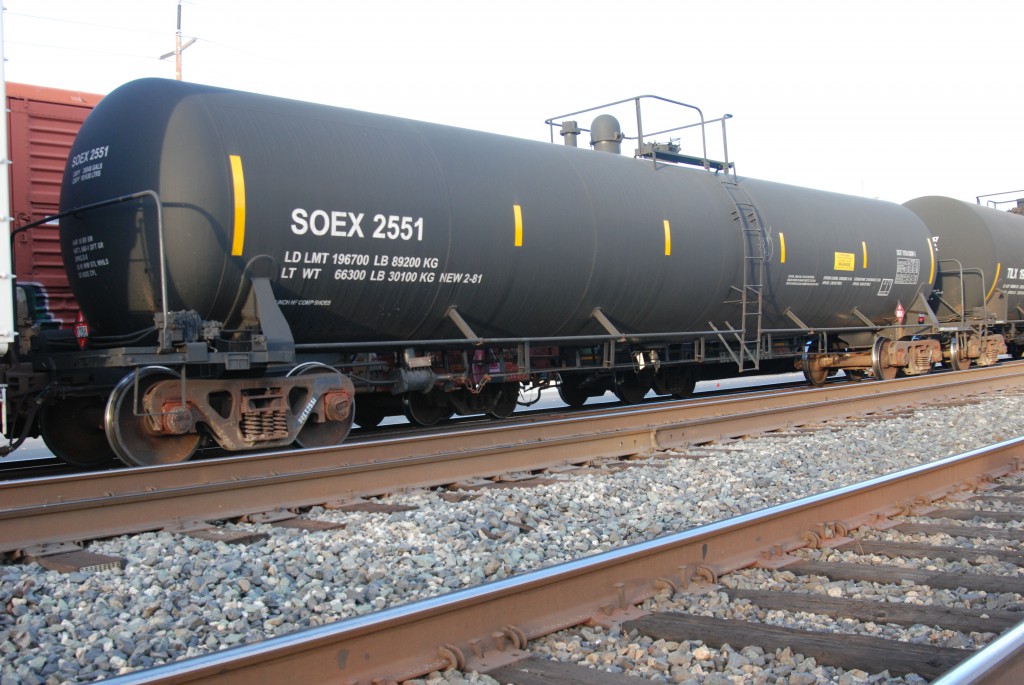 Central Davis could be incinerated. 1.5 million gallons of highly flammable crude oil will roll through Davis per train, cutting through the core of our commerce and population. Directly adjacent lies the Olive Drive Neighborhood, the Nishi Gateway, the Mondavi Center, Solano Park, the Old East Davis Neighborhood, and Downtown Davis.

These oil trains will run as close as 50-feet from the nearest residential structures, and less than one block from core downtown businesses. Maybe the odds are one in a million, maybe one in a billion, that a given train will derail and ignite on any given day at any one point on the railroad (such as Davis).

The Union Pacific rail line already carries a plethora of flammable liquids and dangerous chemicals. Rail is the safest form of transport for these materials. But oil trains are a unique animal, and the proof is in the pudding.

Oil train accidents have increased several-times-over in the last five years, largely in response to the sheer quantity of oil being shipped. In the last three years there have been over a dozen derailments resulting in tanker ruptures, several of which ignited in catastrophic explosions. For an idea of the catastrophic magnitude, search the web for “oil train explosion video”.

The deadliest of these explosions occurred in the center of downtown La Magentic in eastern Canada. The burning lake of oil released flowed through the town for several city blocks, engulfing buildings and leaving 47 people dead, some burned so intensely there were no remains.

The Benicia project EIR states the “odds” of a derailment/spill, but this vague average ignores the specific risks at any point along the rail line. Davis has a much higher than average chance for a derailment due to an inherent weak link in the rail infrastructure. This weak point is a left-handed, low-speed crossover between the main lines. It lies a few hundred feet east of the Amtrak passenger platform, adjacent to the PG&E substation near 2nd & L Streets.

Prior to the early 1990’s the railroad operated one direction per track on the right, so mainline trains could not access this crossover. However, in the early 1990’s, the track was upgraded for Capital Corridor service and trains now travel on either track in either direction. Trains cross over between tracks at new crossover points throughout the corridor, all of which are rated for 45 mph operation and protected by bi-directional signaling.

Today, however, mainline trains coming from the east on Track #2 can travel on the left-hand track and enter this crossover, and trains from the west on Track #1 may enter this crossover as well. Freight train top speeds east of Davis vary from about 50 – 65 mph, while curve speed is 30 mph. While all other mainline crossovers on the line are designed for 45 mph operation, the aforementioned crossover is rated at just 10 mph!

What makes this crossover so dangerous is the extreme difference in speed rating between the mainline and the crossover. This is compounded by the fact that train engineers see a “red-over-green” signal, just like the signal for crossovers on this line that are rated at 45 mph. Train engineers are sometimes lulled into the hypnotized rhythm of mainline rail operations, and must remember that this one crossover is the 10 mph exception.

Remembering this is an engineer’s job, but that doesn’t mean they will always remember.   About 10,000 freight trains pass through Davis each year, and if oil trains run, there will be over 1000 more. If only 1% of trains pass through this crossover, and 1% of engineers forget the crossover speed, that predicts that about one train per year will blow through the crossover at full speed.

The threat from having a low speed crossover between higher-speed main tracks is real and known. Several rail accidents have happened due in this scenario. On February 26, 2012, such an accident in Ontario, Canada killed three members of the train’s crew. Safety board officials called into question the practice of allowing low-speed crossovers between much-higher-speed mainline tracks.

While the Davis crossover is used for relatively few freight trains, the crossover in Ontario similarly was used relatively rarely. This fact was sited as a contributing factor in the accident, as it was speculated that the train crew may have used that crossover so rarely that they simply forgot the posted speed.

Trains passing through the Davis crossover at excessive speed is not theory. In 2006, I witnessed a westbound unit liquid-petroleum-gas (LPG) train pass through this 10 mph crossover at 47 mph! The scene was terrifying. As the engine entered the crossover, the headlight swung like an inverted pendulum to the right, then back left. I thought the engine was going to tip-over the motion was so extreme. The engine and tank cars whipped side to side on their wheel trucks, accompanied by the sickening sound of screeching metal. Oddly, the train eventually slowed but did not stop.

I thought at the time I had witnessed a once-in-a-lifetime event. However, in 2009 I witnessed an eastbound train pass through the 10 mph crossover at mainline speed. The engineer immediately realized his mistake, as he “dumped the air” (made an emergency brake application) and the train quickly ground to a halt. That train also carried LPG cars.

In neither case did the train derail, but a rail track engineer related to me, “I’m surprised they didn’t derail”. How many more trains have nearly derailed at this crossover that I did not witness? Without a derailment, the crew could continue on and not report the incident, as the event recorders (railroad black boxes) are only checked if there is an accident or suspicion of misconduct.

My attempts to report these “near misses” as near disasters to the National Transportation Safety Board (NTSB) and the Federal Railroad Administration (FRA) were met with terrifying bureaucratic incompetency. The NTSB claimed they couldn’t investigate since no actual derailment occurred, while the FRA simply found an unrelated typo in a Union Pacific manual and closed the case.

The railroad views such incidents as “crew error” while failing to acknowledge the inherent hazard of the crossover. Only the crew itself has the power to slow those 1.5 million gallons of crude should their train be routed through the crossover; there are no automatic-override safety devices to slow such a train. Blaming humans for human error does nothing to make the railroad itself safer.

Positive Train Control (PTC) is a system that would bring a freight train to a stop should it approach a speed restriction (such as the crossover) too fast. PTC was due to be implemented by 2015. However, PTC implementation requirements have been delayed to 2020 at least. Freight railroads are claiming a 40% failure rate with PTC testing in 2015. The technology is simply not ready.

To run oil trains through Davis with this crossover in place — and without PTC — would be the height of brazen corporate aloofness. This crossover must be upgraded to the 45 mph standard if oil trains are to run before PTC is fully implemented.

I wrote a comment letter expressing the nature of the crossover hazard for the project EIR. The response was bureaucratic jargon speaking of “unavoidable impacts” and “insignificant risks”. This language says nothing as far as acknowledging corporate awareness of the specific danger in Davis. Fixing this crossover is not optional. This is a disaster waiting to happen.

“Everyday Davis citizens” (read YOU!) must act – not just the handful of Davis anti-oil activists. One last chance to act remains.

The final hearing on the project begins Monday, February 8, 2016 at 6:30 p.m. at the Benicia City Council Chambers, Benicia City Hall, located at 250 East L Street, Benicia. Sign up to speak all day at the same location. Hearings may be continued Tuesday evening and beyond if all who wish to speak cannot be heard Monday.

Come an hour early with a protest sign against the oil trains, or about boycotting Benicia and not buying Valero gas if they continue to ignore the very real safety risks in Davis and other “up-rail” communities. I hope to see you there!

19 thoughts on “Davis at Greater Risk for Oil Train Explosion”