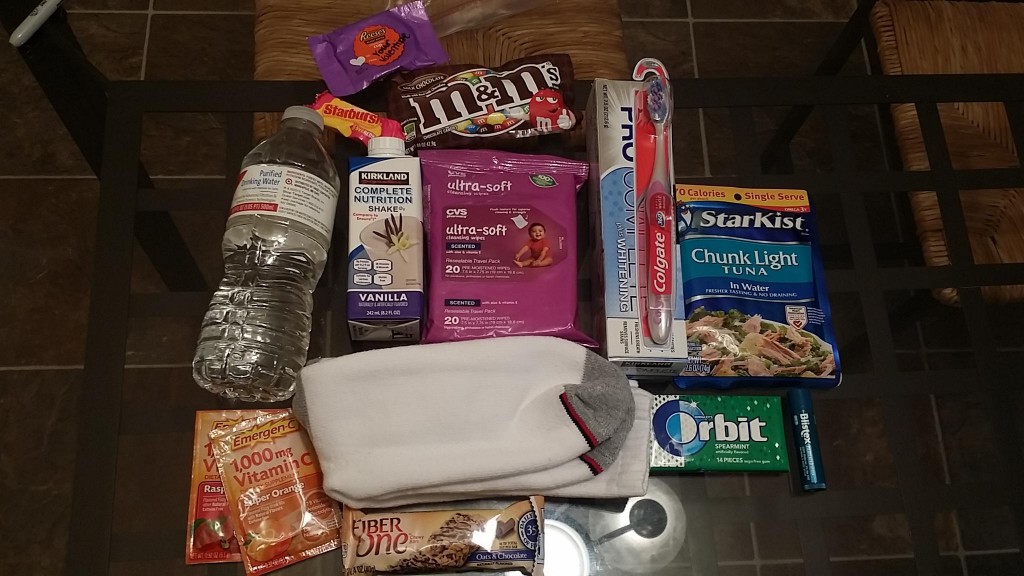 Valentine’s Day – for many of us it is nothing more than a good excuse to score some 50% off CVS candy on February 15. However, this year’s holiday was the impetus for one local woman’s selfless display of compassion. Combating the mass market romance and generic gestures of obligatory “love” that have come to signify the commercialized festivity, UC Davis student Jodi Hinojosa decided to do something that really mattered. As a result, several local members of the homeless community were met with a very sweet surprise this Valentine’s Day.

With fundraised aid from the community, Jodi and friends prepared and distributed care packages to people around Davis who looked like they could use a little extra help. Driven by the fuel of human kindness, and with a little help from her ‘Go Fund Me’ campaign, Hinojosa was able to raise $500 to make her idea a reality. On February 14, Jodi and friends combed through Davis handing out care packages and a special valentine to local homeless people. Included in the package were practical items such as socks, lip balm, a toothbrush, toothpaste, vitamins, baby wipes, gum, nutritional shakes, snack bars and tuna. In the true spirit of Valentine’s, they also included some candy and a little dedication that read “love, your valentine.”

What prompted such a warmhearted gesture? The power of a mother’s love. “I thought of this idea mostly because of my mom. She loves to give people gifts on Valentine’s Day so I see the day as an opportunity to give to others. Then, not long before Valentine’s Day, I walked by a really sweet homeless woman begging on the side of the street, but I had nothing to give her. I started thinking about how I wished I could give something to her that would be useful,” says Hinojosa. While Jodi’s altruistic nature spawns from her loving home, many homeless people have not had the privilege of strong, caring families.

It is estimated that Davis is home to approximately 130 homeless people, although data is often difficult to calculate due to the transient nature of the community. What is known is that the community is growing in size. Specifically, homeless youth is becoming an ever-growing problem, not only in Yolo county but it is now a national trend. Research concludes that the majority of homeless individuals have described their childhood as being abusive or neglectful. It is reported that 61% of girls and 16% of boys attribute sexual abuse at home as reason for running away. Approximately 40% of the national 1.7 million runaway and homeless youth identify as LGBTQ and one in three teens will be recruited for sexual exploitation within 48 hours of living on the streets. While violence and sexual assault are categorized as normative experiences for transient people, it is no wonder that many individuals within this population turn to substance abuse to dull their pain. One-third of the homeless population also struggles with mental illness.

While there are individuals from loving backgrounds who choose a transient lifestyle as a personal choice, the aforementioned statistics describe the majority of those living on the streets. While these facts are undeniably heartbreaking, Jodi Hinojosa reminds us that there is so much we can do to help people in need. Even something as simple as acknowledgement goes a long way. “I encourage people to talk to people living on the streets every once in awhile. We often may find ourselves avoiding eye contact with homeless people when they are begging and we don’t want to hand them money. However, one thing as humans that we all need is social interaction. Giving a homeless person some social interaction and showing them respect is valuable in itself. Besides, these people are a part of the community too so we should not avoid interacting with them just because they have a different lifestyle than we may have.”

Home-grown humanitarian Jodi hopes that this act of compassion will become a new Valentine’s Day tradition for Davis, as well as for other cities. Although, she notes that compassion and support is something we should provide every day of day of the year. “One thing I think anyone in the community can do is keep some care packages in his or her car. These packages can include simple and helpful items such as water, a toothbrush, toothpaste, a snack, socks, and baby wipes. Having these on hand allows one to give essential items to people living on the streets.”