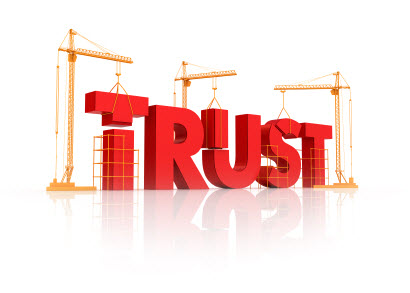 Depending on whom you listen to, our community’s biggest issue can vary.

For some, it is the City’s fiscal situation, with particular emphasis on the City’s failure to control its costs, especially the costs of providing salaries and benefits and pensions to its employees.

For others, it is the student housing crisis fueled by UCD’s increase of its enrollment by 5,362 students over the past four years.

For others it is the threat to the quality of life in Davis . . . with various combinations of the serious deterioration of our streets, the breakdowns in public safety, the ever-increasing level of taxes, the threat of sprawl development, and the problems of parking in downtown.

As important as those issues are, for me, none of them are the most important issue that Davis faces. I believe that issue is the abundant and pervasive level of distrust that exists within our community, or said another way, the general lack of trust that colors so many of our community decisions.

Yesterday’s dialogue here on the Vanguard highlighted that distrust. A lack of trust is one of the major themes of the article by Don Sherman about the Sterling 5th Street Apartments process. Eileen Samitz’s comments about the fiscal risks associated with the Nishi project are laced with numerous levels of distrust. Barack Palin’s comments about “bait and switch” in the MRIC proposal are all about distrust. And that is just yesterday. Distrust of traffic studies has been a major part of the Hotel Conference Center issues. Distrust is a major part of the Paso Fino dialogue. The list goes on and on and on.

We are not the only community facing a trust crisis. According to a recent Pew Research poll less than one in five Americans trust the government to do the right thing most of the time, which is down from four out of five in 1964.

It isn’t just the actions of government that Americans distrust — we distrust a whole range of organizations and associations … everything from churches to public schools.

A week ago PBS NewsHour Journalist Jeff Greenfield broadcast an essay Has the U.S. motto become ‘In Nothing We Trust’? that focused on how we became a nation of doubters. He doesn’t mention Davis California in his essay, but …

The key question is, “Are there steps we can take to address this distrust?“ The simple answer to that question is, “Yes, there are.” Throughout my professional career and my personal life I have found the best way to build trust and reduce distrust is through expectation management. Expectation management is built with knowledge and understanding – understanding processes and knowledge of one’s own position on the issue being grappled with. It is a bonus if you also have knowledge of other people’s positions on the issue.

However, understanding a process and working within that process does not guarantee a trust-building outcome. A lot depends on how well the process is constructed and administered.

In early March 2009 Davis and El Macero received notice through an article in The Enterprise that FEMA was issuing new 100-year flood maps and that the new maps placed 110 El Macero homes and 15 homes in the furthest southeastern part of Davis in the flood plain. Unfortunately the County and City planning departments had not told any local people about the process. There definitely was a process, but it could best be summed up by the following e-mail I received from a Yolo County official,

“After some digging into how FEMA is reacting to criticisms in similar meetings, I’m convinced that their skin is so thick by now that any general shouting of accusations about their integrity or intelligence will be wasted time and energy. What do you think about the affected homeowners selecting a spokesperson to calmly explore the process for obtaining a Letter of Map Adjustment (LOMA)? That’s what you need and you will need at least some cooperation from FEMA to find out what the Baseline Flood Elevation is supposed to be here, info you will need to provide as backup for a LOMA request. Maybe you can get a commitment from FEMA to get that info from their contractor who prepared the maps.

I’m also convinced that once you have the info to support a LOMA request you’re probably going to have to get our Congressman to go to the mat on it.”

I think you will agree that that is about as one-sided a process as you can find, biasing toward the powerful insiders of the bureaucracy and away from the relatively powerless individual(s) on the outside looking in. 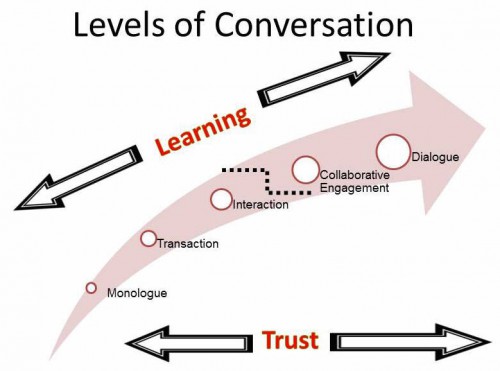 I won’t bore you with the details, but the one good thing about FEMA’s process was that it was not on a tight timeline, the powerless individual on the outside could gain knowledge and understanding about the process and how our individual position fit into that process. Working within that process, we were able to submit a successful Letter of Map Adjustment (LOMA) and the 110 houses in El Macero and the 15 houses in far East Davis all save between $800 and $2,000 a year on flood insurance premiums that would have been mandated by their mortgage holder. That is a recurring aggregate annual savings of between $100,000 and $250,000.

Let’s compare that FEMA situation to the Sterling 5th Street Apartments situation. In Don Sherman’s Saturday Vanguard article, he points out that the individuals like himself on the outside looking in are faced with a similar situation to the FEMA one described above.

“With scant notice on Friday evening, January 22, and the weekend intervening, the Davis Social Services Commission (SSC) announced a public meeting for Monday, January 25 to accept public comments and consider an application for a variance from the City’s General Plan and Zoning regulations.

Preparation for this public hearing by Sterling and their lawyers, in concert with City staff began several months ago. Contrast that to the 72 hours (three days) the public had to read the staff report for the first time, digest its contents, consult with experts, and formulate constructive feedback for the Commission and staff.”

Don also does a good job of describing the power differential between the powerful insiders of the bureaucracy and the individual(s) on the outside looking in. He also illuminates a key difference between the FEMA and Sterling situations. FEMA laid out a process that provided the public with ample time to do their homework and work within the process. The City of Davis, on the other hand, has chosen a substantially faster process, highlighted by the choice to issue a CEQA Mitigated Negative Declaration for the Sterling project rather than perform a Focused EIR with particular attention paid (the focus) to the traffic and safety impacts of the process. Further, the Mitigated Negative Declaration process establishes a 45-day comment period. That severely limits the amount of knowledge and understanding the public can accumulate about the proposal. And it is human nature that when it is difficult to understand the facts of an important issue, it is natural to resort to feelings … often heightened feelings … the kind of feelings of distrust that are very clearly a part of Don Sherman’s article.

Fortunately, City staff in the Community Development Department has seen the wisdom of making the Sterling review process a more inclusive one. At the end of the day last Wednesday, Eric Lee sent out the following e-mail:

This is to inform you that the 5th Street Apartments project is scheduled for the March meeting of the Bicycle, Transportation and Street Safety Commission. It would be on Thursday March 10th.

The meeting will not be noticed, but I will email you the agenda and staff report when it is ready the week before. If you have any questions, please let me know.

That is a definite step toward better understanding and knowledge … and hopefully less distrust. Unfortunately the adjustment to the planning process to conduct an appropriate public hearing on the traffic issues, schedules the March 10th Bicycle, Transportation and Street Safety Commission hearing six days after the close of the Mitigated Negative Declaration comment period on March 4th per the following notice on the City website.

Notice is hereby given that the City of Davis has prepared an Initial Study (Mitigated Negative Declaration), which is available for a 30-day public review and comment period ending March 4, 2016. Based on the analysis, the City intends to adopt a Mitigated Negative Declaration for the proposed project, which requires a public hearing on a date to be determined following this comment period. 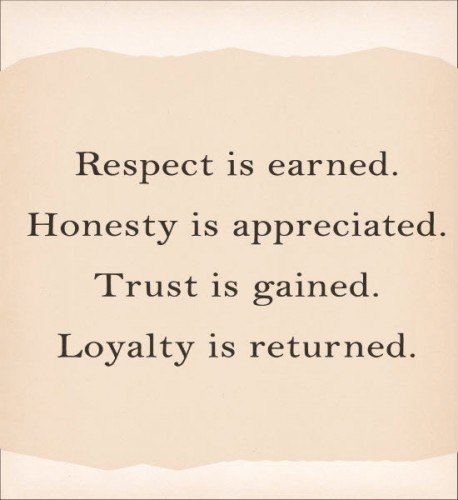 On the Trust/Distrust scale, that is the equivalent of one step forward and two steps back. Definitely not the kind of outcome our community needs if we are going to build trust and reduce distrust. I believe the City needs to reset the comment period end date to at least 30 days after the March 10th Bicycle, Transportation and Street Safety Commission hearing. That way the public will be able to incorporate the contents of the Bicycle, Transportation and Street Safety Commission hearing in their comments on the Mitigated negative Declaration.

In the future, if we are going to avoid these kinds of situations, we need to pay serious attention to expectation management. We also need to learn from our past mistakes. The decision to issue a Mitigated Negative Declaration for this project with its 1,454 Net New Trips per Day added to the 5th Street Corridor should have been informed by the lesson from the Mitigated Negative Declaration situation at the West Olive Drive Hotel/Conference Center.

Here too the issue of expectation management vis-à-vis the public should guide our processes. Proactive inclusion of the public in an orderly process is more often than not far preferable to reactive responses to public input after exclusion of the public from the process. That is the kind of process that FEMA laid out in implementing its new 100-year flood maps. The end result was that when conducting public workshops across the country, when they were asked how to conduct an appeal, they said, “Do what Davis California did. They made our Flood Maps better, and in the process saved themselves a quarter of a million dollars a year in insurance premiums.”

One thought on “Guest Commentary: Our Community’s Biggest Issue Is a Lack of Trust and an Abundance of Distrust”