On July 30, 2006, the Vanguard began with a modest post about the Davis Community. Little did I realize as I penned the initial words that it was giving birth to something that would become a passion for me and a site that people would turn to for conversation and engagement.

Ten years later, the Vanguard has really become the place where the conversation happens.

For a limited time, anyone who becomes a $10 a month subscriber or adds $10 a month in subscriptions will receive a free Vanguard 10 T-shirt. 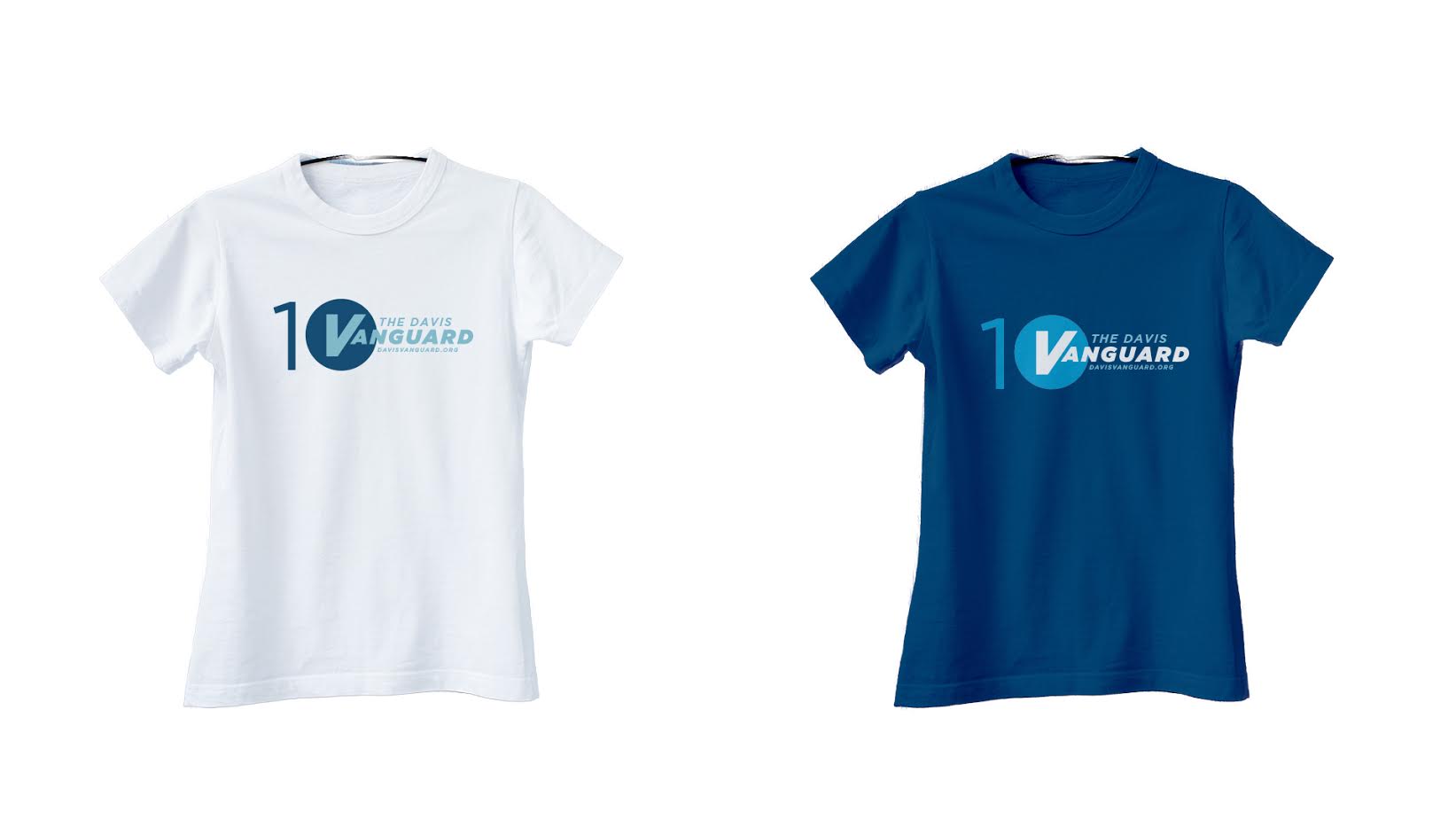 To order your shirt, log on here and become a recurring donor: https://www.paypal.com/cgi-bin/webscr?cmd=_s-xclick&hosted_button_id=VP8S7PZGL7KXG

Shirts will become available in a few weeks.

Speaking of conversation, our year long conversation continues next week with a panel discussion on Tuesday, February 9, “After San Bernardino: Fighting Extremism and Profiling At the Same Time.” That will be from Noon to 1 at the Kalmanovitz Appellate Courtroom, Room 1001 at UC Davis School of Law.

The following week, we have a discussion on February 17 on “The Future of Growth in Davis.” That is from 7 to 9 at the Davis Community Chambers. We are still finalizing the panel but right now it is: Mayor Pro Tem Robb Davis; Stephen Wheeler, Local Government Commission; Jim Gray, Commercial Real Estate; Alan Pryor, Sierra Club and Bob Segar, UC Davis, Assistant Vice Chancellor, Campus Planning and Community Resources.

Meanwhile watch these pages for news about the Vanguard 10th Anniversary Party on July 30.

Thanks for your readership and your support.

Share:
Previous : Commentary: Something Has to Change
Next : Jury Hangs 10-2 in Nelson Trial; DA Seeks Retrial