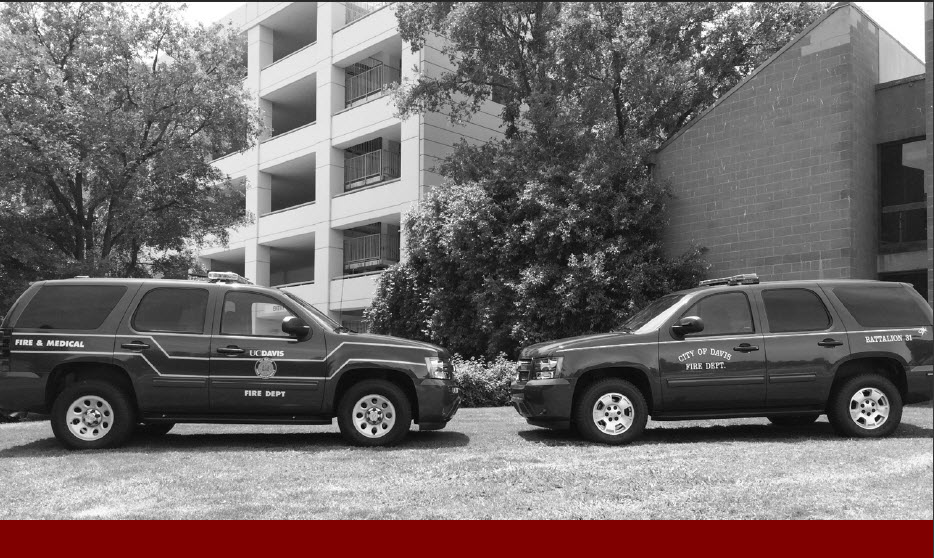 On Tuesday, just before midnight, Mayor Dan Wolk asked for a “check-in to see what’s happening on the merger front.”

As City Manager Dirk Brazil explained, “I think the idea is to look at the finances, to look at shared management and I think to look at merger as a possible option. Basically it’s continuing the course we’re on or not.”

Mr. Brazil noted that Chancellor Linda Katehi and her staff were “very favorable towards the discussion.”

He added, “The original intent was to bring back a shared management finance discussion as part of the budget, that was Councilmember Swanson’s request a couple of months ago. That was coming, now we’ve just put a finer point on it as to other things that we would be looking at.”

One of the possibilities now is a full merger, or at least that is something that could be looked into.

City Manager Dirk Brazil told the Vanguard on Wednesday, via text, “The first step is to sit down with UCD leadership and agree on a path forward. May just be a staff driven process via the annual budget.”

Multiple sources have told the Vanguard that it is Mr. Brazil’s preference to end shared management. However, at this point, he doesn’t have three votes to do it.

The city and UC Davis had explored a merger back in 2010, however, that process was paused in January 2012. Then UC Davis Vice Chancellor John Meyer wrote to then-City Manager Steve Pinkerton, “Both of our agencies remain committed to a unified fire department to serve our shared community. However, I believe that we have reached a point of limited progress and that, for a variety of reasons, most particularly the City’s pending negotiations with its firefighters, we should pause this process as described below and then reconvene in the 2012-13 fiscal year.”

This issue of the compensation gap was critical to that decision.

“I am deeply concerned about the significant compensation disparity highlighted in the CityGate report,” Vice Chancellor Meyer wrote. “The report suggests that UC Davis will increase its compensation in support of consolidation efforts. I believe such action would not be sustainable by UC Davis and should not be assumed in future planning.”

While some have suggested to the Vanguard that the compensation gap would again make a full merger impractical, others believe it could be dealt with by freezing city of Davis fire compensation until the gap dissipates.

Behind the scenes, the Vanguard has learned that Davis Professional Firefighters Association President Bobby Weist is pushing for the full merger as a means to reassert control over the process. The city is looking to remodel the central fire station and potentially move the leadership downtown when that remodel is completed.

There is additional thinking that the failure of a merger possibility could lead to a reassessment of the entire shared management arrangement. While many of the reforms passed in 2013 have been controversial, the shared management agreement and the managing of the two departments under UC Davis Fire Chief Nathan Trauernicht has been the focal point of dissension from union leadership.

Throughout 2014, there were signs of trouble ahead. Union President Bobby Weist had attempted to enlist the statewide union to aid their cause, going so far as to propose legislation to prohibit such a merger.

When the city council hired Dirk Brazil in late 2014, it was unclear which direction the city would go.

However, data emerging in 2014 showed that the reforms, rather than making residents less safe, have actually greatly improved safety in the city. From September 2012 until August 2013, in a typical month Station 32 (west Davis) and Station 33 (south Davis, covering the eastern and southern portions of the city) had essentially been uncovered between 20 and 40 times per month.

That means that areas of west and east Davis, if they had an emergency, were looking at far longer before an engine that had been moved to the central fire station on Fifth and E Street could travel back into the areas on the eastern and western portions of the town.

With the changes, the number of “move and cover assignments” has fallen to, in most cases, less than five times a month in total.

The clock is moving in one respect – if the council fails to make changes by the end of June, the agreement with UC Davis will automatically renew through the end of 2017. Sources the Vanguard spoke with are downplaying the chance for any type of real reversal, citing a lack of three votes as well as electoral consideration.

However, it is clear that there is maneuvering behind the scenes to see if any traction can be reached on this.