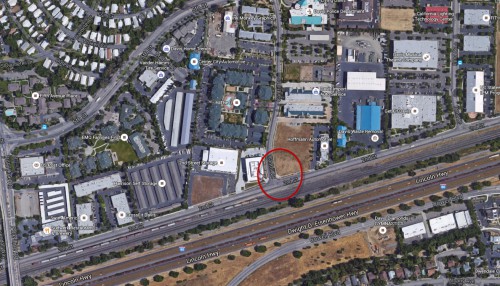 Less than ten minutes before the horrific and tragic fatal collision on Second Street and Cantrill Drive, I was headed east on Second by that spot on my way home. It is a route I often take and know well. So, later that evening when I received word about the collision, I was not surprised. If anything, I’m surprised it didn’t happen sooner.

To me this was a tragedy waiting to happen because of the confluence of several factors. When I first moved to Davis two decades ago, Second St. seemed more like a frontage road. It was a 45-mph zone along the highway, there were not many businesses and there was rarely any traffic.

But with the proliferation of neighborhoods, the building of Target, and the development some of the tech companies with their employees, Second St. has become far more busy than it was 15 to 20 years ago.

At first I was surprised to learn from the police chief that the average speed on Second St. is only about 46 mph. But that is easily explained in retrospect. There are times when the traffic is moving at a relatively high rate of speed, 50 to 55 mph. Then there will be times when you get caught behind cars that don’t realize the speed limit is 45, and they are going 35 or they slow down looking for their turn rather than using the center turn lane.

The perpetrator in this case, who had just been convicted of another crime and was out on bail awaiting a 13-year sentence, was intoxicated, driving at an excessive speed, and made an illegal passing of another vehicle prior to the collision.

While those specifics make this case unique, the two-lane road and the variable speeds of cars are conducive to some of these problems. I commonly see cars attempt to pass slower vehicles using the center lane, or more often see them whip around slow-turning vehicles into the center lane.

The bigger problem is people making a left turn from either Cantrill or Pena onto eastbound Second Street. Frequently those vehicles misjudge the speed of traffic. The congestion tends to make turning vehicles impatient, and they often attempt to jump the turn, often putting their vehicle in danger of oncoming traffic in hopes that the traffic will slow down and let them in.

Sometimes there are close calls. All it takes is one car that is driving too fast, one driver who is inattentive or intoxicated, and the gamble can turn fatal.

The courts will work out the specifics of this case. However, the bigger issue for the city of Davis is an infrastructure issue.

We have spent a lot of time pushing the city to act on infrastructure repairs to Davis. A lot of that is in the form of pavement repair which is expected to run about $8 million per year in costs, of which we are only funding about half that.

But pavement work is not the end of the story. The city has aging infrastructure. Roads that have grown and changed in use, but have not changed in form.

It took the city years and several grants to do the Fifth Street redesign. Prior to the redesign, Fifth St. was a dangerous road. It was outmoded in terms of its capacity to handle vehicles, bikes and pedestrians. It was slow and inconvenient to drive on. It took years of public pressure and push back to fix it.

This year we have focused on Richards Boulevard. The tunnel has often been the focus of discussion, but the current system of on- and off-ramps off I-80 are problematic and potentially dangerous, as cars, bikes and pedestrians merge into a point of heavy congestion. There are plans for a redesign there as well, moving to a tight-diamond formation.

There is also excessive back up on Cowell to Richards, produced by light sequencing that is ridiculously off-kilter. One day when I was driving from my kid’s school at Montgomery to the westbound on-ramp, I got hit by every single light – every single one. It took ten minutes to drive from Montgomery to the on-ramp and then eight minutes to get from the on-ramp to Woodland.

The incident on Wednesday reminds us that infrastructure is not a luxury, it is a safety issue. With outdated roads and intersections, it is not merely something inconvenient but something dangerous to public safety.

It is not that people did not know the hazards of Second St. – heck, the police station is on Cantrill and the police frequently use that intersection – but rather that we have not had the resources to study and fix these problematic intersections. Lack of resources are a public safety hazard.

And yet the council was once again hesitant to put an infrastructure revenue measure on the ballot. Some were pushing for a parks-only tax, which would have put money towards parks with the hope of freeing some more money for roads. Others wanted to prioritize roads.

The fact of the matter is that we need the money not only to fix the pavement, but to re-examine all of our roadways. The city has changed a lot in the last few decades and sometimes the roads were not designed for the level of use they are now receiving – Second St. and some of the side streets are some of those.

53 thoughts on “Monday Morning Thoughts: An Accident a Long Time in the Making”