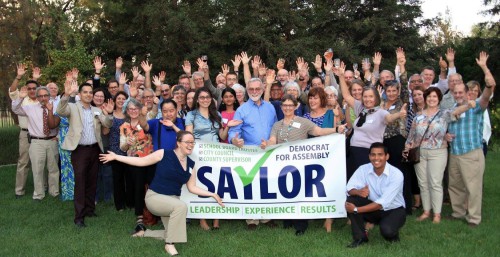 In announcing the endorsement, Chiang said, “Don will keep California’s economy moving forward by investing in affordable higher education for all and expanding access to health care. I’m supporting Don, because through his decades of public service, he has demonstrated his ability to give a voice to the unheard and effectively lead in the best interests of the people he represents. Don has a proven record of achieving results and solving problems with innovative solutions. He is exactly the type of leader we need in the Assembly.”

Saylor said, “I am honored to earn the endorsement of Treasurer John Chiang. John’s leadership dug California out of the worst recession since the Great Depression. In the Assembly, I’ll ensure financial decisions are made with the best interests of California’s most vulnerable populations in mind. I will fight for a higher minimum wage, equal pay for equal work, and ensuring that no child goes hungry. As a school board member, city councilmember and county supervisor, I balanced 20 budgets and left a reserve. I can make tough budgetary decisions in the California State Assembly and I will do it with heart.”

Since 2011, Saylor has served on the Yolo County Board of Supervisors. Between 2004 and 2010, he was Mayor and Councilmember in the City of Davis. He served as a trustee of the Davis Joint Unified School District between 1995 and 2003. Saylor also chaired the Sacramento Area Council of Governments and was previously a financial analyst for the non-partisan California Legislative Analyst Office.