Council is receiving an update on the Mace Ranch Innovation Center (MRIC). Among other things, the staff is requesting direction regarding how to treat the Mixed Use alternative throughout the remainder of the development review process.

Staff presents three options – one is to continue with preparation of the current proposal, one is a dual path considering the options with and without housing, and finally, staff could be directed to pursue the mixed use alternative only.

Staff, in this case Mike Webb, Assistant City Manager and Community Development director along with Consultant Heidi Tschudin believe “direction to staff regarding how to treat the Mixed Use alternative throughout the remainder of the development review process.”

Staff continues, “At this point in time staff believes that it may be feasible to provide sufficient information, analysis, and detail to allow Council consideration for placement of option A or C on a November 2016 ballot.”

“As Mixed Use is a more complex proposal there are elements that would require analysis that has not been initiated as of yet, such as appropriate number, mix, and size of units, approach to affordable housing, applicability of mitigation measures, more in-depth economic and fiscal analysis, parks and open space designs within the site, sustainability plans, and project design,” they write.

“Whether and how to associate occupancy of residential units on site to jobs on site would need to be explored by staff and the applicant. Therefore, while staff believes it may be feasible to bring a Mixed Use alternative forward for a November 2016 ballot measure, it is difficult to guarantee, and would be contingent upon taking a “tiered” approach to the entitlement package as described below,” they add.

The Council would have the ability to pursue a mixed-use project and the ultimately decline it, directing staff to return with the non-housing option for action. Staff writes, “The applicant acknowledges that such a course of action would necessitate pushing a ballot measure to 2017.”

This chart assumes “all 850 dwelling units included as a part of the Mixed Use alternative are occupied by at least one MRIC employee.” Naturally there will be considerable debate over the feasibility of such an assumption.

The applicant has previously told the Vanguard, they were opposed to a scenario that mandated all units be occupied by employees of the MRIC. Instead, they were looking at a phased approach to maximize the number of employees working on site.

Staff analysis with those assumptions found, “The Mixed Use alternative would generate fewer daily trips than the project as proposed so long as at least 60 percent of the units are occupied by at least one MRIC employee.”

More importantly, “The Mixed Use alternative would generate less VMT than the project as proposed so long as at least 35 percent of the units are occupied by at least one MRIC employee.”

In addition, “The Mixed Use alternative would generate less GHG emissions than the project as proposed so long as at least 53 percent of the units are occupied by at least one MRIC employee.”

In December, the Vanguard published a letter by SACOG which found, “Overall, the proposed plan meets the spirit of the Blueprint growth principles. However, the Mixed-Use Alternative illustrates that the city could further maximize the Blueprint benefits of this unique project by planning for additional housing capacity within the city to accommodate the increased housing demand that will accompany the economic activity generated by the project.”

In addition to the reduced environmental impacts, and those discussed in the SACOG letter, “integration of housing within the project can also introduce the following potential benefits as enumerated in the excerpts below from the September, 2015 EPS economic analysis:

Staff also notes that “while the EIR Mixed Use Alternative evaluated the inclusion of up to 850 residential units, there has been no policy discussion of whether this is necessarily the desired number of residential units, should a mixed-use option be pursued.” 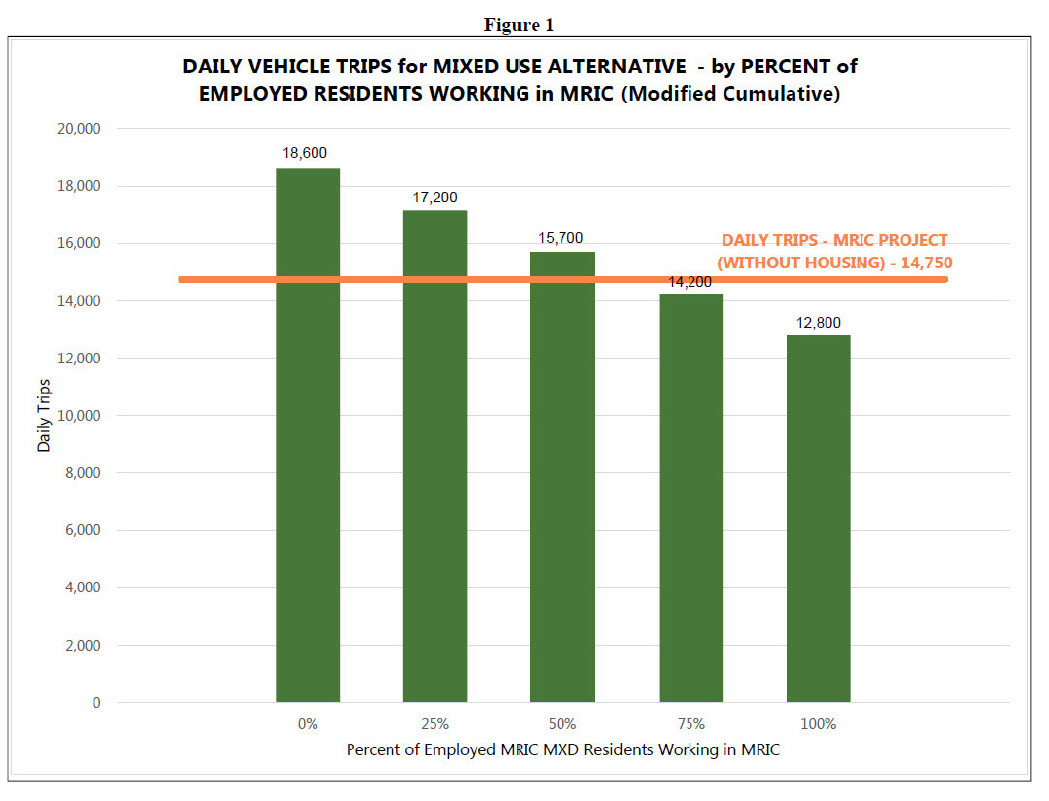 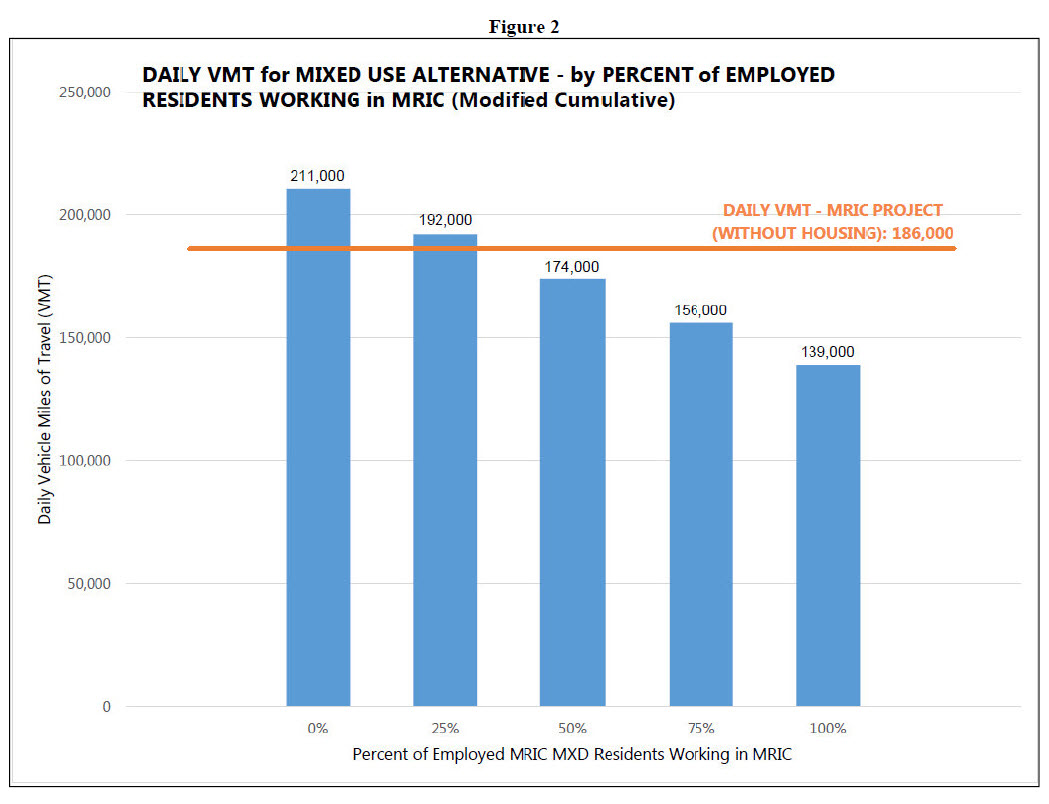 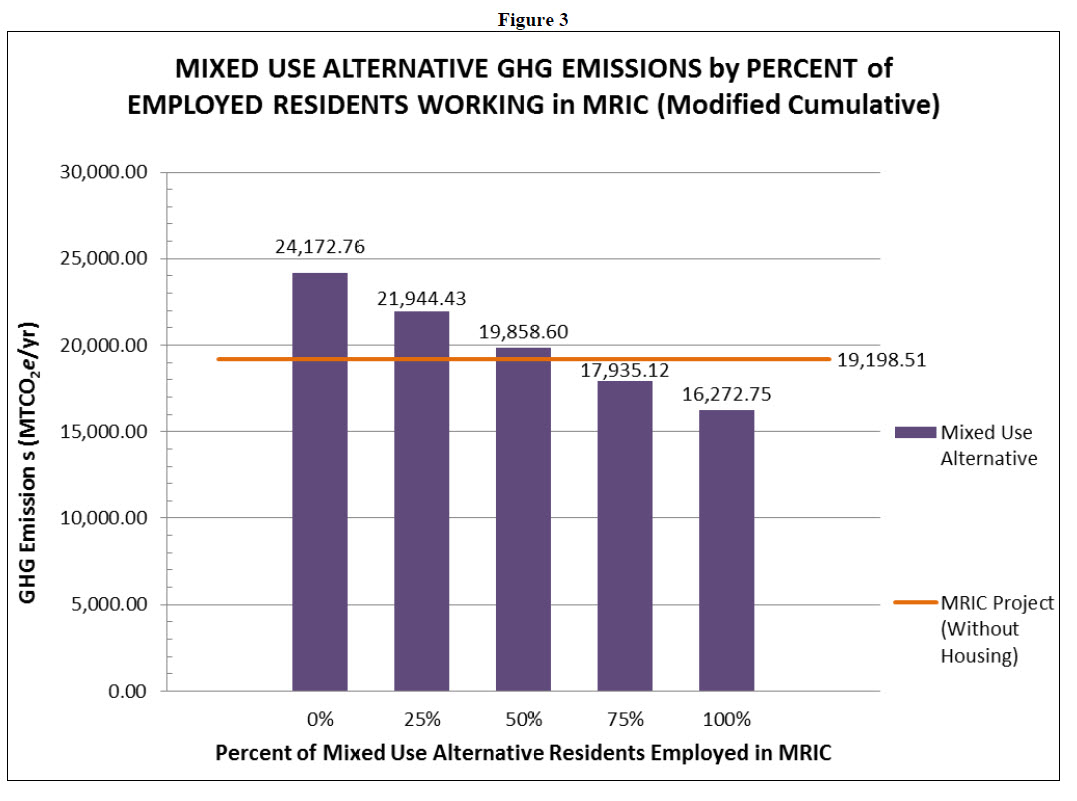 36 thoughts on “Staff Believes Mixed Use “Has Merit” At MRIC”