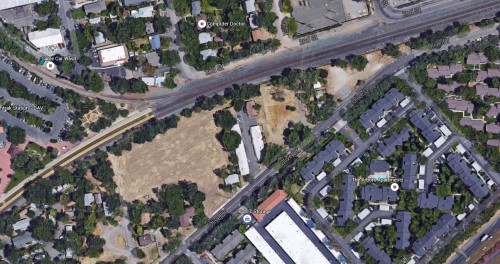 HighBridge Properties, a real estate investment and development firm focused on multifamily and student-housing properties in markets nationwide, announced today that it has acquired a five-acre infill site in Davis, Calif., that it intends to develop as rental housing for students at the nearby University of California, Davis.

The underutilized site, which consists of 11 contiguous parcels, includes some of the last undeveloped land within Davis’s city limits. It is located along Olive Drive, near the intersection of Richards Boulevard and within walking distance of both the UC Davis campus and the downtown business district.

The site is largely vacant land, but does include seven single-family houses and three uninhabitable cottages, all of which were built in the 1940s and 1950s. It was long owned by the Callori family, whose ancestor, Giuseppe “Joseph” Callori, emigrated from Italy and settled in Davis in the early 1900s.

The transaction was brokered by Sunny Gill of Habitat Investment Advisors, a Sacramento based multifamily property brokerage and advisory services firm.

“Sunny provided us with invaluable guidance throughout the entire process,” said Paul Gradeff, managing director of HighBridge Properties. “His knowledge of and insight into the local market helped solidify our commitment to invest our time and resources in the Davis area.”

In developing a student housing community on the acquired parcels, HighBridge will bring much-needed and high-quality rental housing near the downtown core of Davis. Preliminary plans call for the construction of a mix of three- and five-story residential buildings with 120 to 140 student-purpose-built rental apartment units. The precise number of apartment units is yet to be determined.

HighBridge believes that its project concept is closely aligned with the City of Davis’s objectives of bringing residents closer to the downtown district as well as promoting sustainable development and responsible land usage. In developing the property, the firm intends to achieve the following:

The acquisition of the Olive Drive site is the second property investment that HighBridge has made in Davis. In 2011, the firm acquired The Grove, an 80-unit rental apartment community that it subsequently renovated and currently owns and operates.

“We remain committed to developing and operating properties in Davis that not just address the pent-up demand for quality housing here, but also are consistent with the community’s desires for sustainability and walkability,” said Gradeff. “We are looking forward to working with the community as we proceed with this unique opportunity to build off-campus student housing so close to both the UC-Davis campus and downtown.”

As part of its commitment to responsible development and the Davis community, HighBridge will be working closely with area residents and city officials in the weeks and months ahead to elicit and incorporate the community’s input while the project is in the conceptual phase and requisite development approvals are obtained.

(This article was printed from a press release from HighBridge Properties).