It is the most unscientific poll you can find, with only 18 of the roughly 50 people who attended Saturday’s forum discussion on Nishi filling out the Vanguard survey. So the results should be taken for informational value only.

We asked four questions and solicited other comments on the project.

First we asked if people were in support, opposition, or undecided. Half the respondents are still undecided on the project, with five (27.8 percent) in opposition and four (22.2 percent) in support. In short, fairly evenly split, with the rest undecided.

Next we asked for the biggest concerns of the project. By far the two biggest were traffic and circulation, as two-thirds of those responding listed that as one of their concerns. The fiscal issue was second, with 61 percent listing that as among their concerns. Everything else was relatively less, with air quality listed as a concern by 27.8 percent of respondents and uncertainty of contingencies at 22 percent.

The strengths of the project were also fairly clear. Fifty-six percent of respondents said downtown, while half said proximity to campus. Smaller percentages (22 percent) saw mixed use and housing needs, with 17 percent selecting the innovation component.

The fourth question is harder to gauge, as we asked what previous measures respondents supported. It is difficult to get a true sense since we didn’t think to ask people how long they had been a resident. Measure O (Open Space) at 61 percent and Measure J at 50 percent drew the largest responses. Target was next at 22 percent and none of the other projects – Wild Horse, Covell Village, the Widening of Richards Tunnel and Wild Horse Ranch – drew even 20 percent of responses.

Overall, the Vanguard was pleased with the event – it was well intended and it generated numerous questions for the developer, Brett Lee and City Staffer Katherine Hess.

Following the presentation, there was a tour of Nishi. 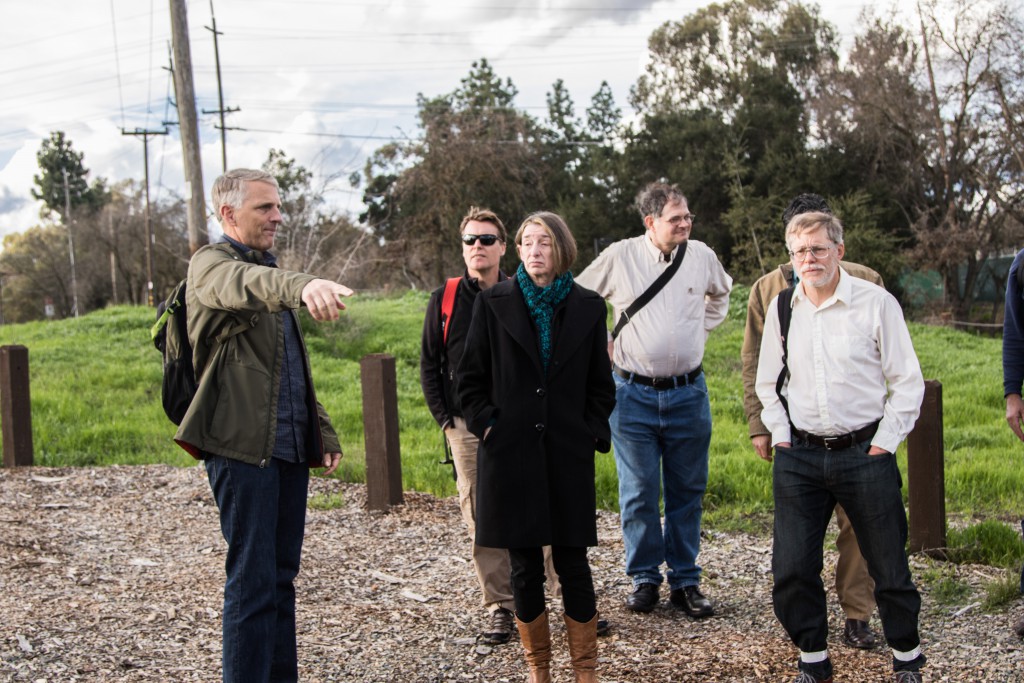 The event was videoed by Davis Media Access and the Vanguard will post the video when available. Our next Davis Vanguard event will be on February 17 from 7 to 9 pm at Davis Community Chambers (City Council Chambers). The topic will be the future of growth in Davis. We are in the process of finalizing the participants.