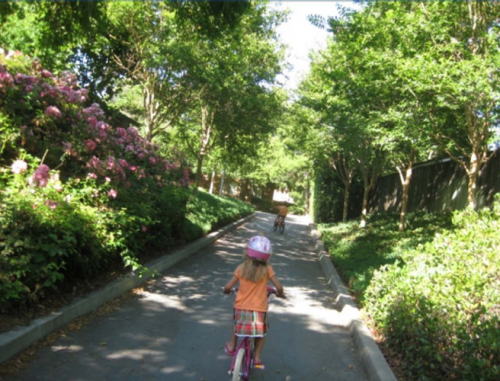 As we finally have a small but likely short-lived lull in the flurry of activity we have seen in the first two months of this year, I want to circle back to the inability of the council to put a meaningful infrastructure revenue tax on the ballot for June.

There has been a good amount of talk about moving the city council towards a more evidence-based approach to governance. Part of the reason for moving in that direction is that it moves influence away from the loudest voice in the room and towards a more detached and analytic approach.

Toward that goal, the Finance and Budget Commission generated a list of criteria by which the city council should examine revenue needs and potential revenue sources.

However, there is also another piece of the evidence-based puzzle, and that is the need to figure out what budget priorities should be. At one point, in the spring of 2014, Councilmember Brett Lee broke down these priorities into “need to haves” and “nice to haves.”

But as my board member, Tia Will, notes frequently, luxuries and necessities are actually a good deal more subjective than some of us would like to think.

How can we utilize an evidence-based approach when assessing budgetary priorities? One answer to that question is polling to see what the community wants. The advantage of that approach is that you are able to assess the desires of the entire community rather than just the people motivated to come to the room to speak, or who are from interest groups attempting to lobby and pressure the council.

The city actually has access to data that is at least somewhat recent. In 2014, it contracted with Godbe Research for approximately $24,840 to develop, implement and analyze a citywide telephone survey to 504 Davis residents. While this survey is now 20 months old, it is not clear that priorities are going to drastically change. 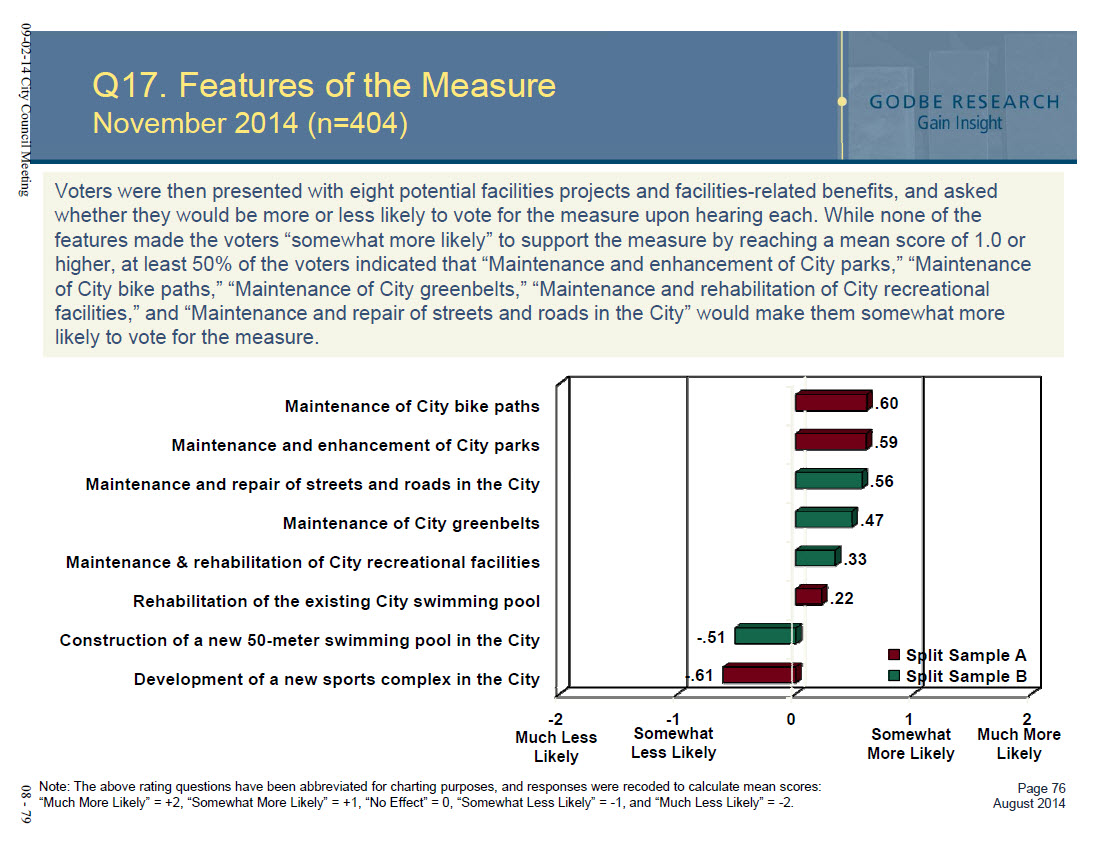 What I find interesting about these results is that they are almost diametrically opposed to where community pressure seemed to point and opposite of how the council has actually conducted itself.

Recall that as the council was discussing potential revenue measures in June, July and later in 2014, that the swimming community came forward to lobby the council for either a rehabilitation of the existing swimming pool or the construction of a brand new 50-meter pool.

And yet as we see, in terms of the polling, the community puts swimming pools way down on the list and new facility is actually opposed.

And yet, this fall, the council agreed to create a task force – not to measure the interest or need for such a project, but rather to plan how best to create it. The remarkable thing is that the only thing in nearly two years that has been acted upon in any way from this list of priorities is the thing that the community wanted least.

That action is the direct result of the very lobbying and interest group pressuring that an evidence-based approach would seek to avoid.

What are the community’s priorities? What I would call basic infrastructure. Tops on the list is bike paths, followed by parks and roads and then slightly down is greenbelts. The top three are almost indistinguishable as priorities.

So while the council created a sports park task force, what have they done on the top three priorities of the community? It depends on how you look at it.

In early February, the council decided not to put a revenue measure for infrastructure on the ballot. Mayor Dan Wolk and Councilmember Lucas Frerichs were willing to address one of the needs – parks.

Mayor Dan Wolk continued to push for a parks tax at the $50 level (over and above the current $49 parcel tax). He pushed for the Rainbow City Rehabilitation ($300,000), the Community Pool renovation ($2 million), Playfield Park turf replacement ($400,000), stating “I think these are things that are clear needs in our community that we have difficulty funding outside of some additional revenue.”

“We could do a significant amount of good for parks and this is funding that… is one time,” he stated.

Councilmember Lucas Frerichs said he was willing to support a $50 parcel tax on parks while perhaps extending the existing tax.

Councilmember Rochelle Swanson said that she could not support just the parks tax as outlined.

She added, “Some of the things that were listed (in the parks list of needs), I don’t feel they’re the top top priority.”

Councilmember Swanson added that what she is hearing is that people want the core infrastructure, while other things are important. It was suggested that a parks tax could free up other money in the general fund for roads. But Ms. Swanson said, “I can’t support that, because I don’t think it will pass.” She noted, “As hard as we have worked, there’s still a trust factor there and I think we’ve worked hard to earn it, but even a set of advisory, I think we’d be better off on the flip then to do it that way.”

Mayor Pro Tem Robb Davis said that 80 percent of the expenditure needs is roads, while the remainder is parks and other infrastructure. The mayor pro tem, addressing Mayor Wolk, stated, “On the one hand, we made a mistake in not asking for enough on the (previous) parks tax, on the other hand, we’re not going to ask enough for the other infrastructure that we have.”

Mayor Wolk pushed back, “To focus on the roads piece… we’re doing quite a bit on roads now. Certainly we have to do more, but we’re putting $4 million into roads every year.”

While the Mayor is correct, we are spending $4 million on roads, he omitted the fact that we need to spend at least $8 million on roads annually (a number that still may be low).

An evidence based approach would suggest we look at the list of needs, we examine the priorities of the community, and then we put together a plan that will fund them.

In fairness to the council, part of the problem has been that the community, when polled has not been supportive of a parcel tax at the level of funding that seems necessary to fund these needs.

My response would be twofold: first, the council really needs to make the case to the public about these needs. That case, in my view is hindered, when we have flowery language coming from city hall about a “Davis Renaissance” at a time when we have over $100 million in infrastructure deferred costs.

Second, when the city solicited priorities about infrastructure and facilities’ needs, the voters from a list of eight prioritized it, and the council has only moved to look into the one that the voters considered the lowest priority.

It is clear that council has not been able to coalesce around a single approach. In part, that seems to be a function of the political pressure from various groups in the community. An evidence-based approach would help to reduce the pandering of various factions of council to the loudest voices in the room.

55 thoughts on “Commentary: In Need of an Evidence-Based Approach”