Next week, we will begin our series of eight council candidate questions leading up to the election.  For this week, we will highlight some key responses to questions posed at the March 12 candidates’ forum.  Since then, Paul Boylan has dropped out of the race, so we will only present the answers from the four remaining candidates.

Question: How do you see us solving the student housing crisis in Davis? 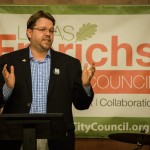 We certainly need to engage the university in a more proactive way.  That has not been happening.  There are some other issues recently that have come up in the media and the news that I think are probably taking the chancellor’s time currently.

Make sure that the university puts some of the housing, if they’re going to continue to grow, put some of that housing on campus. We see this issue in the neighborhoods abutting campus – I’m not at all opposed to students, I think they’re one of the reasons why this a good community to live in.  It’s because of the quality of life, because it’s a college town.

But I think we have to have a major – not just one conversation, but ongoing and bolster the relationship with the university regarding their approach to growth.

We cannot just have them putting all of that growth on the city of Davis.  It’s causing all of these issues including the Sterling Apartment issue and others, vacancy rates close to zero percent.  It’s impacting the quality of life in our community, we absolutely need to be engaged with the university. 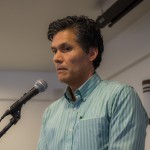 I would agree with what Lucas has said – especially with working with the university.  They are a sovereign entity but I think we can work with them so that they fulfill more of their commitment to apartments for students.

I think we should also build some additional apartments in the city.  We have several proposals before us – most of the problems I have with them are size and scale.  They can be scaled down.  There haven’t been any large apartment complexes in quite some time.

I think also in terms of our downtown, we get kind of a two-for on this.  By having some more mixed use downtown – so residential above retail or commercial.  I think that helps support our local shops.  I’ll just throw out there Alphabet Moon – I was disappointed that we lost that shop.

If we had more people living downtown, they would tend to support those shops and hopefully independent shops.  I don’t want Davis to become sort of a cookie cutter downtown in terms of just sort of national chains.

I think it’s important that we find a way to support the shops downtown.  One of the ways is additional residential on second or third floor above the shops.

That will help a bit, and then we also need to have sort of a realistic understanding that the students are moving into single family residential neighborhoods.  We need to allow for that and minimize the negative impacts.

It’s going to take awhile for the university to catch up with the current shortfall of units.  But I think we can do something so that the existing neighborhoods aren’t as directly negatively impacted by what’s going on currently. 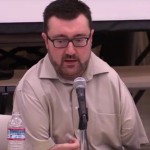 I would venture to guess that the most important decision that’s ever been made by the people that affected the city of Davis was when the university regents decided to put the university farm here.  For the most part, it was a great thing for our community.

They agreed with an MOU with the city that they would house 25 percent of their students on campus.  They’re close to that, they’re in the low twenties.  But they’re not where they agreed to be.  In their Housing for the Twenty-First Century, the whole University of California system, they wanted 38 percent of their housing to be on campus and, of course, they’re not even in that ballpark.

So it’s not just that we’re pulling out a concept or some numbers out of thin air when we say the university isn’t doing its part to house students, it’s their own obligations they’ve made that they’re not fulfilling. 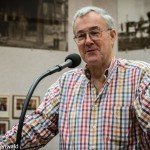 What we don’t know can hurt us.  The one place where I might differ slightly is that if we try to negotiate with Alley-oop’s club beating them over the head, the chances are we’re not going to get anywhere.

We somehow need to be able to find and define the win-win playing field.  Right now, they don’t see any win at all in building housing on the campus.  What we need to do is to somehow reach out to them.

I met on Wednesday with Ramona Hernandez with student housing and suggested that it would be really really good for them to be able to see where is the zip code origin of all 36,000 of their students.  And be able to know that x-percent of them are now coming from West Sac and Sacramento and getting on Richards and trying to go through the tunnel and parking in the B Street neighborhood for free and walking onto the campus.

The impacts on the quality of life of Davis – UCD only sees it anecdotally.  We need to build an information base.  They actually have incredible amounts of information.  They know where every student is by zip code.  So they’ll be able to see what the evolution is of the 5000 to 6000 additional students they’ve added in the past four years.

They can look at the distribution of where it was four years ago and where it is now and understand what the impact is on the city.  Once you understand what you’re doing to your partner –  this clearly is as Will said, when they take ownership.

We need to be able to engage the university in a more productive way in order to forge a more positive partnership.