Next week, we will begin our series of eight council candidate questions leading up to the election.  For this week, we will highlight some key responses to questions posed at the March 12 candidates’ forum.  Since then, Paul Boylan has dropped out of the race, so we will only present the answers from the four remaining candidates.

Question: Do you support or oppose extending the shared management agreement of the city of Davis and UC Davis fire departments?

Yes, absolutely.  I would be happy to debate anybody on the merits of a town our size having two fire chiefs.  That, just on the surface of it, doesn’t make sense.  The joint management was done to improve efficiency and to improve response times and I think the data has shown that is true.

We definitely need to work out some kinks. If any of you have ever worked for a company where there has been a merger – and this isn’t a true merger at the employee level, but at the management level – there are differences and there are cultural differences and things like that. Corporate culture issues that need to be worked out.

Right now the morale could be improved.  I think some basic simple steps could be done to improve the morale of both entities but absolutely I support the shared management of our fire service in town.

To me this is a straightforward one, we’re a small town, the university is contiguous to the city, right next door, it seems silly that we would think we need two fire chiefs and two separate fire services for a locality this small. 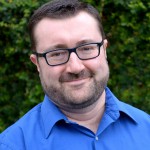 I’m with Brett on this one, I think there’s no reason that we should ever take steps back and de-couple these two.  It just doesn’t make sense from a public safety perspective – if only that.  That’s the most important thing here.

You describe them as kinks to be worked out, or corporate culture, whatever, for those reasons I am open to, but maybe beyond that, would like to see a full merger be discussed, be analyzed and see how we can get there.  I’d frankly like to see the fire chief be right down the street in downtown Davis so any  citizens or councilmember who wants to see the fire chief doesn’t have to spent $9 for parking and be outside of town.

I want to work toward a full merger, I understand the challenges that that presents to us, but the alternative to that in my opinion is not going to be decoupling the two, that just doesn’t make sense from a public safety perspective.

One of the great things about the Vanguard is that it shares information that isn’t otherwise shared.  For a number of months, maybe six months, after the joint management was agreed to, the chief, Nathan Trauernicht, shared with us statistics that showed us that we were more efficient, more effective, they spent less money, there was less overtime, there were fewer situations where there was an uncovered station where one like the east Davis fire truck had gone to cover downtown, they didn’t need to do that anymore.  Safety was improved.  I agree with Brett and Will, and Paul.

I’m in agreement with everyone as well.  I voted for the boundary drop a few years ago when it came before the council where it had previously been an artificial boundary between the two – right there at A Street is an example.  It’s silly – we’re contiguous, we work together, we need to have collaborative work with the university. That’s just another way to ensure that’s happening.

I did vote against the shared management structure though.  I was worried about the chief being a UC Davis employee. Actually, that still worries me.  Their core competency is they teach people.  They teach students, it’s a university.  They don’t run fire departments.  Most of the universities in this state do not have their own fire departments – that is a role of the municipal government.  I firmly believe in that.

There have been kinks in this process, as any sort of new endeavor is going to entail.  We are going to continue to have discussions this spring at the council level about the city budget and our priorities.

Some of these kinks, the weekly management meetings the city manager has with all the departments including the police chief and others, the fire chief doesn’t attend those meetings because he’s on campus usually.  That’s one area where, who’s really in charge – the city manager is in charge of all the different department heads yet not necessarily in charge of the fire chief, that’s where that role falls to the university.

The other sort of customer service issue – if you’re an average Davis citizen, you need a customer service, you used to go right here to the downtown Davis Fire Station or any one of the city fire stations; now you’re required to go to the campus fire station as the place to go.  But I do support the shared management, we need some adjustments to it.

4 thoughts on “Council Candidates on Shared Fire Services with UCD”