I just came back from a business trip to Irvine where my company co-sponsored an event at the gleaming new UCI Applied Innovation center (“The Cove” http://innovation.uci.edu/ ).  The agenda included presenters that were top government officials from the US Patent and Trademark Office (USPTO) and the Small Business Administration (SBA).  Also included were local leaders in venture capital and angel investors, as well as several entrepreneurs that had started and grown successful tech business ventures.  There were 300 primary attendees, 100 overflow attendees and another 400 online attendees (many of The Cove events are simulcast).  The backgrounds of the attendees were highly diverse.

I left this event with several impression points.

The first was the level of commitment and the related synchronicity of vision and purpose demonstrated by everyone involved.    It was truly inspiring just to be hanging out there.  You got the feeling that energy was building and that everyone was moving in the same direction and at an accelerating pace.  Innovation was certainly in the air.

The last part of this mission statement was very pleasing for me to see.   It was emphasized several times over the course of the event and in talking to Richard Sudek, Ph. D., the visionary that built The Cove and directs its operation.   Supporting job creation and economic growth for the Orange County region is the ultimate driver and the ultimate target for everything they do.   The attendees and presenters all echoed this sentiment and commitment.

My next impression point was the actual facility.

On the website for The Cove there is a quote by Richard that further defines their purpose:  “We are creating a microcosm of Orange County’s entrepreneurial ecosystem under one roof with incubators and accelerators, angel investors and venture capitalists, mentors and legal experts – all the resources and expertise new business needs to succeed.”

They call it a “safe harbor” for entrepreneurs.

The facility is designed to be a comfortable, high-tech, collaborative work and event space that fosters discovery, prototyping, funding, incubation and acceleration of business (this is the basic pre-launch lifecycle for new innovation business).

Only completed about a year ago, the facility is already fully occupied.   The phase-II plan is to occupy the entire 40,000 square feet of the building next door.   And eventually they expect to develop and utilize 200,000 square feet.

The following pictures will help better explain the space:

The main event hall with its mega-video wall 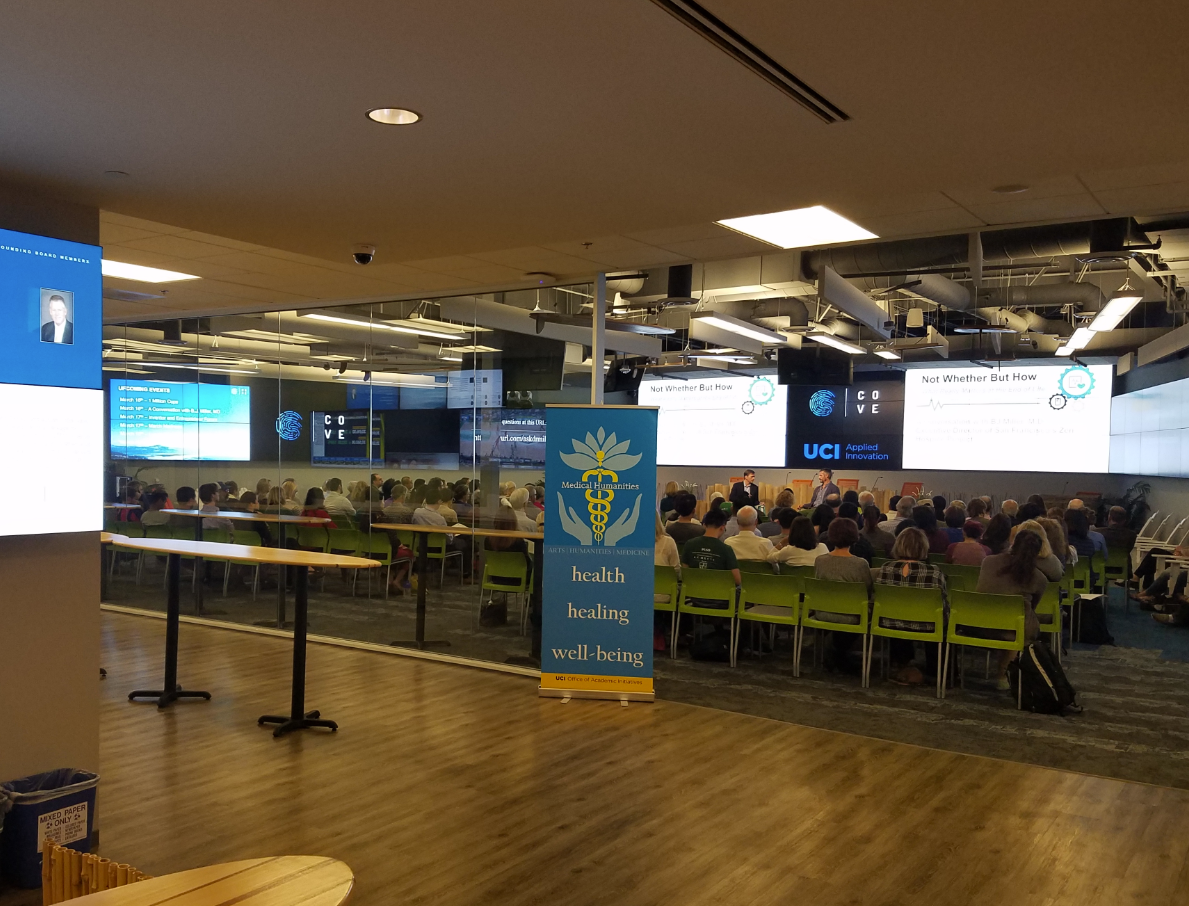 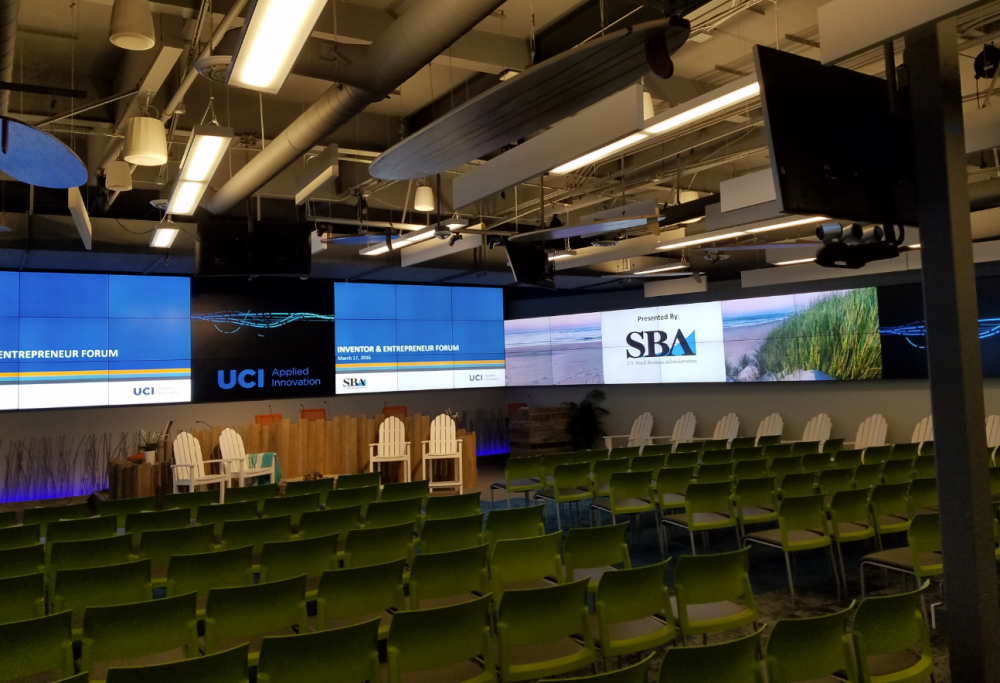 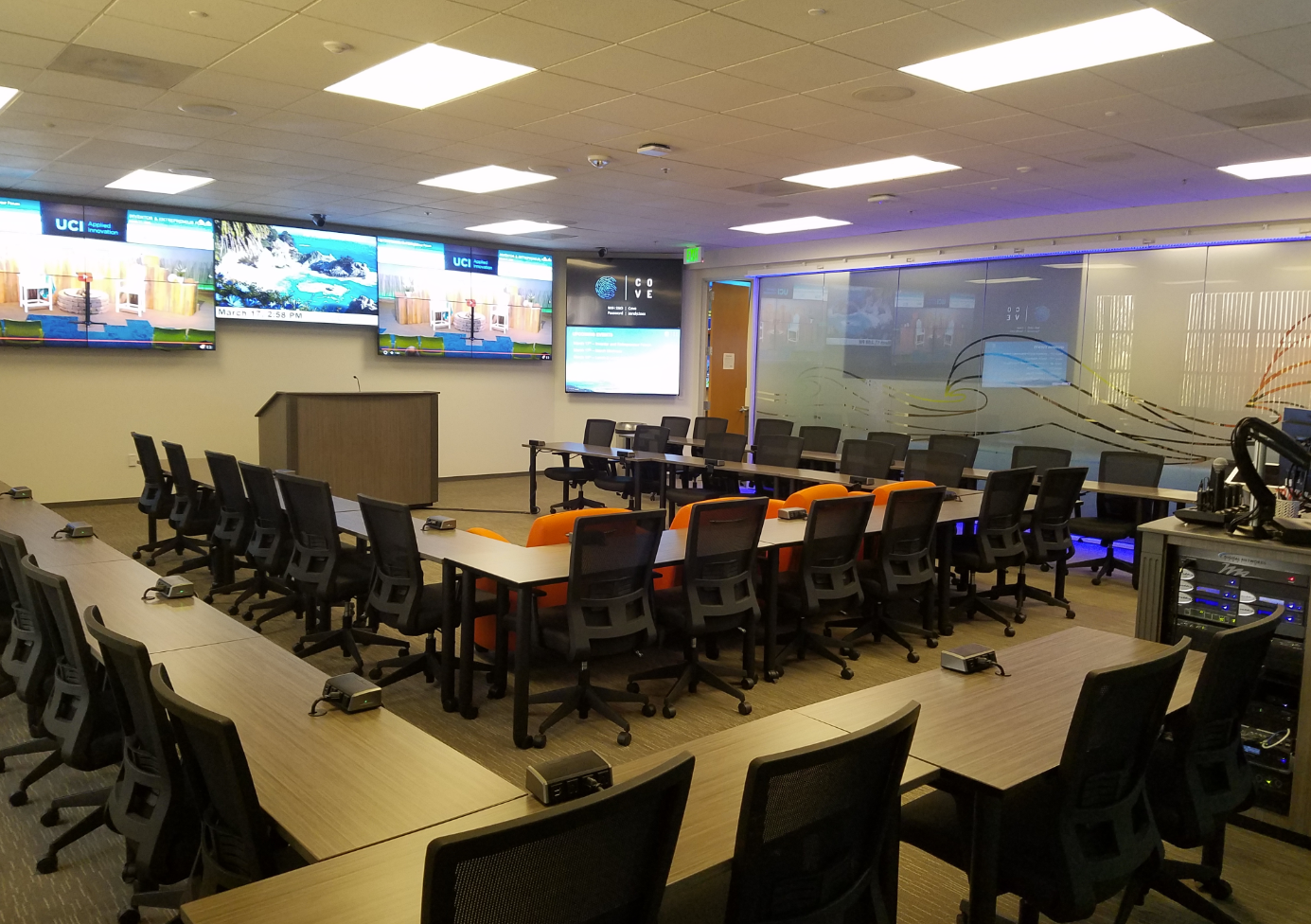 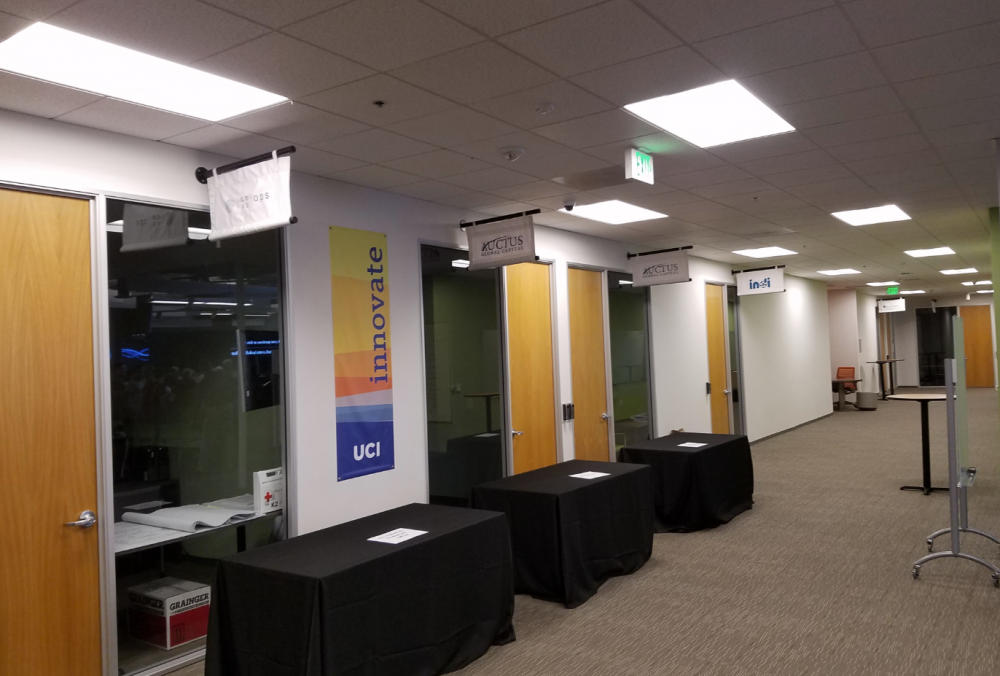 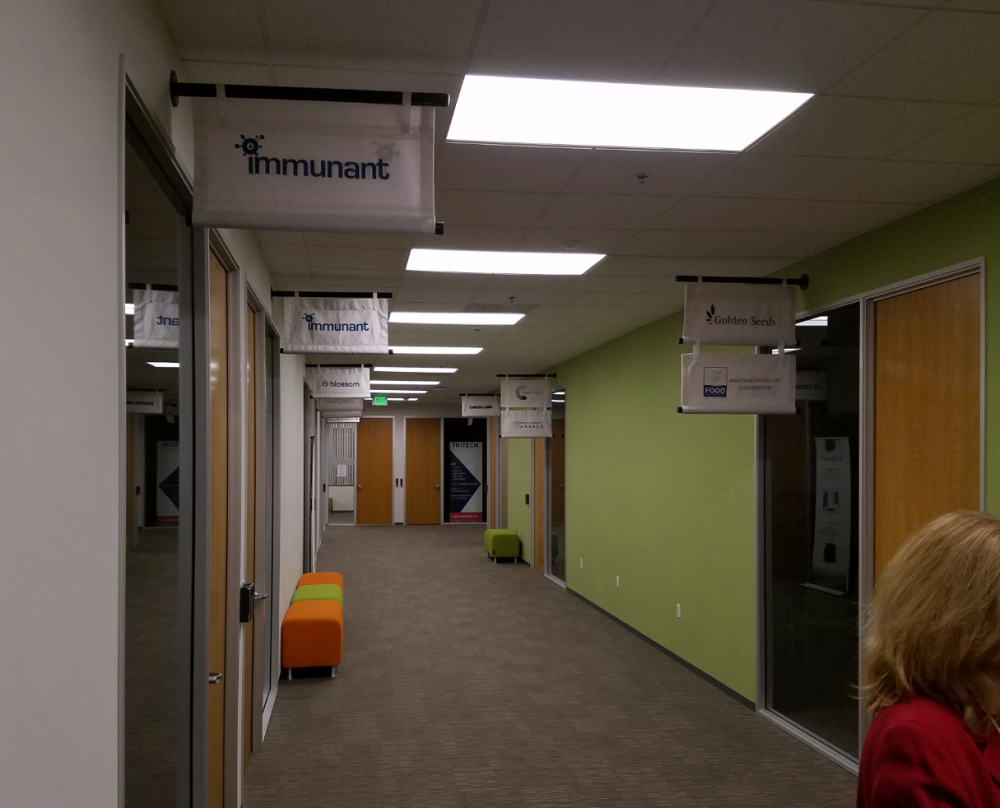 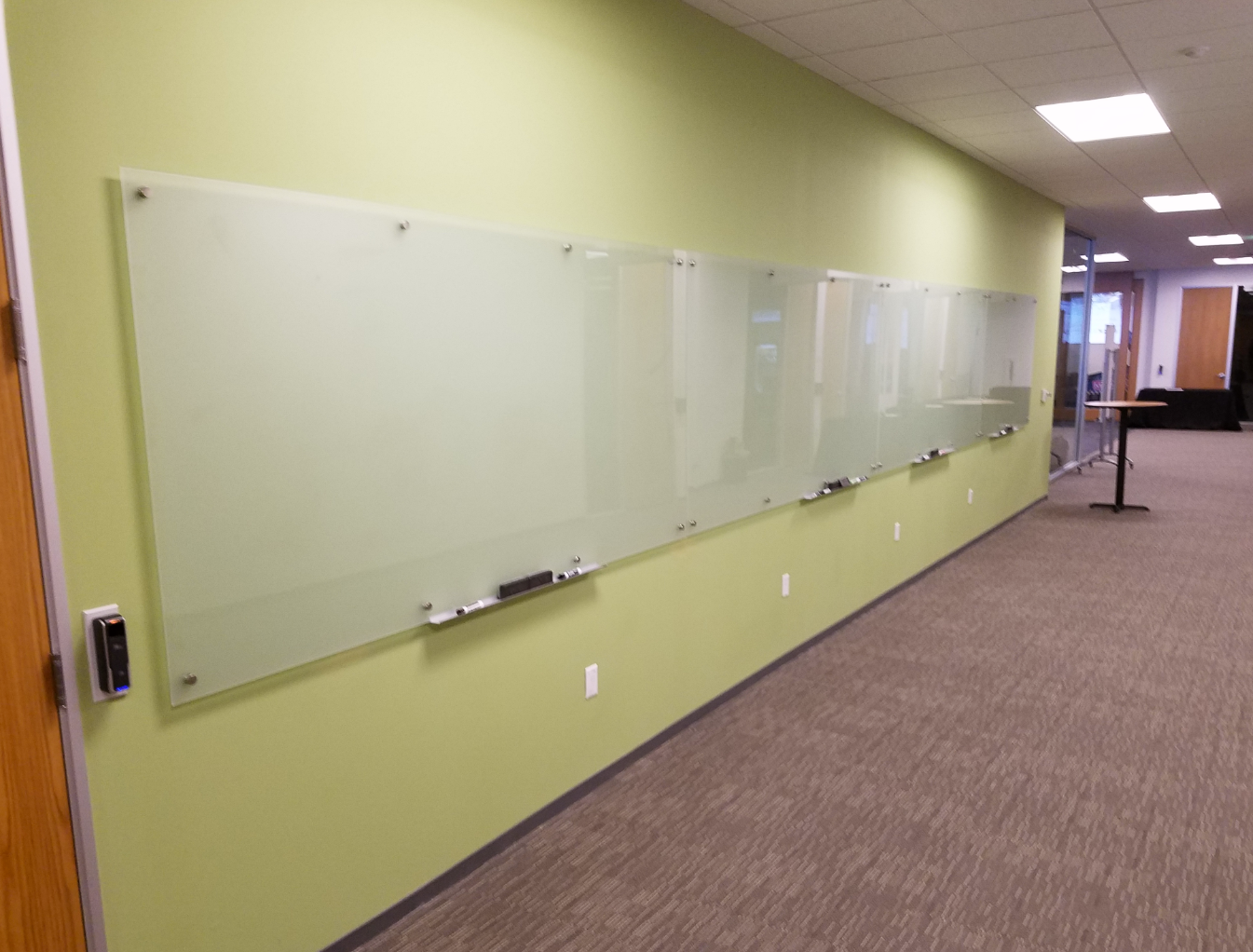 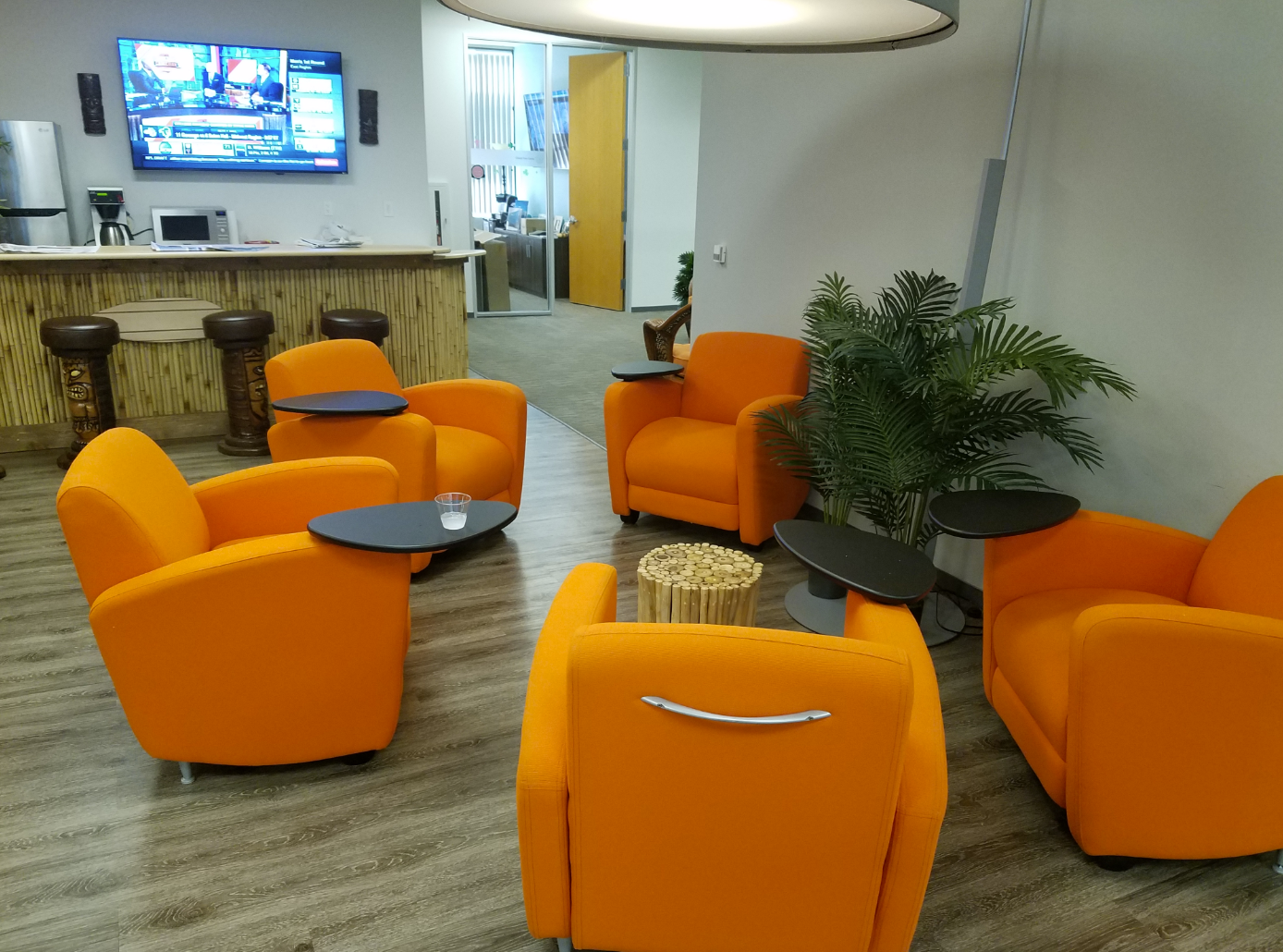 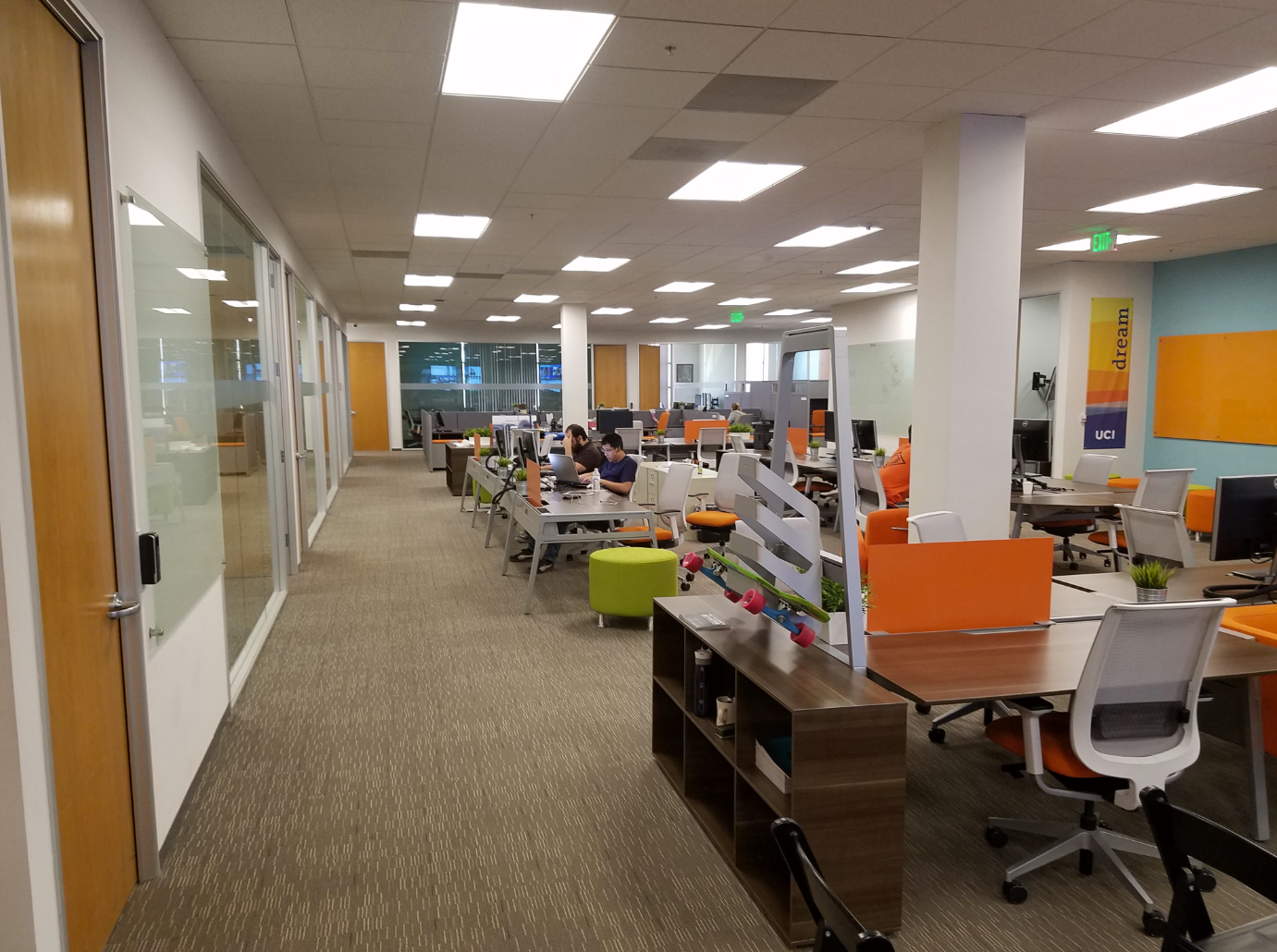 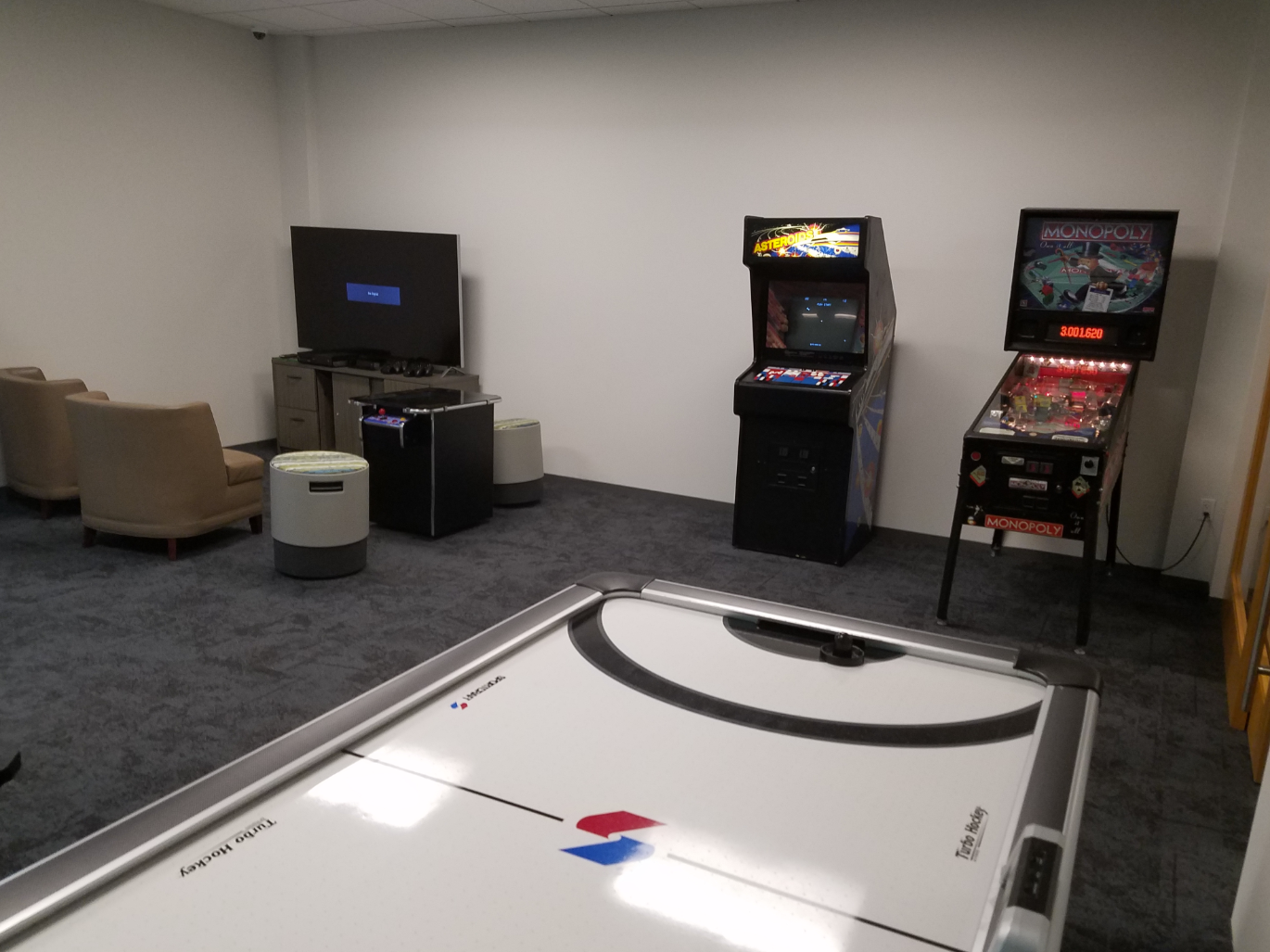 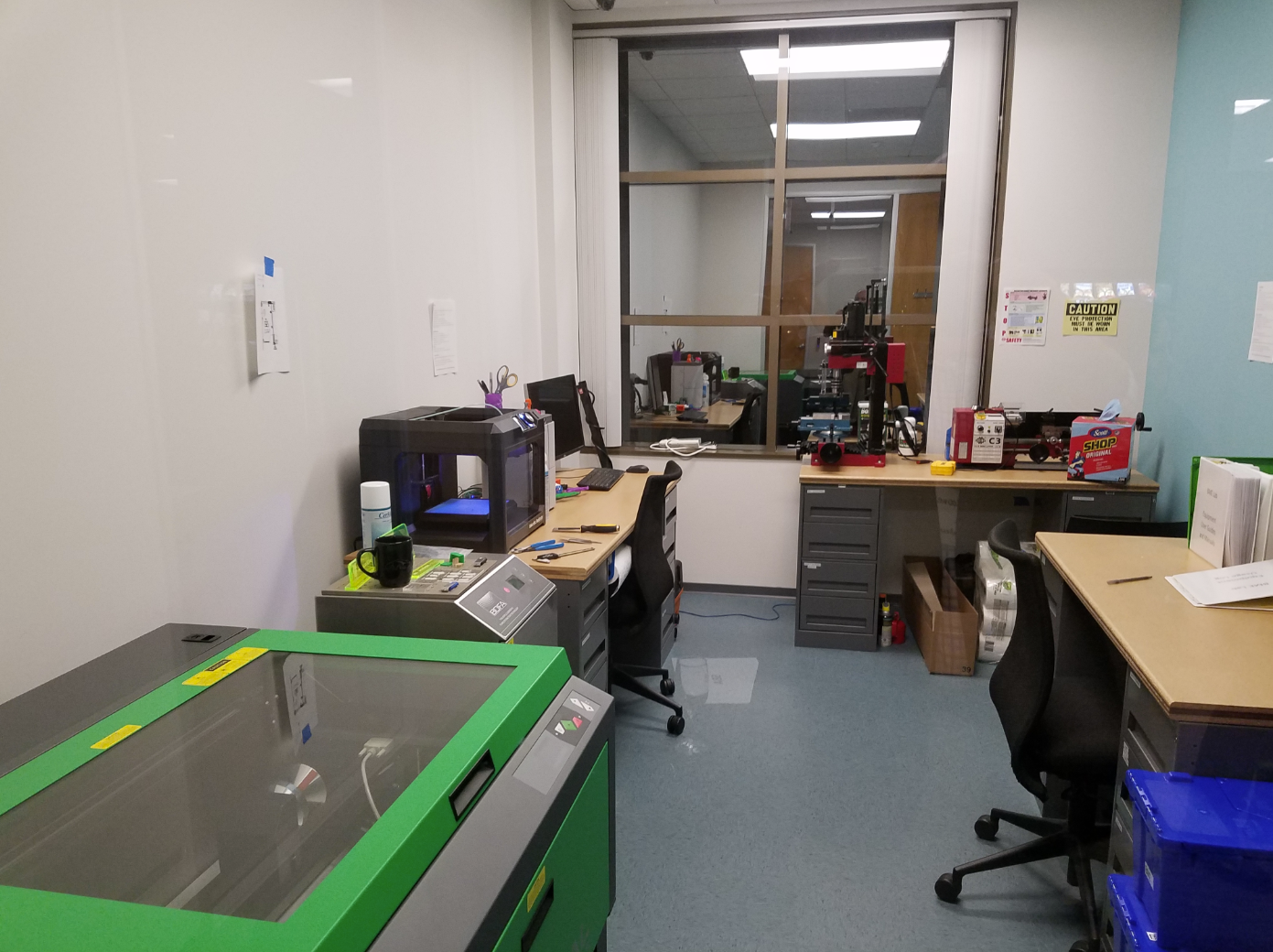 The facility also includes some collaborative dry-lab and wet-lab spaces (not pictured because they were in use at the time).

Although The Cove was certainly impressive, it was only a piece of the puzzle in my head in consideration for this article.   As I interacted with more people working at and attending this event my company was co-sponsoring, I began to recognize a growing recognition of the regional differences in attitude about the benefits and needs for a robust innovation ecosystem.

Certainly Davis is not Orange Country.  There are a lot of things about Orange County that I do not like.  For example, the hotel I stayed at had no restaurants within walking distance.  The Irvine-area business parks, and the buildings contained within, lack variation and aesthetics.   It is a developer’s paradise, and not so much a paradise for living.

And in comparison to Irvine, Davis is no innovation back-water.  Under Linda Katehi’s leadership, UC Davis has made some significant progress growing their technology transfer infrastructure and services.  The Office of Research launched the Venture Catalyst entity.  The UCD strategic plan identifies goal metrics that speak to the need to foster and grow an innovation ecosystem.   Lastly, Davis has some collaborative innovation space and startup incubation and acceleration services (for example, the HM.CLAUSE Life Science Innovation Center and Davis Roots).

However, UCD Davis is behind and playing catch-up in the technology transfer game.  But UC Davis isn’t the primary source of the difference I noted… that distinction rests with the residents of the City of Davis.

Land Use and Economic Vitality – Our Davis Disconnect

Everyone I talked to in a leadership position within the Irvine innovation arena agreed that supporting job creation and economic growth for the Orange County region is their ultimate motivational driver and the ultimate target for everything they do.

Certainly some of the big brains behind these businesses are motivated to change the world; however, the primary focus of the entire collaborative force is to benefit their local region.

The difference is that UCD and the City of Davis do not line up well on these goals and measures.

There are four main ingredients to a new business startup:

This can be a product or service.  UCD is full of marketable ideas.

UCD has much of this, but needs mentoring and assistance outside of the science and engineering talent it has in abundance.

Davis does not yet attract a breadth and depth of angel and VC investors.  But the “build it and they will come” principle has been proven in other regions growing their economic ecosystem.

This is where the local region of Davis hits a wall.

I cornered a variety of people at the Irvine event we co-sponsored to get their advice for breaking down this Davis land-use and development “wall”.   What I got in return was their befuddlement and disbelief.  They just could not comprehend the problem I was asking them to help solve.  None of them had any similar experience they could draw on.

Government officials attending told me that, although it was common to experience opposition to new developments from some residents, it was usually housing developments that generated this and not commercial developments growing economic vitality for the region.  This point was consistently echoed by others I talked to.

I was actually embarrassed after broaching the subject… it was like I lived in the Appalachian Mountain equivalent of communities embracing the development of a robust innovation ecosystem.   Davis is no innovation back-water, but it sure seemed to be the impression I left with these innovation leaders of UC Irvine and Orange County.

Where are we today on Davis resident support or opposition for land use supporting UCD technology transfer that is a catalyst for improving local and regional economic vitality?   Will Davis voters support growing a robust innovation ecosystem, or will they vote down the NISHI or MRIC projects over concerns of personal lifestyle impacts?

It is true that a decision to do nothing is still a decision with consequences.  My hope is that enough Davis voters now understand the expected impacts and consequences for rejecting or supporting these two innovation parks, and smartly vote to approve them.

Then Davis and UCD can be true partners in the goal of creating a robust innovation ecosystem that benefits the city and region, and the people that call it home.

Davis does not need to be like Orange County.  In fact, I would not support that vision.  However, Davis does need to break down the wall of opposition to peripheral land use and vote to approve the innovation parks.  It is the right thing to do.

18 thoughts on “Innovation Ecosystems Have and Have Nots”