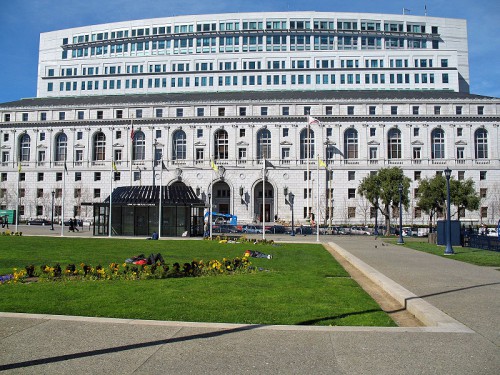 Judicial Discipline Agency To Be Challenged at Monday Budget Hearing

Court reform advocates from across the state are expected to weigh in with lawmakers on Monday, March 28th about an accountability crisis in the California court system. The Assembly Budget Subcommittee 5 hearing will begin at 2:30pm in Room 437 of the state capitol building with a presentation about the state Commission on Judicial Performance’s complaint process, followed by a discussion about the numerous problems plaguing the agency and some possible solutions.

Joe Sweeney, CEO of Court Reform LLC, a San Francisco Bay Area-based advocacy firm that focuses on improving the fairness, transparency and efficiency of the judicial process, will testify about a detailed report he just released comparing California’s judicial oversight commission with those of Arizona, Texas, and New York.

“I was shocked by the disparities in the investigation rates, discipline rates, and budget efficiencies,” Sweeney said. “These are not small differences. California’s commission is a severe, negative outlier by 200-300% or more across the board. The data suggests that hundreds of judges who currently sit on California’s benches would have potentially been removed by the commissions of other states for misconduct,” he said.

Rama Diop, an African immigrant mother whose well-documented complaint about a Marin County judge was referred to the Commission by the California Governor and Attorney General almost two years ago, has been denied a venue for resolving her child custody case while her judicial complaint has languished at the Commission for almost 22 months. The Commission’s website indicates that it generally takes an average of 4.15 months to resolve a complaint. “They say the complaint is under investigation, but I have no explanation for the delay, and no indication of how much longer this is going to take,” says Diop. “Meanwhile, I have no enforceable custody order, and no way to get one, because I am trapped in this judge’s court while the CJP drags its feet.”

The Commission’s website explains that its mandate is “to protect the public, enforce rigorous standards of judicial conduct and maintain public confidence in the integrity and independence of the judicial system.” Yet in its own report detailing the complaints it received from 1990-2009, the Commission admits that only 1.45% of all complaints filed by litigants, their friends and family (i.e., the public) resulted in any judicial discipline.

“The CJP is failing in its duty to protect the public, and it is time for an audit and an overhaul,” says California attorney Barbara Kauffman. “Throwing out 98.6% of complaints made by litigants, without explanation, and waiting two years to act on a single complaint, puts the complaining litigant, and all other litigants forced to appear before a problematic judge, at risk. As we all learned from the Pennsylvania Kids For Cash tragedy, bad judges can harm thousands of parents and children in two years’ time. The public deserves better than this.”

A large number of advocates wearing bright red “Stop Court Crimes” t-shirts are expected to attend the hearing and voice their support for better oversight of the Commission and more accountability for the entire judicial branch.

The hearing agenda can be found here: http://abgt.assembly.ca.gov/sub5publicsafety

A brief memo explaining the lack of remedies for removing a judge available to the public: here