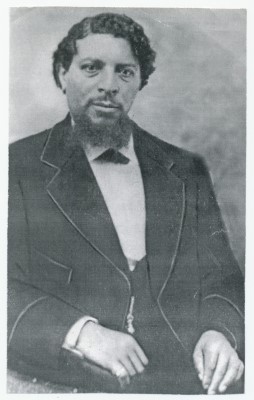 Basil Campbell – remember the name. Considered an anomaly in his days, he was the first African American to ever step foot in Yolo County. His story speaks to the power of underestimated resistance amidst the backdrop of barbaric inhumanity.

Born into slavery in 1823, he lived in Missouri until the age of 13 where he was ripped from his family and sold as property for $700 to Joseph Stephens. Upon the death of his purchaser, he was again put up on auction block and commissioned out by the Stephens family for the rental price of $1/lb for one year of slave labor. He married an enslaved housemaid named Mary Stephens who bore him two sons. Since the bonds of family were rarely recognized by white slave owners, it was of little consequence to them to sell Basil as chattel to a high bidding banker who had a tract of land in Woodland. Basil’s sons were merely toddlers at the time. He would never see them again.

In 1854, Basil was shipped to his new slave owner, J.D. Stephens, who had settled near Cache Creek. Basil had no family, no kin, no brothers or sisters in bondage, and not a penny to his name. He arrived in Woodland in chains, completely alone in every sense of the word – bound to a life of forced hard labor. Although the California Constitution of 1850 banned slavery as a stipulation of the Union, human trafficking still remained common practice as most slave owners did not keep their “property” abreast of new laws and policies. It was also against the law for most slaves to learn to read or write, as a tactic to further subjugate them. Basil was, however, an exceptionally intelligent man, and arrived at an indentured servitude contract with his oppressor in which he agreed to work for 10 years in Woodland for $100 per year. By the end of the contract, he would purchase his freedom.

Although the contract was drafted under the supposition that Basil would save his decades’ worth of yearly “earnings” in order to pay for his freedom, Basil cleverly used his initial $100 yield to invest in real estate stock. After seven years, his share had yielded $10,000. He surrendered over $700 to slave owner J.D. Stephens three years short of his ten-year freedom contract and walked off the Woodland estate a free man – two years before the Emancipation Proclamation.

Still the first African American in Yolo County, and with freedom and assets to boot, he continued to grow his fortune in property. He acquired 2,960 acres of land and approximately $7,500 in livestock by 1879. He expanded his land ownership and came to own sizable tracts in Cottonwood, CA and Fairview, CA which he rented to white homesteaders. Considered a rare example in those days, word of Campbell’s fortune spread quickly.

He married Rebecca Dolton in Sacramento and had one adopted daughter.  He was elected delegate of the State Colored Convention in his later years, and even attended the National Colored Convention in Washington. Mr. Basil Campbell died with a net worth of $100,000 in assets. His life story became a legend among his contemporaries, and convinced many people of color to move westward to California out of hope to follow in his footsteps. 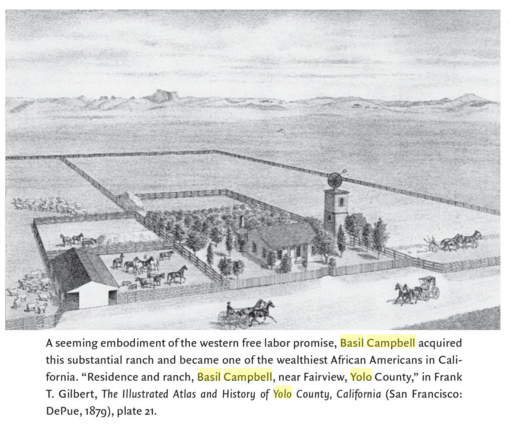 Several years after his death, his sons came to know of his wealth and moved westward to reclaim their father’s financial legacy. In 1910, they brought suit against Basil’s second wife Rebecca in pursuit of a share of his wealth. The court ruled that slave marriages and kinship had no legal standing and threw out the case. The overseeing judged noted, “A marriage between slaves, which neither party can create…which can be terminated [at the will of] their master, is not a marriage relation, and it is a mockery to speak of it as such.” Several appeals were consequently filed, but ultimately dismissed by the Supreme Court under the same grounds. Basil’s paternity went unrecognized and neither of his sons were allowed to partake in his remaining wealth. 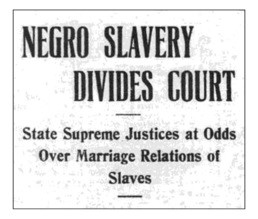 While Basil’s story is a gut wrenching testament to the triumph of human will amidst immensurable cruelty, I found it interesting how the historical documents that source Basil Campbell focused a disproportionate amount of energy on celebrating his “masters” for being honest businessmen. As quoted in the Memorial and Biographical History of Northern California, which was published in 1891 “[Basil] informed us that he considered himself fortunate in his masters in those days of servitude; that he was always kindly treated; and that in J. D. Stephens he found a friend rather than a master, who gave him a chance in the world that few of his race had been favored with. In conclusion, we would like to ask you, reader, how many white men of your acquaintance, think you, could be mentioned that would have fulfilled the contract of working ten years for freedom, when the law gave it without a cent as soon as the soil of California was reached, as did this man who had been born a slave.”

*Image provided by Yolo County Archives and Stacey Smith’s “California and the Struggle over Unfree Labor, Emancipation, and Reconstruction” (2013)

16 thoughts on “The Roots of Slavery in Woodland”