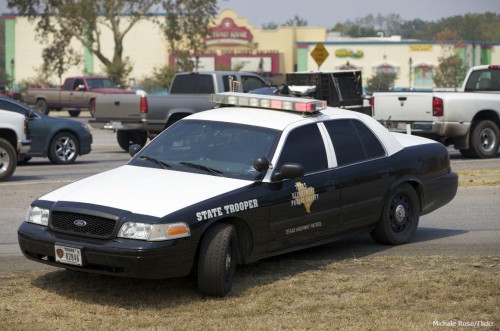 Last year, the Texas Legislature passed an $800 million omnibus bill that, among other things, flooded the Rio Grande Valley with law enforcement officers. And this week, a Texas Senate subcommittee on border security will hold hearings to determine the necessity of increased collaboration between local law enforcement, state troopers, and federal immigration agents.

The last thing we need in the valley is more state and local cops enforcing immigration law.

Having served as a pastor of several Roman Catholic churches in the Rio Grande Valley for most of the last 30 years, I am intimately familiar with the struggles and challenges facing the residents of border communities.

In addition to the extreme poverty of the area, community members have had to deal with the brunt of our nation’s misunderstandings over what constitutes border security. This has become much worse over the past six years as our state’s leadership has irresponsibly amplified the national paranoia about the border.

What’s almost never mentioned in our national discussions is that border communities from Brownsville to El Paso are among the safest places in Texas. There is far more violent crime in Midland or Houston than there is in McAllen or Del Rio.

However, the hugely increased number of federal agents as well as state troopers has had the paradoxical impact of making border residents feel less secure. There is an extraordinary number of these agents on our streets and highways and in our neighborhoods. We see Border Patrol agents near shopping centers and schools. In some parts of west Hidalgo County and in Starr County, I have seen state troopers parked along the highway nearly every 200 yards.

If these police agencies had established a record of public trust, perhaps their presence would not be so onerous. However, that is not the case.

The Border Patrol has yet to implement policies that would make them a fully transparent, publically responsible institution. On the contrary, two years ago this month, Border Patrol agent Esteban Manzanares raped and attempted to murder two teenagers and a mother while on patrol. The public has yet to receive a clear communication of what happened, and why it happened. And while that is the worst example, it’s certainly not the only one: Over the last six years, over 20 Border Patrol agents have been accused of sexual assault.

Not long before the Manzanares incident, state troopers shot two unarmed immigrants to death while sniping at them from a helicopter during a chase. The details of this incident were relayed to the public not by the Department of Public Safety, but by a news story.

And while these examples represent the extreme, residents in the Rio Grande Valley suffer daily indignities at the hands of state troopers who routinely engage in racial profiling that they fail to accurately report.

In short, neither DPS nor the Border Patrol is trusted by the community. The perceived collaboration between local police, state troopers, and the Border Patrol makes any resident with a lick of common sense hesitant about calling the police. And it is this hesitancy that makes our communities unsafe — no one wants stash houses or potentially dangerous activity near our families, but the threat of state-mandated “boots on the ground” puts us between a rock and a hard place.

Immigration enforcement and local policing responsibilities are quite different. The federal government spends a huge amount of resources training its agents. While I continue to have trouble with the lack of accountability by the Border Patrol, I am very uncomfortable with the notion that a local police officer would be expected to know and enforce immigration law.

Finally, living in a region that has suffered generations of poorly funded schools, no public hospital, and insufficient storm drainage infrastructure makes it difficult for me to understand how the state will spend almost $1 billion duplicating federal policing efforts.

In the end, these are Texans we’re talking about, living in Texas cities and Texas towns. But over the past few years, they’ve begun to feel like occupied territories. Our money, our resources, and our time would be far better spent reinvigorating these lively and vibrant communities than militarizing them.

15 thoughts on “The Texas Border Surge Is Backfiring”