On Thursday night, after ten months of discussion over the original Trackside proposal, the developer and neighbors who had strongly contested the original proposal came together to host a community workshop to re-work the plans to redevelop a property along Third Street just to the east of the train tracks.

In May 2015, a proposal was submitted to the City of Davis for a new, mixed use redevelopment of the property, which would have included 10,000 square feet of retail/commercial space on the ground floor with five floors of rental residential units above.

That proposal is no longer on the table. As project manager Kemble Pope told the Vanguard, “We heard the neighborhood and community concerns about the project size, we’re no longer pursuing the 6-story May 2015 proposal and we’re back to the drafting table with neighbor and community input driving a new concept.”

Mr. Pope said, “We had 103 people signed in, not including 7 project folks (2 architects, 1 civil engineer, 1 landscape architect, 1 project manager, 1 general contractor, 1 assistant), and not including several people who declined to sign in. Of the 103 attendees, 8 were investors in Trackside.”

In addition, 90 attendees completed the survey that the project team hopes they will be able to post online in the next week or so.

Kemble Pope, following the workshop on Thursday, answered some questions for the Vanguard.

Right now, we’re still at the drafting table and incorporating feedback from the neighbors and general community. We do know that it will be significantly smaller than the original proposal

Are we still looking at mixed use?

Yes, we envision that the project will be mixed use. The code and design guidelines, and most everyone who has participated so far, agree that new construction should be mixed use with retail/commercial on the ground floor and residences above.

What kinds of tenants are you now looking at?

Many of our current retail/commercial tenants are interested and financially able to return to a new building. If we have a restaurant, it will NOT be allowed to have nightclub activity or late night hours.

We want neighborhood and community support for this project, so we have to find a compromise on the number of floors. It’s important to connect the dots between height of a building in feet, number of stories and the restrictions in place regarding Floor Area Ratio (FAR). With all that in mind, I can say that a new 2-story building is not feasible and a 6-story is off the table.

What kind of feedback did you receive last night?

We received a diversity of opinion on a lot of topics (see survey). Generally speaking, I think that we’re all cautiously optimistic that we can come to a compromise project.

Do you feel like you are now on the same page with the neighbors?

We are all gaining a better understanding of how the Zoning Code, Core Area Specific Plan and Design Guidelines interact… and that there are some discrepancies or conflicts within the documents that will need to be resolved. We are closer to the “same page” with the neighbors as we’ve ever been, and we’re all hoping that continued and open conversations will get us closer.

What was the key to the change?

We heard the neighborhood and community concerns about the project size, we’re no longer pursuing the 6-story May 2015 proposal and we’re back to the drafting table with neighbor and community input driving a new concept.

In the coming weeks, we’ll compile the feedback and have our new architects (LPAS) roughly sketch a couple, or a few, new concepts. The OED [Old East Davis] neighborhood leadership group and adjacent neighbors will be the first to see and comment on these concepts. Hopefully, a refined project will emerge from conversations with that group. Then, we’ll move through the typical application process, including more community outreach and the appropriate commissions. 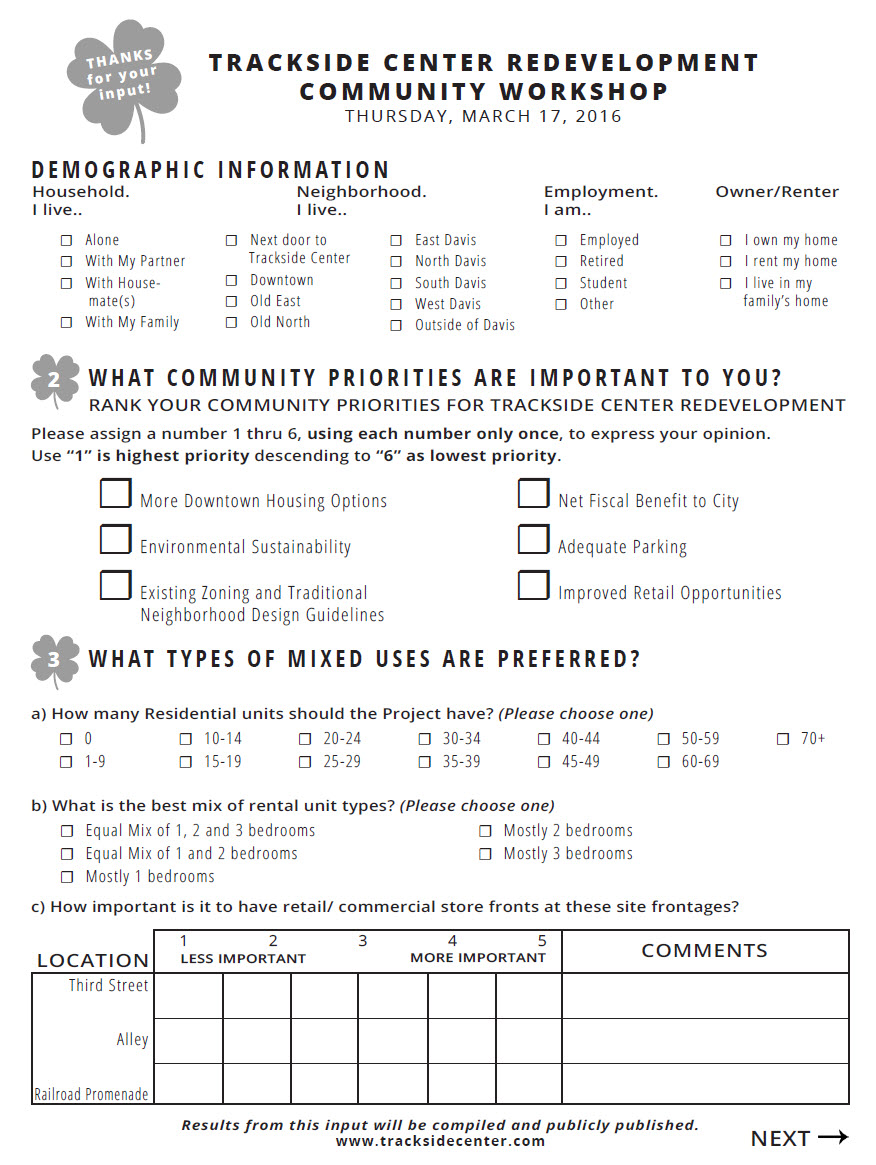 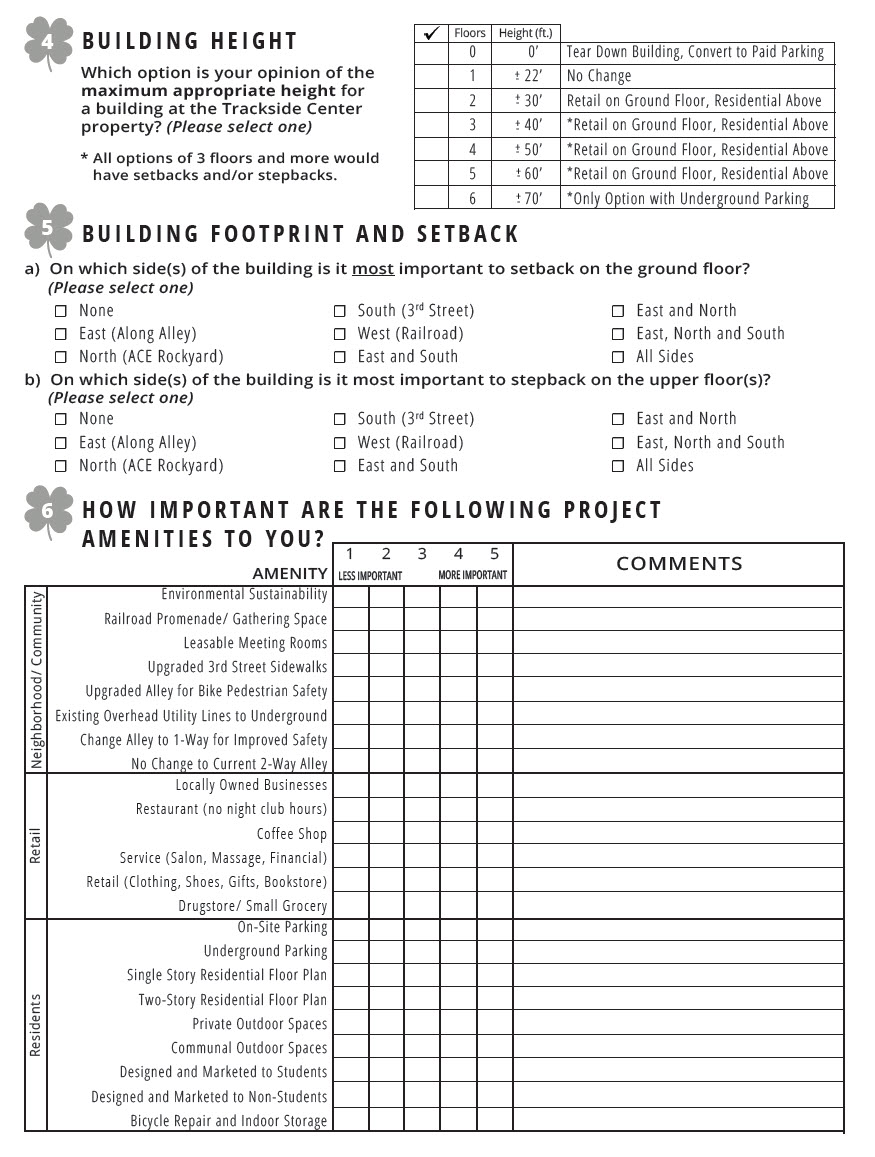 One thought on “Trackside Goes Back to the Drawing Board”