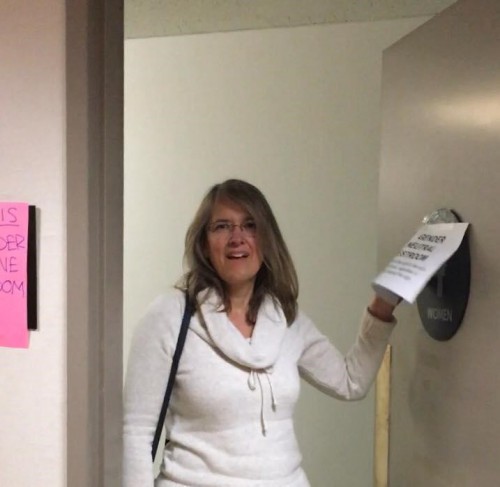 For the past 13 days, numerous media outlets have written about the collection of student activists who have occupied Mrak Hall as a symbolic display of their dedication to administrative accountability.  However, the occupation has also been an opportunity to shed light on issues that go beyond the ethical fouls of Chancellor Katehi and speak to wider community problems within the UC.  One particular issue is the attrition of gender neutral bathrooms on campus, and the limited spaces in which transgender and non-binary individuals can feel safe and – just as important-  be themselves, unapologetically.

Among the diverse group of students reclaiming the space of Mrak Hall are countless transgender and nonbinary members of the UC community. Contrary to popular belief, transgender folk are not few and far between. As victims of erasure, they go up against dominant ideologies which desperately try to reconcile them as anomalies. Their removal from the politics of quotidian life and relegation to the margins of inclusivity serve as a testament to their ongoing strife for visibility. Therefore, the issue of inclusive bathrooms is a much larger issue that people might realize.

When the space was initially occupied, the group of students made a decision to designate nearby public restrooms as a safe space for all to use. To this end, protesters placed handmade signs that read “Gender Neutral/ Inclusive Bathroom- End Segregation” over the male/female door symbols. The signs mysteriously disappeared on Friday, but remained throughout the weekend when they were replaced. On Monday, however, when the employees of the Office of Research returned, the signs were taken down again.  Plagued by the question of who and why, one student decided to sit and wait in the hallway to see who was removing the handmade placards.

Shortly thereafter, a UC employee emerged from the Office of Research and made their way to the bathroom- casually ripping down the appeals for gender neutral inclusivity that had been placed on the walls as a reminder of the transgender presence within the community.

BB Buchanan explains: “We weren’t trying to confront folks because we figured people just didn’t know. We included other signs to let people know and educate them that trans people were in fact here in this space. But that sign also got taken down. That is when we realized that if we want this to be an occupation that is intersectional -that makes all the people who are in it feel safe, then we needed to address it…The next time my fellow occupier  [saw the signs being removed] they confronted them and let them know that [the signs] are for the safety of trans people. The employee replied ‘I don’t care about trans people. I don’t want to pee in the same bathroom as a man”’.

For the next several hours, UC employees were documented tearing down transgender awareness signs and posters just as soon as they were replaced by students. Students watched as their pleas for inclusivity were crumpled in the palms of administrative leaders and thrown into the garbage can, with no explanation or dialogue. They recorded several individuals from the Office of Research continually removing them as they ignored students inquiries as to why they were offended by the presence of transgender and nonbinary people.

The Office of Research has had its own problematic history in regards to inclusivity.  In Fall of 2015, a man of color came forward about the continued harassment he faced as a black employee working in Mrak Hall. He described the experience as being extremely threatening and discriminatory. He was continuously put on display by his fellow co-workers as they became exceedingly preoccupied with his blackness. (https://www.davisvanguard.org/2015/10/social-justice-group-concerned-about-alleged-ucd-racial-incidents/)

These incidents lead us to wonder why the concept of inclusivity is so threatening to the same  homogenous staff that supposedly prides itself on diversity and rainbow-style demographic pamphlet displays. While the issue of the transgender bathroom signs was quelled by an intermediary, it sheds light on administrative attitudes towards non-binary people and the upper tier workers’ unwillingness to share “their” space. Thus, while transgender students pay the $16,000 tuition fee just like anyone else, the distribution of accessible facilities is regarded as outside of the parameters of a campus necessity. To put that in perspective, imagine if there were only a few stalls on a 5,300 acre campus which were open to you. That alone, not including issues of harassment, highlights why gender neutral bathrooms are an issue that requires attention, or at the very least respect. While the UC Davis campus has installed some gender neutral bathrooms in varying places, they were only granted after the tireless efforts of community groups and were not easily approved by the UC.  As the conduct within Mrak Hall showcases, the UC administration still has a long way to go when it comes to understanding what inclusion is. It is a symptom of a larger issue that pervades many of those who wield power in our society. It also goes back to the issue of accountability that has been the overarching goal of the Mrak occupation.

“Katehi works on that floor. She works right next to these people. This is indicative of the upper administration’s belief that they are above the needs of students- that a gender neutral bathroom is something for students but not for upper level management. It never even crossed their minds that there could be gender neutral people working there amongst them.” Says BB. “I am occupying Mrak Hall because Katehi offered up lots of vapid, shallow words about inclusion and the principles of community, but when push comes to shove, little is done to actualize it. It is an intersectional struggle- this movement and the people who occupy this space [represent] varying levels of privilege. Yet we’re making this a space where people can come together to recognize the issues impacting our community. No one should feel in danger and  that they can’t use the bathroom.”

As for the employees? The students were assured that they will be retrained in accordance to UC policies of community. Yet, as BB expands, it’s not just about those select individuals who were featured on film. “ This isn’t some witch hunt for the people that were caught.  There were plenty of other people that were tacitly supporting it. Im interested in a change of the system itself and how it upholds the gender binary that makes trans and queer people invisible. We are not a token. We aren’t the fun minorities that don’t make waves. This really impacts the lives of transgender people and we require it to be taken seriously.” 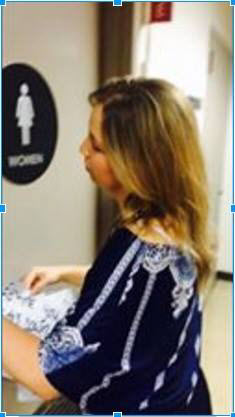 police brutality.  Vice Chancellor Dave Lawlor released an email apologizing for the incident, noting that the names were removed by accident. Lawlor resolves the email by saying “ Freedom of expression is valued by all of us here at the University, and we want students to know that we hear you and we respect your words and actions.” Yet students feel  they have experienced a blatant disregard for the non-binary/transgender community during their time in the administrative lair.

Transgender inclusivity is a dialogue that requires  increasingly more discussion in public spaces. Regardless of  where you fall on the issue, it is difficult to refute the statistics on the significant social barriers transgender individuals face, most of which  are deeply rooted in social intolerance and transphobia. While some  have taken to social media to bash the protestors  for what one user called “capricious anger”, transgender community members and their allies remain firm that attitudes of transphobia contribute to serious violence, which many have lost their lives over. 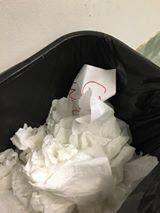 Transgender murders have reached historical highs in recent years, with most victims being people of color. A 2015 Human Rights Campaign report indicates that among the 53 documented cases cited by the study, not a single perpetrator was prosecuted, nor was the death recorded as a hate crime. Prejudice based on gender identity still eludes many state discrimination laws as to what constitutes the motivating bias.  Historically, many  people who identified as transgender were institutionalized, received barbaric shock therapy, and faced numerous other cruelties that sprang from the medicalization of personal identity politics.  Although the transgender community is gaining more visibility, they are still exceedingly more likely to face extreme poverty, job discrimination leading to unemployment, discrimination in access to housing,  and continuously fall victim to public harassment and belittlement. These stark facts are cited by trans activists as being  indicators of “cisprivilege”- or the privilege that one has when they feel aligned to their biological sex within the male/female binary. This is form of privilege is embodied in many daily activities such as clothes shopping, filling out forms, and  most commonly – going to the bathroom.

While some argue that transgender people could simply use the bathroom that indicates their biological sex, this invokes some of the same problematic issues that are present in different but relevant  instances of discrimination: when people with disabilities are told to simply eat somewhere else if a restaurant is not wheelchair accessable, when breastfeeding mothers are told to go to the bathroom to nourish their babies so others aren’t made uncomfortable, and when couples within the LGBTQI community are told to please not publically engage in displays of affection in certain spaces. As the struggle for transgender inclusivity wages on, students have vowed not only to remain in Mrak Hall but also to continue to challenge the ideology of the dominant norm. For more information about the aforementioned statistics, please visit http://www.lgbtmap.org/unfair-price-transgender