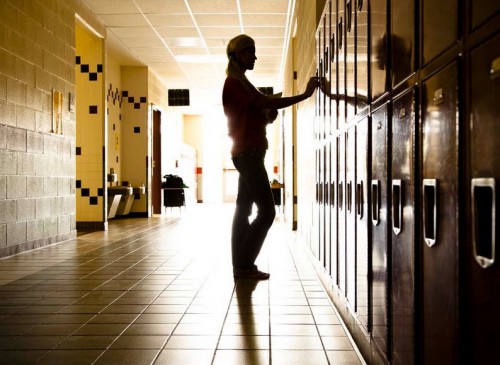 Addressing the issue of school climate, and its role in the academic success and social well-being of Davis Joint Unified School District (DJUSD) students, continues to be a priority for the Board of Education.

The Board will hear an update on school climate, in particular, the results of the YouthTruth Student Survey, at its regular meeting on Thursday, April 7.

Results of the survey have been released, examined and relayed by school principals to the greater Davis school community. According to the district syllabus, the update presentation is “designed to give the Board and community a high level view of the YouthTruth Survey content, results and process timeline.”

In the past year, two climate assessments have been administered to DJUSD students: the California Healthy Kids Survey (CHKS), which concentrates its study on social-emotional aspects, safety and risky behaviors, and the YouthTruth Survey (YouthTruth).

Administered in October 2015, the YouthTruth Student Survey focuses on instructional experience, yet, unlike the CHKS, which is compared on a state level, YouthTruth results are used in comparison to schools nationwide.

The assessments are part of the district’s Strategic Plan, specifically, Strategy 3, intended to “develop and implement a district-wide assessment system aligned with the Common Core Standards to effectively analyze student performance data at more frequent intervals in order to improve instruction, close the achievement gap, and ensure that all student meet or exceed district standards.”

Improving school climate, through means of an assessment system, is Goal 6 in the district’s Local Control Accountability Plan (LCAP), which includes the actions of eight priority areas to ensure all students’ needs are successfully met via state funding.

Student data obtained by climate tools is able to provide a workable baseline to better analyze factors, such as cultural attributes.

While the YouthTruth and CHKS surveys share similarities, in seven out of the 11 areas of focus, the YouthTruth differs in that its emphasis is placed on not only instructional methods, but also college and career readiness.

In the update’s analysis, the overlap between the two surveys confirms that a climate/connectedness gap is present, and mental health, safety and wellness metrics were similar.

These same Davis elementary school students felt less favorable when it came to issues of academic rigor and expectations, relevance and instructional methods.

At the junior high school level, the proportion of positive ratings between a typical Davis middle school and a typical nationally-participating school was broken down to five summary measures: student engagement; academic rigor, relationships with teachers; relationships with peers; and school culture.

The percentage of typical Davis middle school students who felt positive about the academic rigor registered at 67 percent. The proportion of students in a typical middle school nationally was reported at a positive rate of 76 percent.

As for relationships with teachers, the response of typical Davis middle school students was only 50 percent positive, while the response, nationally, registered at 59 percent.

The summary measures for senior high schools were the same as the previous two categories, except for college and career readiness, which was rated positively by 42 percent of the students from a typical school in Davis high schools, compared with a typical school national rating of 49 percent positive.

An average rating of 3.5 out of 5, across the related questions by a proportion of students, was enough to be included in the positive ratings.

Two measures that stood out in terms of a wide gap in positive ratings from Davis students were relationships with teachers, and school culture.

A future timeline includes the implementation of responses, as well as the YouthTruth administration in October.

One thought on “Board to Hear YouthTruth Survey Results”