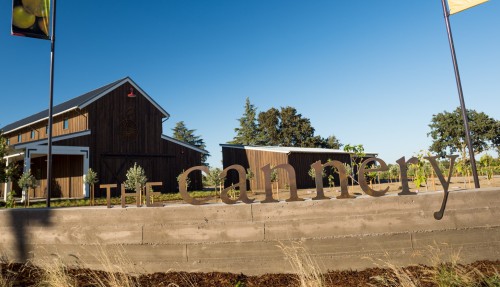 Statement by Eric Roe: “The Small Builder Group of Davis appreciates Bonnie Chiu and Kevin Carson’s withdrawal of their request to reduce the number of Small Builder lots at the Cannery.  In addition, many local residents and Small Builders interested in the opportunity to build custom homes in town look forward to seeing the downward movement to market value in the lot listing prices at the Cannery which would help make their custom home dreams a reality.

“The allotment of Small Builder lots in every new subdivision helps make the architecture and livability of Davis neighborhoods diverse and rich for all residents.  That is what makes Davis a unique and desirable place to live.”

Bonnie Chiu of the Cannery has informed the Vanguard that “The New Home Company (has) withdrawn its proposal.  She added, “Please note that we have also decided to put our proposal regarding the Stacked Flats Condominiums on hold at this time to allow additional outreach time.”

In a letter yesterday evening to Eric Roe, “In light of various reasons, including our recent discussions with members of the Small Builder community, The New Home Company has decided to withdraw our proposal to amend the small builder provision. We plan to evaluate our current lot pricing, and continue to conduct outreach to the small builder community and potential owner/builders to market these lots.”

She added, “Considering the location of the 30 lots are in the heart of The Cannery neighborhood—immediately adjacent to parks and greenbelt features that will be substantially completed in the coming weeks—we hope to see these lots develop timely. We encourage interested parties to visit the neighborhood if you haven’t been through recently to view the progress of the parks. We are really excited to bring these amenities to the community.”

In that letter last night she stated, “The proposals for the mixed use project and the stacked flat condominiums will proceed as scheduled on Wednesday.”  However, she now has told the Vanguard in her letter this morning that “the proposal for the stacked flats is on hold.”

Last week, the Vanguard reported that Cannery is looking to add 24 stacked-flats over and above the current development agreement; now the Vanguard has learned that on Wednesday, the Davis Planning Commission will hear a request to reduce the number of Small Builder lots at the Cannery subdivision from 30 to 14.

Mr. Roe writes, “This is an Agreement that was reached with the understanding that the local Small Builder community would support your project during the City approval process and we expect you to honor our agreement.”

Proposed changes include a “Development Agreement Amendment for the 30 Small Builder Lots (Lots 220-225 and Lots 226-249 on attached exhibit) to reduce the number to 14 small builder lots and adjust the timing and requirements for sale of them.”

Second, “Amendments related to development of the Mixed-Use Commercial Site including revisions to the Planned Development and Final Planned Development to increase the number of residential units allowed from 24 units to 36 units, and update the Affordable Housing Plan to reflect the unit changes; revision to the Design Guidelines to increase the maximum building height on the West Side from 35 feet to 45 feet and incorporation in the Development Agreement of the revisions to these documents by reference.”

All these amendments will require final approval by the Davis City Council.

Staff notes once again, “The City has determined that the proposed projects, which would increase the total number of residential units in The Cannery to 583 units and allow approximately 171,000 square feet of mixed-use development on the commercial site, would be consistent with the Environmental Impact Report that was prepared and adopted as part of The Cannery Project.”

They identified 30, or 15 percent, of the 223 lots in the four identified villages that would be “small builder lots.”  Writes the group, “The Small Builder Group understands that 30 small builder lots will be comprised of 16 Cannery Village lots and 14 Park Homes lots. All 30 lots will be located near the Neighborhood Park in the central portion of the project site.”

The agreement placed limits on the number of lots any of the small builders could purchase in a give year in order to limit the number of homes at any time by a single contractor.

The agreement concludes, “The Small Builder Group understands that the project has not yet been approved by the City Council and the number of lots, location and mix are based upon The Cannery Subdivision 5026 Vesting Tentative Subdivsion Map on file with City of Davis, dated July 30, 2013. Should the number of total market rate units and/or the type of market rate units be modified to a lesser number and/or different housing types as part of, or before final City Council action, the number of lots and location will be revisited. Small builder participation will remain a component of project and only the total number, type and location of lots would be revisited for revision.”

The agreement was signed by, among others, Ashley Feeney from The New Home Company.

He concludes, “The Small Builders will be at the Planning Commission meeting on Wednesday night to speak against your request.  We feel strongly about this issue for many reasons.  Small Builder lots do not just create jobs for local Small Builders, local sub-contractors, local suppliers, and other local real estate professionals, but they create opportunities for citizens to purchase a vacant lot on which to design and build the custom home of their dreams.  Many of these citizens may have special needs, or may just want something different than the limited number of floor plans available for purchase at the Cannery.”