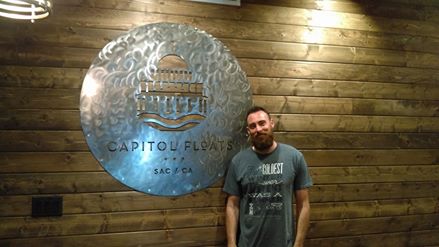 Snugly located in the Oak Park neighborhood of Sacramento, Capitol Floats quietly celebrates its 6-week anniversary. Nestled just across the street from the Old Soul Co., its doors are easy to miss amongst the bustle of Broadway traffic. Amidst this boisterous urban setting is a place of serenity; a space to seek out experience without expectation. Behind the doors, many possibilities await – relaxation, peace, and stillness – but ultimately, a window into ourselves.

Capitol Floats offers guests a portal into their own brain through the use of REST (Restricted Environment Stimulation Therapy) tanks that invite mind altering experiences and introspection. Meditation seekers lie suspended in body-temperature salt water in a lightless, soundproof chamber, as they are invited to explore the corridors of consciousness – often coupled with a sense of physical and mental bliss. While owner Ryan Duey remarks that no two floating experiences are the same, he stresses the point that isolation tanks are merely a vehicle for grasping a better understanding of oneself.  The overarching mission of Capitol Floats is to encourage introspection despite the chaos and overload of the postmodern world; to “turn off your distractions and tune into yourself to recognize your potential and make an impact.”

Luckily, Capitol Floats has the power of science behind it. Sensory deprivation can bring about a wide array of benefits in addition to much needed relaxation. Studies indicate that the use of REST devices can help achieve a heightened sense of mental clarity, an increase in creativity, and enhanced post-float performance for athletes, musicians, and students. The tanks have been found to lower blood pressure and stress-related hormones levels, making it an excellent treatment for headaches, insomnia, anxiety, hypertension, arthritis, depression, and chronic pain. The tank’s ability to quite the mind has also made it an excellent resource for people struggling to overcome addiction, or any other compulsive behavior – as well as to find emotional balance. Lastly, the enriched water that envelopes the body is a healthy elixir for the skin.

Research indicates that when the brain is at rest or experiences a lack of stimuli (be it through sleep, daydreaming, or through sensory deprivation), it becomes increasingly more efficient in problem solving and triggers multi-lobe processing that is conducive to a more in depth analysis of mental data. The lack of external stimulation also encourages the brain to generate and reflect on its own thoughts and imagery. Many REST study volunteers noted the perception of lights, shapes, and patterns in the darkness that transformed into more complexed images, like a movie projector for the mind. Out of body experiences, epiphanies, hallucinations, and memory retrieval have also been reported, on top of the overwhelming sensation of complete peace and weightless nirvana. As a newcomer with a first time float under my belt, I can personally attest to the powerful impact of the experience. This adventure into the body is deeply grounding and restorative, like a natural sedative that transmits you back to the womb. One emerges from the water on a different wavelength, centered and tranquil. Somehow, life’s problems suddenly don’t feel so big – as an appreciation for the present moment is all that seems to remain.

As Capitol Floats enters into its 7th week of business, Ryan Duey divulges that the success of his endeavor has surpassed all his expectations. “We are extremely excited to be open and serving the Sacramento community. Floating is a great tool that means so many different things to so many different people. It’s been amazing to hear how it’s helped numerous people thus far.”

As his clientele base continues to grow, Duey is pleased that others are able to find the same enlightenment that initially drew him into the trade. Although he is a Sacramento native, Duey has explored life both inside and outside of the USA through travel and study. His calming presence and laid-back California cadence seem to be a testament to the philosophy of the float – an experience that proved powerful enough for him to quit his business job in the Bay Area and begin constructing his own center.

His brainchild Capitol Floats is impressively well equipped with state of the art hydro-technology. The well balanced space also boasts a large reflection area in which floaters are encouraged to draw, write, mold clay, or solve puzzles as they re-acclimate back into the world after the cerebral bliss of their hour-long meditation. The Zen tank rooms also include a shower for patrons to cleanse themselves both pre and post float. Earplugs, towels, soap and shampoo are provided – the only thing guests are asked to bring is an open mind. First time subconscious seekers can get more information on how to book their affordable REST float by visiting www.capitolfloats.com. This awakening experience is something everyone should try at least once. 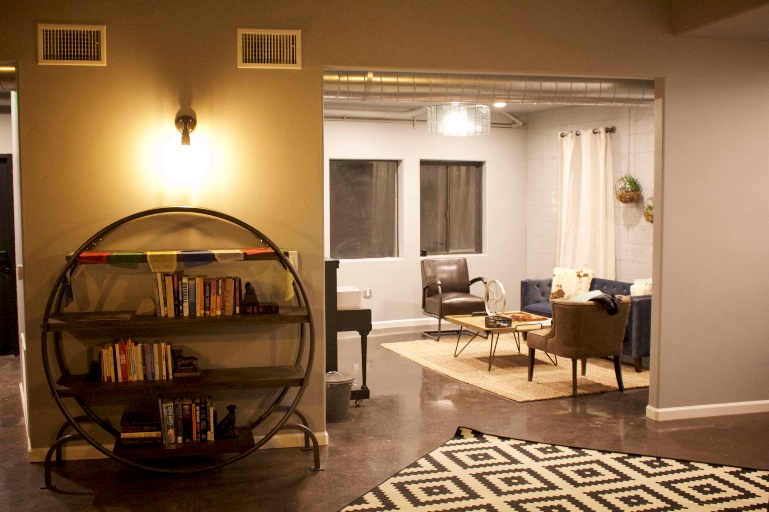 Share:
Previous : Testimony by Officer Resumes in Lovett Trial
Next : City Council Candidate Question 1: Do You Support or Oppose Nishi?