For the next eight weeks, the Vanguard will be sending the Davis City Council Candidates weekly questions.  They have 250 to 350 words.

This question does not get to the heart of the Nishi issue.  In a democratic process where each individual man/woman has only one vote, in the voting booth I am only representing myself.

The principal reason I believe a June Nishi vote was/is a bad decision is because the financial analysis of the project is not “materially complete and accurate.”

In addition, until all three parties to the agreement have come to the table, I believe the Nishi Development Agreement is also not complete or accurate.  The developer and City have done their part, but UCD, is still on the sidelines.  No UCD signatures appear on the signed Development Agreement.

UCD’s financial contribution to the infrastructure construction costs is still unknown.   If in the future UCD agrees to contribute to the underpass construction costs, there is nothing written out in the current Development Agreement about whether that contribution will go to the City’s Affordable Housing Fund or the developer.  Had the ballot been delayed until UCD stepped up, the Development Agreement would have reflected the same three-party status that has defined the project since its inception.

As a result, each individual Measure A ballot cast in June will be a “guess” based on the personal feelings and beliefs of the individual voter.  Some voters passionately argue that Nishi’s non-financial benefits trump Nishi’s financial and procedural issues. Other voters make an equally passionate argument that Nishi’s financial and procedural issues trump Nishi’s non-financial benefits.  It is truly unfortunate that the voters will have to “vote blind,” casting their ballot on the basis of politics and promises rather than on the basis of substance.

I support the democratic process that has created Measure A, and overall I support the project.  I absolutely do not support the February 16th decision establishing the premature June Measure A vote.

Our community’s economic development strategy results from a years-long citizen engagement process. Our consensus goal is to increase and diversify our revenue portfolio with sustainable new sources. The best, and plainly obvious, opportunity to do so is to leverage the incredible knowledge and talent stemming from UC Davis to the maximum benefit of our community.

Our citizens crafted a dispersed economic development strategy, including peripheral business parks and development of infill sites near our city core. Nishi is not just identified as a potential site, it is said to offer “the best opportunity for a close innovation hub” by the City’s Innovation Center Study.

Nishi also represents an important partnership between the City and University, at a time when we are trying to influence University policy in a major way. We want to put pressure on UC Davis to increase its share of student housing, and to work with us to mitigate the impacts of increased enrollment. Working together as partners is our only opportunity to gain influence with such an autonomous and unwieldy entity as the University has proven to be.

But waiting for UCD to “do the right thing” ignores the needs of our community. Our unhealthy rental housing market negatively impacts us in a number of ways. It is the main driver of unaffordability, mini-dorms pop up in our neighborhoods, and renters who work or study in Davis are forced to live elsewhere, exacerbating impacts on our community and our environment.

We saw this coming: A need to diversify our City revenue portfolio, to address an unhealthy rental market, and to collaborate with our critical partner and neighbor, UC Davis.

We saw this coming, we worked together for years, and we acted.

The Nishi Gateway is a modestly-sized project in an weirdly-shaped piece of land that is only valuable because it happens to be next to one of the world’s great communities and universities. It follows a citizen-driven economic development strategy, addresses numerous identified community needs, and honors our critical partnerships.

I believe this project is an opportunity we cannot miss, and I strongly support it.

The development process used for Nishi was pretty much exactly as most people suggest it should be; it wasn’t developer-driven, it was a citizen-driven planning process. The Nishi proposal went through most of the city commissions (some multiple times), and there were numerous public meetings/workshops/outreach over the course of the multi-year process, continually refining the proposal along the way. Additionally, a group of stalwart citizens (informally the “Nishi Working Group”) spent countless hours providing input, which improved the final proposal; I’m greatly appreciative of their efforts.  A subcommittee of the Council, (Robb/Rochelle) were tasked with assisting in development of baseline features/Development Agreement.

The vast majority of items asked of the applicant, Tim Ruff, were agreed to, and included into the final proposal.

Not everyone is satisfied with the project as proposed, and that’s not surprising, given that its nearly impossible to satisfy everyone all the time. Sadly, some have felt it necessary to litigate the project- following a fairly consistent emerging pattern.

The Nishi project is proposed to be staged so access via pedestrian/vehicle tunnel under railroad tracks and a reconfigured Richards tight diamond interchange are complete before the actual building of housing and R&D space happens- (likely a minimum of five years before that occurs).

The project before the voters isn’t perfect (no project big or small ever will be), but the Nishi infill project is quite good:

It will provide much-needed R&D space-to capture technology and startups emerging from the UCD campus- so the city can create jobs and capture increased revenue.

Nishi will provide needed mixed-use apartment housing for students, and small for sale units for empty-nesters close to the heart of downtown and the campus. The bike & pedestrian access will be unparalleled (allowing for significantly reduced vehicle usage).

I believe its worthy of passage and support by Davis voters. 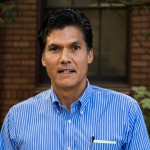 I was skeptical that I would end up supporting the Nishi Project.

I met with the developer and expressed my concerns, which were basically “Traffic is bad enough already, why would we want to make it worse? We need the new access point to the university and also the redesigned freeway interchange in order to improve the traffic flow before we talk about a new project. I think those things are years off.”

A few days later the developer asked “what if we agreed to not move onto the site until both pieces of infrastructure are complete? Both the grade separated access point to the University and the I-80 interchange?”

And that agreement changed my mind.  The development cannot be occupied until the freeway interchange is complete and the access point to the University is added.  The City of Davis is not responsible for paying for either item and the City is not required to lobby either UCD or Caltrans to make the projects happen.

The plusses to Nishi are as follows:

It adds vitally needed apartments to our community in a location that is ideal for access to the University and downtown.

It adds smaller size “for sale” units that will average 1,200 sq ft.  So while they are likely to be pricey, the smaller size will make them more affordable than the larger units we currently see being built at the Cannery.

The new Richard’s freeway interchange and two lane Olive Drive access to Nishi will serve as a new “Southern Entrance” to the University which will reduce the traffic congestion of people heading into town through the Richards Tunnel. Many people headed to UCD will use the new Olive/Nishi access point.

The downside of Nishi is its close proximity to the Freeway, which results in air pollution concerns.  The developer has committed to creating a “green buffer” of trees to help reduce particulate air pollution and is currently working with Caltrans to expand that buffer.

So I do support the Nishi Project. I believe it is a good project that will be of overall benefit to Davis.

43 thoughts on “City Council Candidate Question 1: Do You Support or Oppose Nishi?”