The Yes on Measure A campaign formally kicked off on Thursday with a good sized crowd at the Natsoulas Art Gallery in Downtown Davis.  The event featured a notably and unusually large number of students and people under 30.

The Vanguard was invited mainly to report on the remarks made by Councilmember Rochelle Swanson, the keynote speaker for the event.

Councilmember Swanson talked about the importance of Nishi, which she said “is especially important for all of the young people in the room because we are at a pivot point right now.”  She said that “whether or not this is approved at the ballot box, and whether or not we actually put words into action, it’s your futures.”

“A lot of people that are opposing this campaign,” she said pointedly, “they got theirs.  They’re done, they got their home.”  She said, “I think it’s time to really call it like it is.”

She issued an apology to the business community “and all of the people that supported me looking for a leader and to have real leadership and lead from the front.  I think that a lot of us have been getting it wrong, we’ve been careful, we’ve been concerned as we should be… but we stopped being audacious a little while ago.”

“This isn’t about innovation parks, or a tech park, this is about jobs,” Councilmember Swanson stated.  “I know a lot of people like to use innovation like it’s a bad thing, but the reality is we have to innovate jobs that are being replaced by computers and automation and by changes in industry.  That’s what innovation is and that’s what we do.  That’s what UC Davis does, that’s what Sac State, that’s what the JC’s do.” 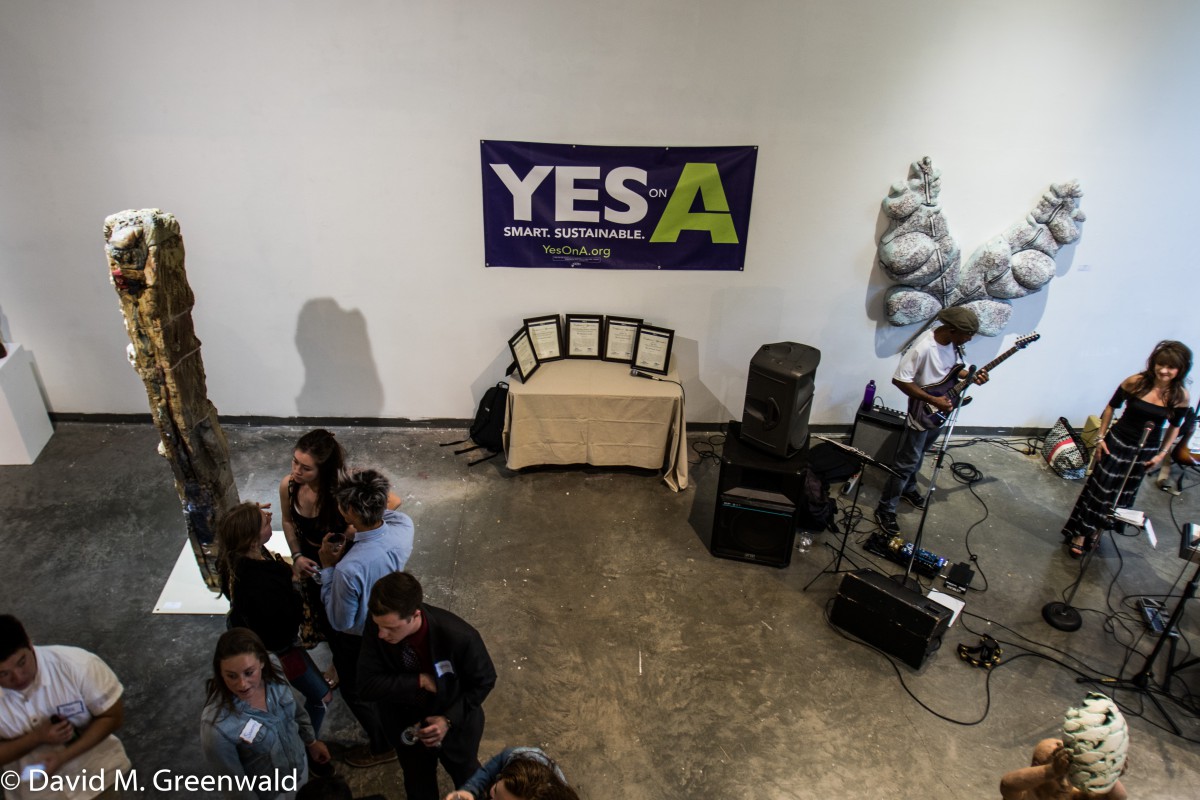 “We are an education mecca and need to behave like it,” she said.  “We’re the home of UC Davis – and we’re not doing the part in our community.”

Ms. Swanson noted that she was at a Greater Sacramento conference the past few days, and that “a lot of companies want to be in Davis, they don’t want to be in other communities.”  She said, while they were “all very excited,” at the same time it was “depressing” because “we saw the metrics.”  “We are 58 percent higher in our region over other regions on dependence on government jobs,” she said.  “We don’t have any diversity and those are going to shrink.”

Rochelle Swanson noted that Davis likes to brag that it’s the second most-educated city in the country.  “Wrong,” she said.  “We’re not.  We’re not even close.”

She said, “We’re eighth in California and everybody else is in the Bay but us.”  She said, “But how much longer is that going to happen?”

Her answer, “Not much longer.”  She cited the stat out of UC Davis – 75 percent of grads leave the region.

“We’re not paying it forward if we don’t get involved,” she admonished.  “People made this community great for us.  People before us.”

She said that “people are going to complain about traffic, about affordable housing, that’s what I see on the signs.”  Ms. Swanson explained why we have a problem on Richards – “it’s because we’re broke.”  She said, “We are broke and we need revenue and the revenue is going to come from tax measures or from jobs.”

One of the problems, she said, is that students wanting to do an internship have to get in their car, drive into Sacramento or Roseville and then drive back to go to their first class.  “That’s why we’re so far behind,” she explained.

She said the difference between Madison (Wisconsin), Raleigh-Durham (North Carolina), or Boulder (Colorado), “the difference is they have innovation centers.  They don’t have a small one, they have a couple of them.  This is step one.”

“I can tell you what’s going to happen if this does not pass,” Rochelle Swanson warned.  First, we tell the region that we had our stuff together for a brief time, but we don’t anymore.  “More importantly it tells the Bay Area, we are a ‘no go’.”

She said they want to come to our innovation centers, but they can’t because one of them is on hold.

“I don’t want to be a Debbie Downer, I want to be excited.  I’m normally the cheerleader – but we need to be scared.  When you see people sit there and say, we don’t need this, think critically, use your education –why?  How does it affect them?  Do they have kids in our schools?”

She noted that we should be scared about the number of inter-district transfers we are relying on.  “We are educating everyone else’s kids, we keep passing parcel taxes, and our schools are still falling apart,” she said.  “This campaign is directly tied to that.  We got to tell that story.”

“Start challenging those people who want us to be an innovative community,” she said.  “Ask them why.”  She added, “Are they going to pop out a dollar checkbook?  $500 per parcel.  According to one of my colleagues who is very good with numbers, $5000 per parcel.”

“We have millions and millions of dollars in debt, in back maintenance, which is catching up to us because future councils, and future community leaders did not see the long term impacts of the recession, they didn’t see what was going to happen when the job markets were changing.”

She went back to the issue of traffic and noted, “If you drive around all of our roads, not just Richards, there has always been a will to improve things, there just hasn’t been money.”

The take home point was, “We are at an inflection point of our community.”  She said, “We have a .2 percent vacancy rate in Davis – that is not going to cut it.  We need to quit being scared – housing prices aren’t going to fall because we have a couple of innovation centers.  Or because we have grad student housing so we don’t lose people back to the Bay.”

She called the 75 percent exit rate for UC Davis grads “mind blowing.”  She said, “The same things are cited every time, no job, no housing.  But no jobs is the bigger one.”

“I’m going to be more courageous, I’m going to think more critically, and I’m going to get back in people’s faces when they say that we don’t need this.  But I can’t do this alone.  It takes three on the dais but it takes a whole community to come together.”

She said, “One of the things that they talked about this week at the retreat – is that you look at the region like an engine and you need to have six pistons – I think we need eight, I think we’re a V-8 region if we do it right – we are one of those pistons.”

“If we don’t do our part, nobody else can do their part,” she said.  “We are the home of UC Davis and we need to behave like it and own it and be able to do the jumpstart and be able to be the thing that makes everybody else excited.”

She read a quote: “Vision without execution is a hallucination.”  Thomas Edison.

She said, “That is what we’ve done – we’ve planned, we’ve planned.”  “Paralysis by analysis, Davis gets an A-plus in that.”  She added, “But I love this community.”

Her ask, “Think critically.  Be strong.  Be courageous.  We can’t afford to allow other people  to handle our responsibilities.  This is an inflection point.  I cannot lead without other people being behind me and being in the same direction.

“This is the one thing we got to preserve what we have.  People are scared of change.  Things are going to change and not for the better, but for the worse if we fail in this vote.” 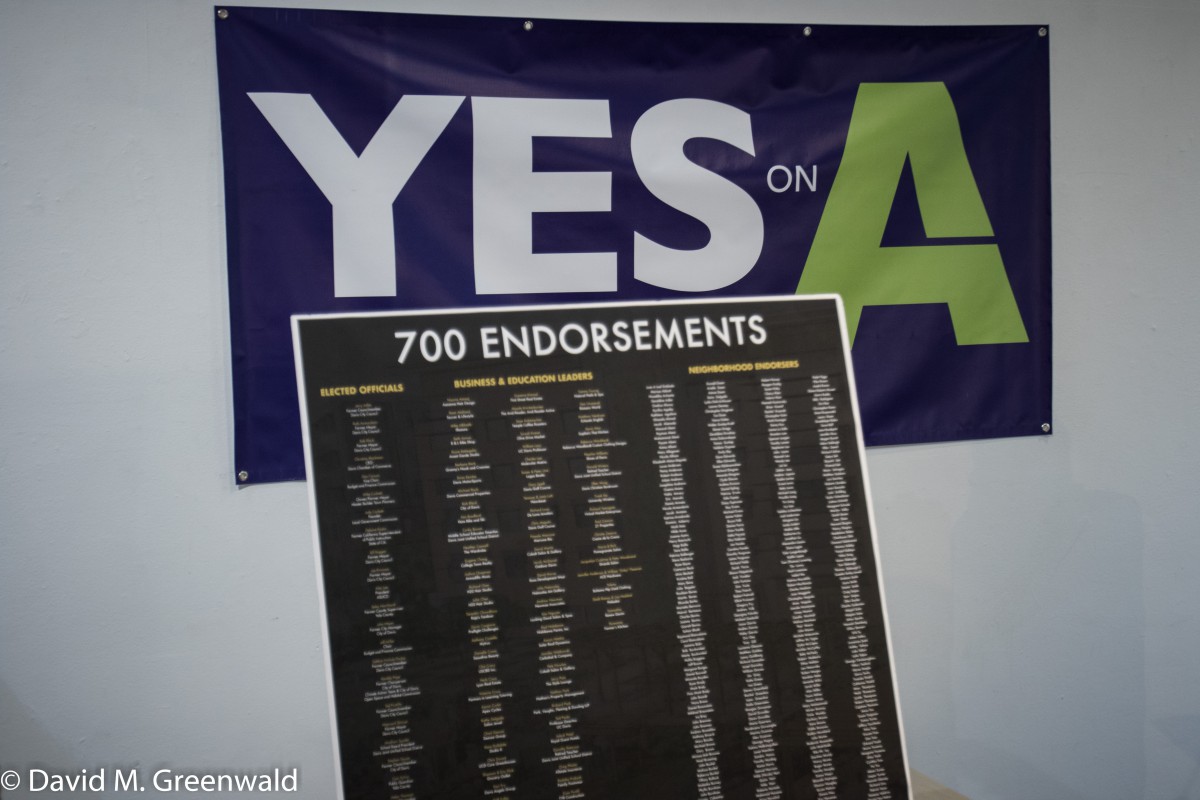 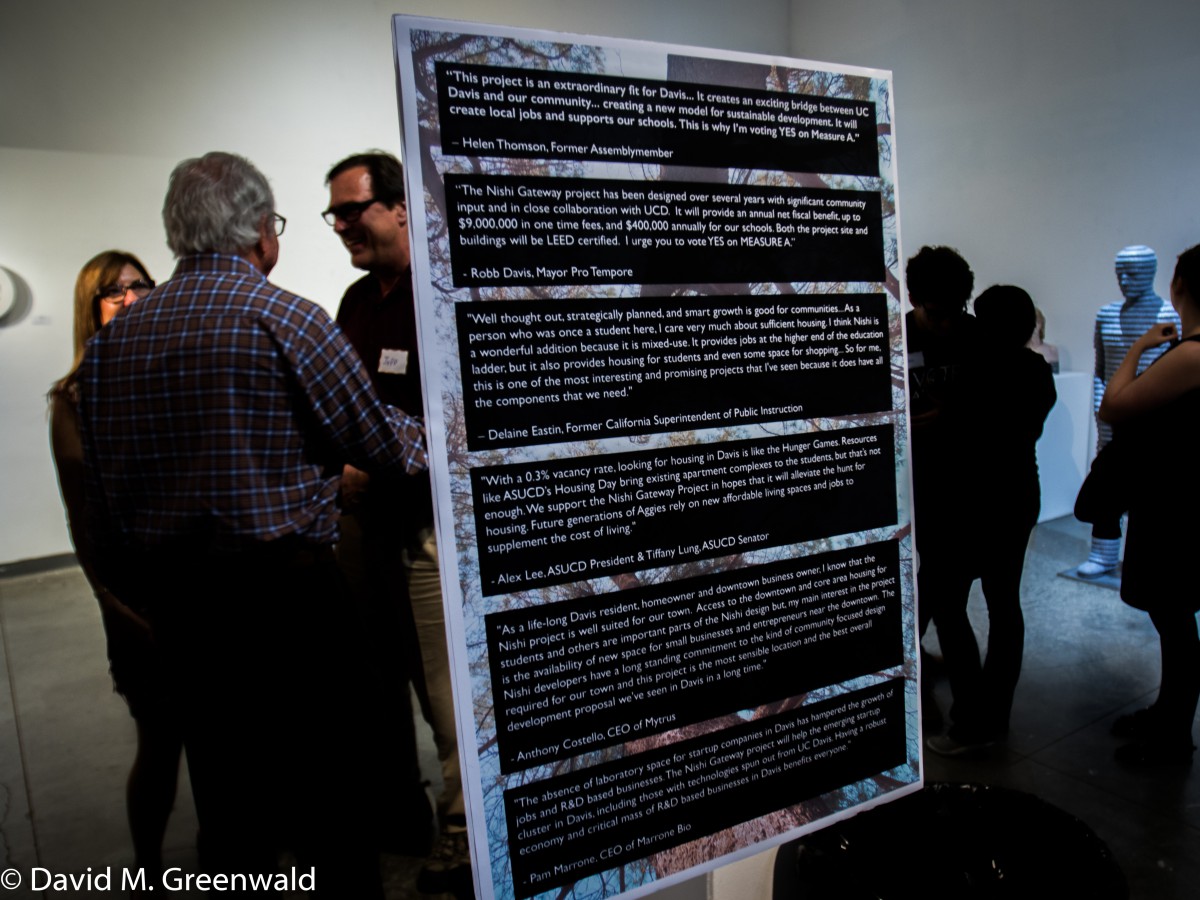