The Richards Boulevard/Olive Drive area is the most poorly planned intersection in Davis. There is no clear right of way when turning and you frequently compete with bikers and pedestrians. People leaving In-N-Out floor it across multiple lanes while dodging traffic incoming from the freeway.

My personal favorite is when people waiting in line for a Dutch Bros. coffee literally block the intersection because the line is so long. I understand it’s good coffee but it is hazardous to bikers, pedestrians and vehicles.

When I heard that Measure A will result in significant improvements to that intersection I was excited. The improvements associated with the Nishi project include a protected bike lane similar to the ones that have been popping up around the city.

The freeway off-ramp will be revamped and it will funnel into two lanes rather than one. New designated turning lanes will be added for vehicles. As you exit the downtown you will be funneled into four lanes, and right of ways will be much clearer due to the diamond intersection they will be implementing.

These are the kind of multimillion-dollar improvements that intersection has been in dire need of for decades. It is only possible with the developer fees from Nishi. I am willing to accept more cars at that intersection as long as these improvements are made before people occupy the project, which was successfully negotiated in the final hour by our City Council.

The status quo is unbearable, and with a growing university, that intersection is going to continue getting worse unless these improvements are made.

The environmental impact report is available online at the city website. The traffic mitigation is clearly laid out and I believe it will make one of the most confusing intersections in Davis far more navigable for both cars and bikes.

Please vote yes on Measure A to make Richards safer. 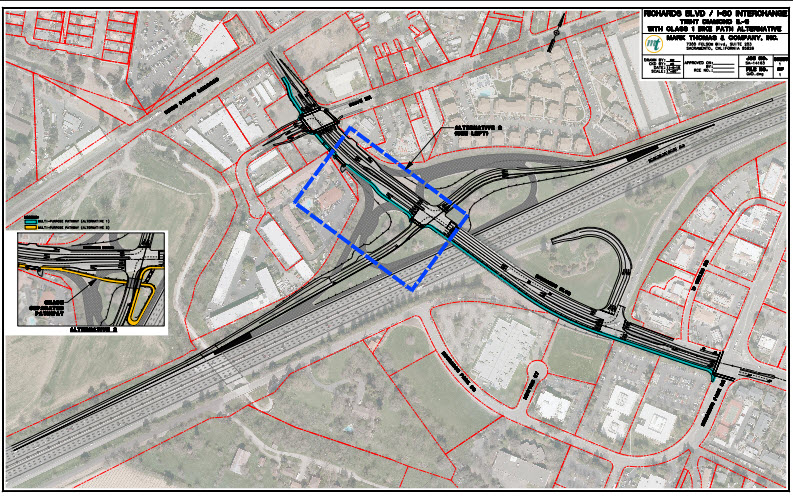 Share:
Tags:Nishi GatewayRichard BlvdTrafficTransportation
Previous : Guest Commentary: The Concept of Race Is Nothing But Fiction
Next : City Council Candidate Question 3: MRIC and Its Fallout

17 thoughts on “Measure A Will Make Richards Safer”