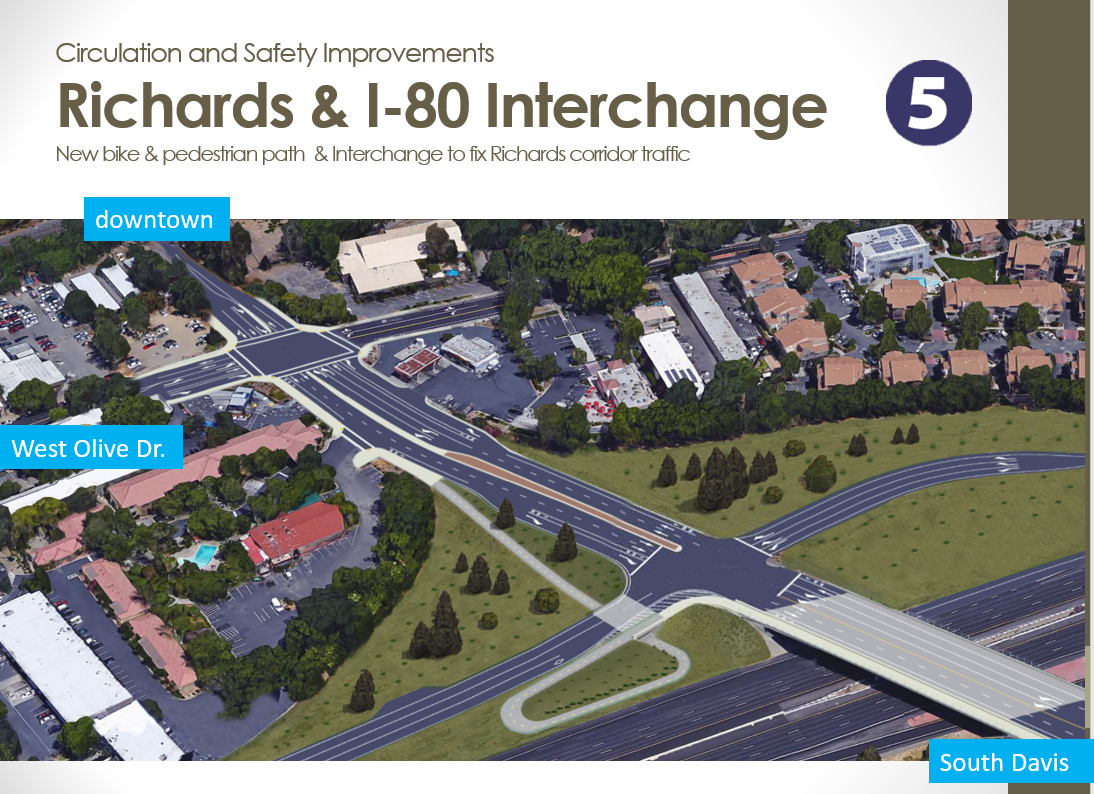 (From Press Release)  The City of Davis released a rendering of plans submitted to CalTrans for the Richards corridor that must be completed prior to building the Nishi Gateway project, a live-work community on Davis’s June ballot designated as Yes on Measure A..

The rendering, attached, shows the following:

“Improving Richards Boulevard has been a priority since I was first elected to the City Council in 1972,” said Maynard Skinner, a former Mayor of Davis. “We were never able to secure the money necessary to improve it, and without the millions of dollars provided by Nishi, I worry that the city will remain unable to make these critically needed changes on its own. Voting Yes on Measure A will secure a funding source for these critical improvements to the entrance to our City and core commercial district.”

Yes on Measure A includes a binding agreement that would ensure that the Nishi Gateway invests more than $23 million in Davis infrastructure improvements, all without new taxes. This includes a new access road from Nishi to campus and Old Davis Road so people living and working on Nishi can access I-80 from the underutilized Old Davis Road I-80 interchange. Both these major circulation improvements must be completed before any building can occur on the Nishi project.

From 2009 and 2013, there were 15 collisions at the Richards Boulevard/Olive Drive intersection, six of which involved cyclists. The City submitted to CalTrans an alternative bike path that would be safer to use than the current configuration. The path would pick up where the south side of the Richards tunnel ends and move the bicyclists further away from the road. A new tunnel will go under the freeway entrance so bicyclists and cars do cross on the same grade. This path will allow bicyclists to travel directly to South Davis.

Additionally, the current westbound onramp to Interstate 80 from this chaotic area leaves drivers little time to accelerate before merging directly onto the interstate. The new plan will create a dedicated lane to merge onto the freeway as well as an HOV (carpool) lane, creating safer travel along this corridor.