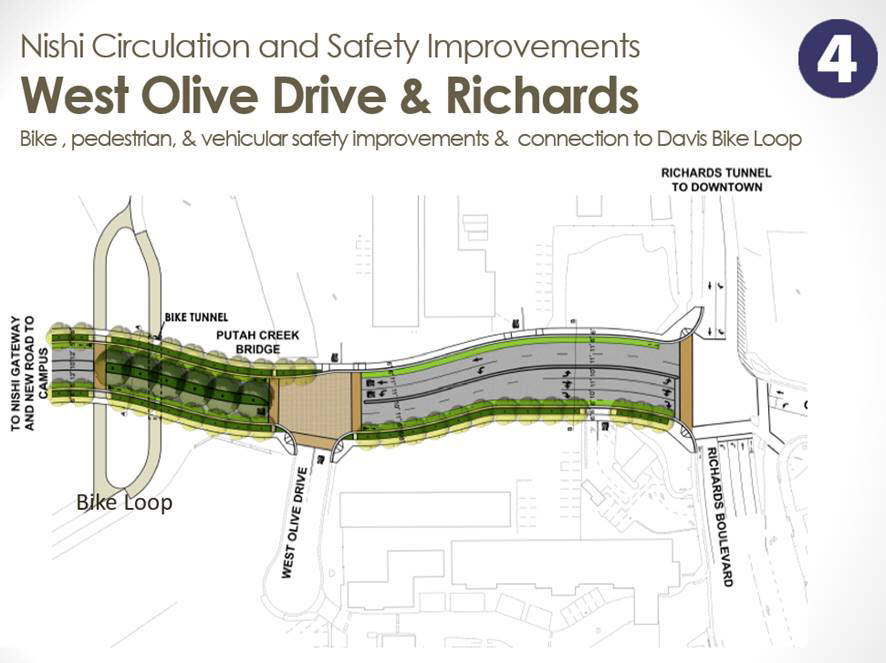 Critics of Measure A and the Nishi Gateway project are making up imaginary fee numbers, shouting about giveaways to developers, and claiming that the project is a money loser for our citizens. In reality, my analysis below shows that this economic development project will be a bonanza for our city, our schools, the county, and many other governmental agencies in the region.

As you might know by now, our city’s Finance and Budget Commission, of which I am vice chair, found that in the long run at full build-out the project could bring up to a $1.4 million net fiscal gain to the City of Davis. That’s roughly the equivalent of the money the city receives each year from the existing $49 per parcel parks tax.

Most of the new revenue will come from increased property and sales tax revenues and an assessment imposed on the development to offset city services costs. The combined revenues will more than pay for fire, police, parks, public works, and other city services, because infill projects like this one require relatively less city staffing to serve new residents and employees than urban sprawl.

Please note that the one-time and ongoing fiscal benefits identified here are expressed in current dollars, and that the arrival of much of the funding would occur as the project is built and occupied. Thus, the actual dollar amounts collected would in many cases be much higher than shown here after adjustments over time to reflect inflation and escalation in property tax values.  Even so, the net annual fiscal gain described above is actually small potatoes compared to many of the other benefits that the city, and the larger community and region, would gain if Measure A is approved by Davis voters on June 7.

For starters, the fiscal estimates above don’t include the generation of sales taxes from the actual construction of the project. Nor do they take into account all the economic spin-offs from the project – specifically, higher property tax revenues likely to result as demand grows for additional commercial space for new business-to-business enterprises. These factors could ultimately put millions of dollars more in city coffers

The Nishi applicant is obligated to build and deliver to the city about $29 million in public infrastructure. This includes an extension of Olive Drive and a new railroad undercrossing that will divert traffic from the Richards tunnel and route it instead through the innovation center into campus. Under the ballot language of Measure A, the costs of these improvements are borne by the developer and cannot be paid by city government, a provision that cannot be changed without another vote of the people.

The infrastructure package includes an elaborate new network of parks and greenways – amenities that were significantly expanded at the urging of city commissions and citizens during the development review process.  The parks and greenway space alone, which will include new bicycle and pedestrian connections along Putah Creek, will be at least 14 acres or almost three times the size of Central Park. Any citizen of Davis will be able to access and enjoy these new park facilities, which are estimated to cost the developer in excess of $7.6 million to improve when engineering and other “soft” costs are included.

The project applicant will be required to ante up $9 million in various one-time development impact fees for water and sewer hook-ups and traffic impacts.  Part of the estimated $4.8 million in roadway impact fees may be used for a new bridge at the east edge of the project near Putah Creek to avoid conflicts between cars and bicycle traffic. About $3 million of that sum will be spent as the project’s fair-share contribution to improve the Richards/Interstate 80 interchange, including a separate and safer north-south track for bicycle commuters.

An additional $3 million in development impact fees, by my estimate, will be collected on a one-time basis to address the city’s costs for storm sewer services, open space, public safety, and general facilities. Construction taxes imposed under the city Municipal Code will amount to an additional $3.4 million. The city has often used such revenues in the past to help maintain city streets and bike paths and for other public capital improvement projects.

Another $1.2 million in community enhancement funds will be contributed by the project to the city’s affordable housing trust fund, and among proposals for civic arts, establishment of a local carbon offset program, and improved management of downtown parking systems. Also, the developer is paying additional fees to fully offset the costs of the planning and permitting process.

The benefits from Nishi will flow beyond city government.

The Davis Joint Unified School District has concluded that the impact of the project is so small, due to its commercial space and orientation toward student housing, that it would have little impact on local school enrollment. Nonetheless, Davis schools will benefit if Measure A is approved. A Davis Joint Unified School District analysis concluded that the project would generate $1.4 million in one-time development impact fees that would be available for the construction or reconstruction of school facilities.

In addition, the developers will eventually pay school parcel taxes, special assessments, and property tax assessments that together will generate about $462,000 annually. About $72,000 of these annual payments will reduce the burden on other existing taxpayers by paying off outstanding debt service for school facilities.

Add to the benefits for education about $190,000 per year that the project would eventually generate for the Los Rios Community College District in regular and special bond debt property tax assessments. The County Office of Education would gain about $110,000 for its programs to oversee area schools and assist children with special educational needs.

Technically, in addition to these amounts, Nishi Gateway will generate almost an additional $2 million in property taxes annually that will be used for the support of schools. However, because, under voter-approved Proposition 98, the state is financially responsible for meeting school funding levels, these additional property taxes generated by Nishi will actually free up state funds that can be used for other purposes, such as health and social services programs, corrections, and public universities like UC Davis.

Various other local agencies would gain from the approval of Measure A.  The library system would gain $125,000 annually in property and parcel taxes. The project would generate $126,000 annually for Solano County Water Agency, which handles certain flood control issues locally, and $11,000 each year for the Yolo County Resources Conservation District, which addresses wildlife habitat concerns, from the property tax.

The exact fiscal benefit that Yolo County would derive from Nishi will depend on forthcoming tax-sharing negotiations with the city. A complete analysis of county fiscal impacts is not available publicly. But my analysis indicates that the net fiscal benefit to the county from the development of Nishi will likely be substantial.

The county government’s main costs for public services for lands that have been annexed to cities are providing criminal justice, health, and social services. However, very few calls for police services will come from commercial areas in Davis, and Nishi’s relatively young population of students and workers is unlikely to generate much demand on the county’s “safety net” programs. Many students and faculty will go to UC Davis for help when they need it.

Moreover, the positive economic fallout from Nishi Gateway would help the finances of governmental agencies across Yolo County.  Nearly $144 million in economic activity and 800 jobs resulting from the construction of Nishi Gateway is projected to occur outside the Davis city limits. This translates into higher personal incomes, which usually leads to increased sales tax collections, for West Sacramento, Woodland, Winters, and unincorporated county areas.

County revenues would gain in several direct ways. If the city and county ultimately negotiate an even split of property taxes, even though the city will be responsible for providing most public services, the county would receive $227,000 in property taxes annually. Proposition 172, a half-cent sales tax established to support public safety programs, and other tax sources could bring the county’s annual tax revenue boost to $500,000.  The county would also collect about $2.3 million in development impact fees on a one-time basis to support a broad range of county-operated programs.

Instead of providing “giveaways,” this project will financially support programs and projects that benefit all of us in Davis and Yolo County. All of this depends, of course, on your support for Measure A.