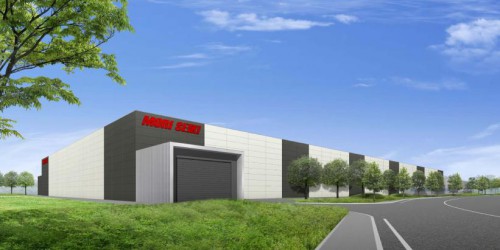 According to the Finance and Budget Commission estimates, Nishi would mean at least $1.4 million annually for the city’s coffers.  And, while that amount is not a game changer, Mace Ranch Innovation Center starts out at a modest $2.2 million per year, with more aggressive (realistic?) projects likely to go to $5 to $6 million, along with another $10 million in one-time fees.

That translates to about $7 million in annual revenue at build-out.  If people want to quibble with how much money the two projects would generate, that would be fair given the uncertainties of revenue, build-out and other factors.

What there is no denying is that even $7 million a year is a small amount compared to the city’s needs of about $655 million over a 20-year period.

Those numbers, as presented by Matt Williams at a candidates forum, come from the city. He broke down how the $655 million was calculated. $200 million of that is for roads over 20 years. $352 million is buildings and parks. $114 million is for retiree pensions and health benefits.

He said that we are doing better on retiree health benefits and pensions, “but that’s only $114 million of the $655 million.” We have a parks tax, but the parks tax is “leaving us with $315 million worth of capital infrastructure maintenance that we’re going to have to do to the parks surfaces and buildings.”

He said, “These reports came from staff. They came in the last 120 days. We really do have to understand, what we have promised to ourselves.”

Yesterday we noted that Nishi, while it is still early in the election process, appeared to be in trouble. It is hard to imagine a scenario where Nishi fails but MRIC passes. It’s possible, but a citizenry that would reject the modest Nishi project is likely to reject MRIC as well. Opposition to that is already growing, even before the decision, likely this summer, as to whether to put the measure on the ballot.

If Nishi fails, it is conceivable that MRIC would even pull out rather than risk additional millions to attempt in vain to get approval. The landscape is already shifting quickly, with Woodland moving toward their own Innovation Center that they could offer more cheaply and with far greater certainty than the difficult gauntlet of Davis.

As we have reported, in February, Rochelle Swanson noted that Mace Ranch Innovation Center could net $2.2 million annually according to the EPS Consulting report, with the potential for as much as $6 million a year with a one-time $10 million fee.

She recognized the need for revenue, stating, “It’s not hyperbole, if this doesn’t pass in November, I’m going to be a big cheerleader to bring back a really big parcel tax, either that or we’re going to start closing things.”

At minimum we would be looking at a $250 per parcel tax. That would, according to past projections by the city, generate the roughly $7 million that the two projects might reasonably generate.  However, the $655 million figure suggests we need to find not $7 million, but $32 million.

The stakes are high.  The community still faces a shortfall on roads being able to fund $4 million, when the need is at least $8 million. Then there are the parks, where the current parks tax funds only about 25 percent of our needs.  We have city buildings and other infrastructure needs. Our swimming pools are in need of upgrade. And finally we are still underfunded on pensions and retiree health benefits.

Maybe the public is prepared for what it faces – a large parcel tax that two-thirds will have to support. Maybe they are willing to fork out the $250 to keep parks and greenbelts working while repairing roads and city buildings.

Maybe they are prepared to support the $250 for the city while funding our schools in a renewal tax, at least at the $500 per year level.

But something tells me that the majority of the public will be caught off guard by a massive new tax.  They will have heard the rhetoric from our leaders that “our budget is balanced and resilient.” That we have a balanced budget and a healthy 15 percent reserve. That, “Better yet, it is a fiscally resilient one in that we are paying what we need to be for our pension and retiree health obligations and are making substantial investments in our infrastructure…”

Based on that rhetoric, they will not have seen the $250-plus parcel tax coming.  They will question where this came from and why the city hid the ball from them.

They will have heard about Davis Renaissance, but missed the part where we have huge needs in order to fund infrastructure that was neglected for at least one decade amidst the economic downturn.

Even if we do manage to pass a $250 parcel tax, there is the question of where the other $25 million comes from.  Do we dare ask for a full $1000 parcel tax to fund all our needs for the next twenty years?

Innovation parks were never going to solve all of our problems, but adding at least $7 million in revenue, plus additional money perhaps in hotel TOT (Transient Occupancy Tax) taxes and other smaller commercial development would have at least reduced the need to lay everything on the taxpayers.

There will be some calling for cuts – and cuts they will come. We will see service hours reduced, city employees laid off, swimming pools and parks closed, roads in perpetual poor condition and the overall quality of life in Davis will be drastically reduced.

In the end, the voters will get their chance to weigh in on both Nishi and MRIC, but if they do, they should have all of the facts at their fingertips and understand exactly what the consequences would be if these projects do not pass.

My biggest disappointment is that in the haste of patting ourselves on the back at the beginning of the year, we lost out on an opportunity to really lay out the challenges we face and what it will take to resolve these problems in the long term.

76 thoughts on “My View: Is Community Ready for Plan B if No Economic Development Revenue?”