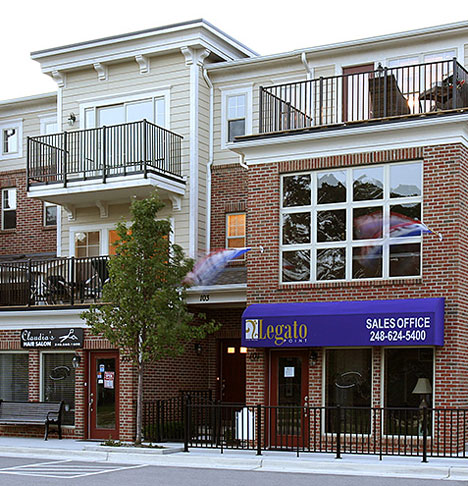 I got the idea for this column from a number of conversations I have had over the last few days.  Part of the problem that I think we face in this community is that most people really do not know the extent of the problem we have.

I keep hearing, particularly from the opposition to Nishi, that there is a lot of anger toward the project and they believe that the project will be voted down.  It is hard to assess those claims – I don’t see a tremendous amount of evidence for it overall.

In 2009, it was obvious that Measure P was in trouble – the whole political landscape seemed heavily tilted against the project.  I don’t see that level of discord now – granted, Measure P went down with three-quarters of the voters opposing it.

In the end, the voters will decide whether they are willing to bring in 1500 jobs potentially and provide 1500 beds for students in exchange for potential drawbacks on an imperfect project.

However, pass or fail, we will be dealing with these same problems in July that we are now.

I think the first step is that we have to understand the nature of the problem.  Some object to re-hashing old issues, but old issues are what are at the core of current problems.  Starting in 1999 and 2000, the city, like most cities in the state of California, expanded salaries and post-employment benefits – pensions, retiree health care, etc.

We were able to survive the early period due to the real estate boom.  But once the recession hit, the double digit revenue shut down and, while the city of Davis was more resilient to the downturn than other communities, the end result was Davis fell into a deep hole with regard to infrastructure.

How deep?  Hundreds of millions of dollars.  The number that has been used recently is $655 million over a 20-year period, roughly $32 million a year.  That is a hole on roads, which we were are currently funding at $4 million but on which we should be spending $8 million.  We have parks maintenance.  Currently we have a $49 a year parcel tax, and when that was passed we knew that was about a quarter of what we needed.

There are other infrastructure needs like recreational facilities and city buildings, and we also still have a hole for unfunded liabilities – pensions and retiree health care.

Our city leaders have spent a large amount of time talking about the improving economy, the shrinking deficit, and some have used the term “Davis Renaissance.”  The problem is that right now those $655 million are considered off-budget and so, while costs mount, it doesn’t affect the current year’s general fund.

Part of what concerns me is that the leadership in this town, for the most part, is not talking about these core issues.  The populace is not mobilized to this threat.

There was an interesting comment from earlier this week that the council candidates seem to have very little separating them on issues.  One of the candidates argued that the apparent agreement on issues had more to do with the question format than the reality of agreement – they argued that more open ended questions drew out differences better.

But one thing I see on council is that from 2006 when the Vanguard was launched until 2010 or even 2012, there was a high degree of acrimony on the council.  Discourse was accusatory and uncivil.  The councilmembers who have been elected since 2010 have reflected a kinder, gentler approach to governance.

Sometimes I wonder if we haven’t learned the wrong lesson from those councils.  While civility is important, a consensus model for moving forward seems to be leaving us short on key issues.  It leaves underlying problems unresolved.  It fails to mobilize the community.

While I think the community clearly grew tired of petty bickering, robust exchanges on big ideas are not necessarily occurring.

Rental Housing Crisis:  The problem here is simple – we have a 0.2 percent vacancy rate right now.  The university is planning to add 9000 students, faculty and staff in the next ten years.  The university is not planning to house all of them.  The city has some options for housing some of them: Nishi, Sterling, Lincoln40.  They could add 3000 beds if approved, but two of them are controversial at best.

Some believe we should put the housing on the university.  The university is clearly going to have to add housing, but is clearly not going to add enough housing to accommodate 9000 new bodies in the next ten years.

We ask this question of the council candidates tomorrow, but some will argue we will meet and work with them, some argue we should pressure them, others argue we need to fix this problem ourselves by growing.

Personally, I think pressuring the university and even the regents isn’t going to bear a lot of fruit.  I don’t see a lot of sympathy in the region for Davis’ plight.  Most in the region are critical if not resentful of Davis’ growth control policies.  I don’t think we will get a lot help from the regents on this either.

I know others disagree, but I think any resolution is going to come from a combination of building a few apartment housing projects, and working with the university on good locations to put housing on campus.

I do agree with those who wonder why it is okay to build on prime farmland that UC Davis owns, but not build on our own periphery.  At the same time, I also believe that we cannot simply grow our way out of this problem.  Simply adding housing is not going to resolve the issue.  Careful planning and collaboration will go a long way.

I still think at some point there is a danger that students will mobilize and change our land use policies if we do not figure out how to create release valves.

Fiscal crisis: Yes, we have a fiscal crisis and it is growing worse, not better.  It is important to understand that our unmet needs are $655 million.  That means we would need to spend $32 additional million per year to meet the current level of needs.

How big a number is that?  It’s more than 60 percent of our General Fund.  This isn’t take a haircut time, this is carpet bomb whole departments and eliminate swaths of city services.

There are plenty of examples of communities that have a much higher percentage of sales tax revenue than Davis, but a lot of those cities are struggling because they failed to control costs.

First, hold the line of expenditures.  For reasons that still baffle me, the city gave out $1 million in COLAs (Cost of Living Adjustments) last fall.  Will $1 million kill us?  No.  But any increase in expenditures will make this much more difficult.  We have to discipline ourselves that we don’t have money and we are actually in the red – we have simply moved the red off-budget.

Second, we need tax revenue.  Taxes alone are not going to solve this problem.  We would be talking about a $1500 to $2000 a year parcel tax to reach $32 million.  But a smaller parcel tax could fund things like roads and parks while we keep the sales tax.

Third, just as we are not going to grow ourselves out of this hole, we also are not going to be able to tax ourselves out of this hole. We developed a plan for economic development that in my view matched Davis values – a focus not on massive peripheral development or peripheral retail.  But rather the idea was to utilize the university’s technology transfer and invest in space for high tech – agricultural technology, medical technology, and environmental technology – to create a revenue stream for the city.

It is not going to have immediate payoff.  It has risk.  But long term this seemed the most logical way to go.

The Studio 30 report showed us a road map – utilize existing space, add space through Nishi, add space through a peripheral site to be able to retain larger existing companies or attract new ones.  But this is Davis and land use issues are hotly contested.

Is there a way forward with this plan?  Or do we simply cede economic development to Woodland, which is now going to build the Davis Innovation Center on their soil, to West Sacramento, which now houses the Davis-born company Bayer-AgraQuest, and to Sacramento, with their innovative Railyards Redevelopment Project that may house the UC Davis World Food Center?

I agree Davis cannot grow its way out of its problems, but it also cannot forestall dealing with these issues.

70 thoughts on “Commentary: Can We Grow Our Way out of Our Problems?”