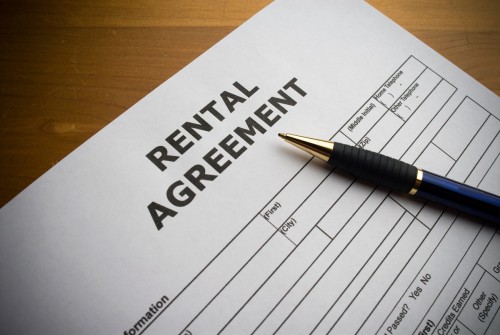 If you ask renters in Davis about their experiences, they will likely tell you it is a nightmare. High rents, low wages, absentee landlords, housing insecurity and theft of security deposits are all too commonplace in our city. As a renter in Davis for the last 10 years, I can personally attest to living this nightmare. The worst experience I had was a few years ago. I rented a reasonably priced condo with my girlfriend on Donner court. I did not realize this at the time, but the reputation of the property management company was so bad, they changed their name to avoid renters from looking up reviews. I could have saved a lot of trouble by taking a closer look.

The landlord was absent. Whenever something was broken, it took weeks if not months to fix. Multiple phone calls, emails and in person visits were required to get any kind of response, unless of course you were a day late on the rent, at which point the management company would call you at least 5 times a day (which only happened once). It took 5 weeks to get a broken window replaced. A month to fix our door that would be near impossible to open on a rainy day. It took them 3 weeks to find someone to fix our oven. Then, 6 months into the lease, the bank decided to foreclose on the property. We were then required to have the unit ready for prospective buyers with 24 hours of notice, which sometimes, we did not receive. People would just show up at our home, at any time during the day. This was particularly annoying for me, as I work nights, and sleep during the day. Imagine waking up to find a stranger opening the door to your room. When the foreclosure was finally resolved, we decided we were going to move out. After moving out, we hired a professional cleaning company to clean the house for $200. The place was cleaner than when we moved in. We took pictures, documented expenses, and submitted receipts with the keys.

We were shocked to when the new landlord arbitrarily took $250 out of our $1000 security deposit. We thought we had done everything right. When we asked for receipts from the landlord, he simply listed things he said he had done. No professionals, no itemized receipts, no material documentation. I decided to call the city, to see what resources were available to renters, and I was shocked to find out that there were none. The nice city employee told me there used to be a program, but the funding was cut during the great recession, and that I could try my luck with a small claims court. When I looked up the cost of a lawyer consultation, I decided it just was not worth the hassle. The landlord, who is a millionaire could keep my $250.

My story is hardly unique. Every year, renters in Davis face similar problems. Years ago, my sister had a landlord return her deposit 4 months late, and with 30% missing, after she had a professional cleaner. She had already moved to another city and did not want to fight it in small claims. I met a man a few weeks ago whose landlord literally said “this is the best I have ever seen an apartment at move out time, but I am still taking $75 out of your deposit.” Everyone who rents in Davis knows how difficult it is, and I am not trying to smear the good landlords out there, because I have had many who were great. The point is that there are exploitative landlords out there, and their abuses need to be reigned in.

A few weeks ago, I was at an event for a political candidate, who supports the renter rights ordinance. I was having a conversation with a nice affluent middle aged woman about the city’s proposed ordinance. She said that she owns four rental properties in town, in addition to her own home. According to a quick google search, the median home value in Davis is well over 500k. That means this lady owns assets of around 2.5 million. She then proceeded to tell me “$100 a year may not be a lot to someone like you, but for me, this is my retirement income.” It was hard for me to maintain my composure at this ludicrous statement. For the record, I work nights at a grocery store and do some work for my union. I do not own assets of 2.5 million. There will certainly be pushback to the proposed ordinance from the landlord class at the city council meeting on May 17. They have a nice racket going in a city with a 0.3% vacancy rate. It doesn’t matter how much they neglect the needs of their tenants, the landlords can still raise the rents next year and find new tenants because people are desperate for housing.

This problem is only going to get worse over the next few years given the coming surge in student population and the University’s refusal to provide adequate housing for the increased population. This only further incentivizes landlord abuses, mini dorms, student commuters, and sky high rents. That is why we need this ordinance NOW. I would encourage the readers to go to the city’s website and read the proposed ordinance for themselves, but here is the cliff notes version as I understand it.

– City inspection program where tenants, landlords and neighbors can call the city and ask for inspection

– Allows the city to accumulate data on bad actor landlords, and will allow prospective renters to view this data.

– Creates a one stop kiosk at city hall where renters, landlords and neighbors can view all rights, rules and regulations

Sean Raycraft is a lifelong Davis resident, and a proud shop steward with UFCW 8.