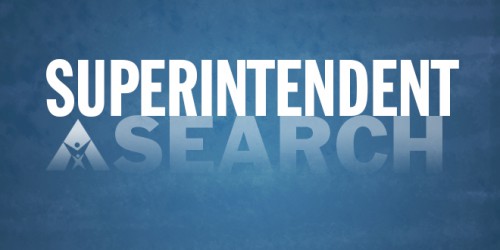 While the board has not finalized a hire, it appears that the school board has found a new superintendent, and the only thing we know is that he is not from the local school district.

A press release sent out late in the afternoon on Wednesday confirms that the board “has now narrowed the search to a finalist and will conduct further inquiries as needed. The Board’s goal is to make a formal announcement of its decision and approve a contract at its regular meeting on June 2.”

In late January, Superintendent Winfred Roberson was named a finalist for a position at another district and in mid-February officially announced his resignation.  Former administrator Kevin French was named as interim superintendent, but the board has moved quickly to find a permanent replacement.

The press release from the school district details what they call “an extensive search” where they have “brought forward 19 strong and diverse candidates, including 7 current superintendents, 9 assistant or associate superintendents and 3 education-related private sector candidates.”  The board conducted interviews of six of those candidates on Tuesday and Wednesday of last week.

“Following the initial interviews, the Board narrowed the search to 3 finalists and conducted follow-up interviews with those candidates.  All of the candidates were of high quality and those who reached final consideration brought tremendous skills and resources to the interviews,” the district said on Wednesday.

The release continued, “The Board expressed its appreciation to the students, parents, staff, and community members who provided valuable feedback to Leadership Associates (the superintendent search firm) and to the Board.  The position description, which was developed on the basis of that input, was used to guide reference checking and the identification of interview questions.”

“We’re very excited to have received so many highly respected candidates with such strong skill sets.  Davis is a special place with a strong and educated group of parents and a national reputation. We are seeking a highly knowledgeable, experienced, collaborative, and visible leader with an excellent track record in his or her former district and who is well liked by all colleagues. We want someone who is passionate about the potential of all students and works tirelessly toward raising expectations toward accelerating achievement for each and every student in the District,” said Board President Madhavi Sunder.

Board Vice President Barbara Archer added, “We are looking for a systems thinker who will lead us through our Local Control Funding Formula (LCAP) here in the District with a focus on local control and equity for all students in the District. And we are looking for a strong instructional leader who combines vision with action, and has the keen ability to bring teams together around a vision for students.”

The board will finalize contract discussions and conduct a site visit in the finalist’s home district before an appointment is made.   “We are confident in the skills, talents and experience of our finalist and look forward to concluding this process and making a formal appointment,” Ms. Sunder said on Wednesday.

The board has moved very quickly in this process.  Back in January, Board President Sunder noted, “Over the last six years, our school district has advanced under Winfred Roberson’s leadership.”

The school board hired Winfred Roberson as Superintendent in June 2010 following the abrupt departure of previous Superintendent James Hammond, hired just three years prior. Mr. Roberson had no previous experience as superintendent and had been hired to be principal at Davis High School just the year before, after serving as principal previously in another district.

Under Superintendent Roberson, we have seen the district transition from the emergency funding days of the great recession to more stable funding under an improving economy.

DJUSD under Winfred Roberson’s leadership passed additional parcel taxes and renewals in 2011, and twice in 2012. The district, despite the improving fiscal picture, remains challenged.  Associate Superintendent Bruce Colby noted in January that Davis is an “average-funded district,” despite the $530 that most homeowners pay in parcel taxes. The average school district receives $9200 per year in per-pupil funding, and Davis receives just under that at $9170. Without the parcel tax, the per-pupil funding level would drop to $7,922, they said.

The last two years have been punctuated with controversy. In 2014, a dispute over the handling of a volleyball coach’s VSA (Variable Services Agreement) and that volleyball coach’s treatment of a student-athlete exploded with a controversy that ultimately led to the resignation of school board member Nancy Peterson. Adding to the controversy was Ms. Peterson’s daughter, who was central to the dispute with the coach, the conflict of interest in Ms. Peterson’s intervention, and the district’s $22,000 legal expenditure on an investigation.

Ms. Peterson would be replaced by Alan Fernandes in May 2014 and, by November, it was an entirely new school board with the exception of holdover Susan Lovenburg

The next Superintendent will be asked to oversee a new era of funding, as the district receives $3 million in funding under the Local Control Funding Formula (LCFF), plus a one-time fund from Proposition 98.

The district also appears set to grapple once again with the achievement gap.

56 thoughts on “Has DJUSD Found Its Superintendent?”