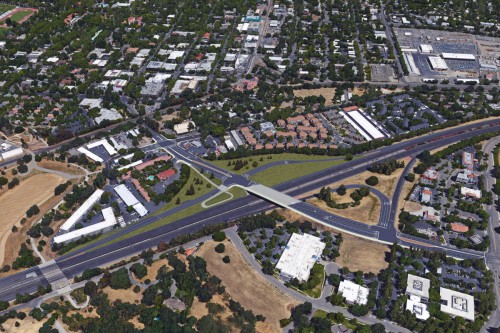 The debate about the traffic impacts of the Nishi project has mostly focused on its effects on congestion through the Richards/Olive Drive intersection and into the downtown tunnel. Minimal public attention has been devoted to three other crucial traffic-related issues:

1) Traffic in Downtown Davis – This project will have serious adverse impacts on traffic flow in downtown Davis itself;

2) Cumulative Impacts – Other projects on the Richards. Blvd corridor including the approved Embassy Suites Hotel and Conference Center at Richards Blvd.-Olive Drive. and the proposed Lincoln40 apartments on East Olive Dr. will have additional huge impacts on traffic in the entire corridor;

3) EIR Credibility – The credibility of the entire EIR traffic study is suspect because of assumptions that cannot be verified.

If one considers all the factors, it is quite evident that Nishi will bring hugely increased traffic in downtown Davis especially during busy parts of the day – even with all the proposed traffic mitigation measures on the other side of the downtown tunnel.

For instance, even if we accept the Nishi EIR face value claim that the project will purportedly generate only 4,870 new trips a day and only 400 plus trips during both the a.m. and  p.m. peak hours, it  defies credibility that the Nishi traffic engineers could actually contend that traffic flow in downtown Davis would, if anything, be improved by the project!

Additionally,  the traffic consultants concede that “the nature of travel forecasting includes uncertainty about future event that are hard to predict….This is especially true for the local roadway network…”

Moreover, any forecast is only as good as the data put into it.  The baseline traffic statistics used in the study are projections based on traffic counts at 40 different intersections in downtown and nearby areas.  All were supposedly taken on only a single day (October 12, 2014), and for only for one hour in the a.m. period and then again for an hour in the p.m period hours. This hardly seems to be sufficient data on which to base an estimate of the potentially massive traffic impacts of this huge project and the cumulative impacts of several other major projects.  There is also some question as to the completeness of the measurement data itself.

In an attempt to get some answers to this question, during an independent review of the traffic study in the Nishi EIR, one traffic engineering firm, Smith Engineering, requested the raw traffic data count worksheets taken on that day hoping that the information might address some of the many questions about the EIR’s traffic data.

To date, the City has not provided that information claiming that the only data they had was the summary data contained in the EIR itself. Well without the ability to investigate the raw data used in the traffic study, Smith Engineering’s has expressed  skepticism  of the findings of that traffic study.

Furthermore, most Davis residents familiar with the City’s streets know that the Richards Blvd and Olive Dr intersection and through the downtown tunnel onto 1st street is the worst in Davis. The traffic congestion through there is so bad that it is going to take more than an indecipherable traffic study to convince us that running 4,870 additional cars through the area is going to make it better.

Many people have different reasons to vote No on Measure A – lack of affordable housing, air quality, no real economic benefits to the City because of developer giveaways. But the most compelling reason for you to vote No is that the anticipated further congestion of our compact Davis downtown  is highly undesirable, even potentially disastrous. Davis’ downtown was simply not built to handle large volumes of traffic in its core unlike many other Central Valley towns.

Do Davis voters really want to take the extreme and irreversible risk of embarking on a project that most likely result in increased downtown traffic congestion and gridlock?  It is the comparative absence of major arterial streets and major traffic jams that is integral to our downtown and one of the crucial qualitative aspects of Davis life that distinguishes us from most other towns.

Does not our experiences over the last 10-15 years, in which traffic volumes have increased dramatically, not convince us that our traffic and parking woes are serious enough, and that adding substantially more traffic to our downtown is a step backwards?  Do the citizens of Davis want to take such a risk when there are so many questions about the reliability of the traffic engineering report that are unsubstantiated by City data?  I think and hope not.

Please vote No on Measure A

60 thoughts on “Guest Commentary: Downtown Traffic Will Also Get Much Worse with Nishi”