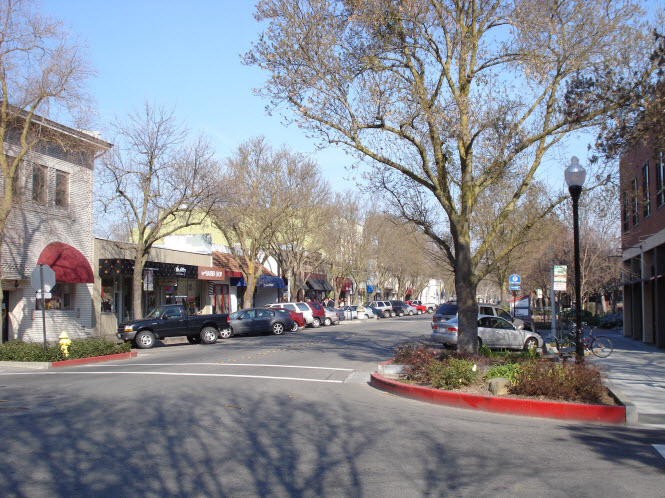 Along with many others, I was asked to share my thoughts about how best to proceed in dealing with our city’s economic problems. At first, I thought that I would write about the limitations and potential pitfalls of rapid growth and development since so many are already extolling the need for “more”. But then, I realized that this is not the crux of the issue for me. This issue is not less or more, it is not an issue of scarcity vs plenty. For me the central issue is collaboration and optimization, not just of money, but of all of our resources.

I am a baby boomer born in the 50’s. My parents were working poor and they were proud of the home that they managed to provide for their daughters, and they wanted what they perceived as a “better life” for us. It was clear to me that their concept of “ a better life” included more money, and more material goods.

However, in my life, what has mattered the most to me is not how much money I have. Rather the measure of my life, in my own eyes, is the value of my personal relationships with my children, my partner, my friends, and my colleagues. My value is in my personal accomplishments, my education and how I have used my knowledge and skills not just to better my own life, but to better the lives of others. What makes me happy is not my bank account, but my contribution to the world around me whether in my home, my neighborhood, my work place or my community.

For me, money is nothing more or less than the ability to acquire more material goods and services. It is true that it is objective in amount. But that is all that is objective about it. There is no set amount that equates to happiness, or security, or accomplishment or morality. It is nothing more than a numeric placeholder for what we want which is based on those highly subjective states called feelings and desires. I know that this will sound like heresy to those who believe that our well being can be reduced to economic success. I disagree.

Some will ask, “what about “the American Dream” ?  The dream that our children will be better off than were their parents. To this, I would respond, which American Dream ?  That of our founders ?

What they said in our Declaration of Independence was “Life, Liberty and the pursuit of Happiness” which gives three examples of the “unalienable rights” which the Declaration says has been given to all human beings. Not a word about individual wealth accumulation.

What they said in the preamble to our constitution was :

“We the People of the United States, in Order to form a more perfect Union, establish Justice, insure domestic Tranquility, provide for the common defense, promote the general Welfare, and secure the Blessings of Liberty to ourselves and our Posterity, do ordain and establish this Constitution for the United States of America.” Not a single word devoted to getting rich or having our children be richer than their parents.

So why do we cling so tenaciously to a precept that is not spelled out in our founding documents, not supported by our major religious faiths, nor universally agreed upon by all human cultures ?  I do not know the answer. But I do know that our culture has become infatuated with the concept of the accumulation of material goods and services as synonymous with success and that we have uncritically accepted competition as the best way to win the accumulation wars. I also know that I believe that there is an alternative and better way forward. I believe that in economic matters as in interpersonal matters, collaboration is better than competition. And I believe that this different path could have profound implications for our local economy and the well being of our city.

This belief is not founded on some utopian dream. I have seen the power of collaboration over competition in the 30 years that I have worked within the Kaiser Permanente system of health care delivery. Initially felt to be a “utopian dream” or a “communist plot” depending of the views of the speaker, the model has proven enormously successful, both medically and economically. The basis for the model is that doctors provide the best care when they collaborate rather than compete with each other. A secondary principle of our model is that everyone has a vital role in our success from the neurosurgeons to the environmental services staff. It is these basic principles that have, in part, allowed Kaiser to thrive.

Another example of collaboration rather than competition was my daughter’s private high school, St. Francis. St. Francis declared itself as more than just a high school. From the day of my daughter’s acceptance it was made clear to us that this was a community. As such, it was expected that all parents would make a contribution. We had a choice. We could make the contribution by volunteering our time or by donating money. The choice was ours, but everyone had to contribute. Everyone had “skin in the game”. And all of our daughters benefitted.

So what does any of this have to do our local economy ?  I believe that there is for the city, as for medical practice, a better way forward. I believe that while money is critical for our overall sustainability, it is not the most important factor. I believe that what is most critical to the well being of our community is individual contribution.  I am not talking about sitting in a circle holding hands and singing Kumbaya. I am taking about either financial contribution or contribution of time, knowledge, expertise, goods and /or services for which individuals could be held accountable.  There is precedent for direct citizen contribution to our community. The construction of Rainbow City approximately two decades ago was a collaborative effort between the city and private citizens. We make extensive use of the time and expertise of private citizens on our various councils and commissions.

So why do we not choose to leverage this desire to contribute in a more formal, organized way ?

I am going to make some very concrete suggestions.

While I do not pretend that such an effort would serve as a panacea, or “fix” all of our city’s economic problems, I do anticipate the following benefits.

I look forward to your comments on my alternative perspective.

17 thoughts on “Economic Development Series – A Different Way to Thrive”