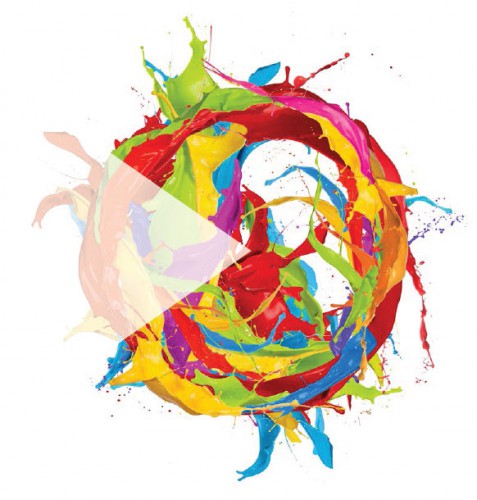 There is a planetary emergency and doing little or nothing by staying with the same old approaches to our built world, the environment and the economy is irresponsible. We must act quickly to save our planet.

The circular economy is a generic term for an industrial economy that is producing no waste and pollution, by design or intention, and in which material flows are of two types, biological nutrients, designed to reenter the biosphere safely, and technical nutrients, which are designed to circulate at high quality in the production system without entering the biosphere as well as being restorative and regenerative by design.[1]

Modularity, versatility and adaptiveness are to be prioritized in an uncertain and fast evolving world. In working toward the circular economy, we should focus on longer-lasting products, developed for upgrade, ageing and repair by considering strategies like emotionally durable design. Diverse products, materials and systems, with many connections and scales are more resilient in the face of external shocks, than systems built simply for efficiency.

Energy Must Come from Renewable Sources

As in life, any system should ultimately aim to run on ‘current sunshine’ and generate energy through renewable sources.

The ability to understand how things influence one another within a whole. Elements are considered as ‘fitting in’ their infrastructure, environment and social context. Whilst a machine is also a system, systems thinking usually refers to nonlinear systems: systems where through feedback and imprecise starting conditions the outcome is not necessarily proportional to the input and where evolution of the system is possible: the system can display emergent properties. Examples of these systems are all living systems and any open system such as meteorological systems or ocean currents; even the orbits of the planets have nonlinear characteristics.

Understanding a system is crucial when trying to decide and plan (corrections) in a system. Missing or misinterpreting the trends, flows, functions of, and human influences on, our socio-ecological systems can result in disastrous results. In order to prevent errors in planning or design an understanding of the system should be applied to the whole and to the details of the plan or design. The Natural Step created a set of systems conditions (or sustainability principles) that can be applied when designing for (parts of) a circular economy to ensure alignment with functions of the socio-ecological system.

The concept of the circular economy has previously been expressed as the circulation of money versus goods, services, access rights, valuable documents etc., in macroeconomics. This situation has been illustrated in many diagrams for money and goods circulation associated with social systems. As a system, various agencies or entities are connected by paths through which the various goods etc., pass in exchange for money. However this situation is different from the circular economy described above, where the flow is in only one direction, that is until the recycled goods again are spread over the world.

Prices or other feedback mechanisms should reflect real costs

Toward the Circular Economy

In January 2012, a report was released entitled Towards the Circular Economy: Economic and business rationale for an accelerated transition. The report, commissioned by the Ellen MacArthur Foundation and developed by McKinsey & Company, was the first of its kind to consider the economic and business opportunity for the transition to a restorative, circular model. Using product case studies and economy-wide analysis, the report details the potential for significant benefits across the EU. It argues that a subset of the EU manufacturing sector could realize net materials cost savings worth up to $630 billion p.a. towards 2025—stimulating economic activity in the areas of product development, remanufacturing and refurbishment. Towards the Circular Economy also identified the key building blocks in making the transition to a circular economy, namely in skills in circular design and production, new business models, skills in building cascades and reverse cycles, and cross-cycle/cross-sector collaboration.[3]

In January 2015 a Definitive Guide to The Circular Economy [4] was published by Coara with the specific aim to raise awareness amongst the general population of the environmental problems already being caused by our “throwaway culture”. Waste Electrical and Electronic Equipment (WEEE,) in particular, is contributing to excessive use of landfill sites across the globe in which society is both discarding valuable metals but also dumping toxic compounds that are polluting the surrounding land and water supplies. Mobile devices and computer hard drives typically contain valuable metals such as silver and copper but also hazardous chemicals such as lead, mercury and cadmium. Consumers are unaware of the environmental significance of upgrading their mobile phones, for instance, on such a frequent basis but could do much to encourage manufacturers to start to move away from the wasteful, polluting linear economy towards are sustainable circular economy.

Without revising old ways to the new knowledge ways will not be able to sustain our world. We need an alternate space with an alternate vision.  The alternate vision is one of respect for all living things, diversity, fairness and love of the planet we are given to be stewards of.  We need a budget that is not based on GPD. What kind of development are you talking about when people are sleeping on the ground as homeless?  We must have the Gross National Happiness Index meaning sustainable development; social justice and conservation of nature must be the best practice.  On the basis of this, translating this into what can be revenue and expenditure, this is a budget that questions the budget paradigm. The existing values create a gap between the halves and the halves not with poor becoming poorer and only occupying a few positions. Sustainable Development, Equality and Peace in a world where we live in harmony with nature. Where inequality is absent from every country based on class, gender and race. Lets have a world where the basic needs become the basic rights for all.  Let’s have a world where poverty and all forms of violence are eliminated.  Let’s have a world where we do not cut the trees, pollute the air, and pollute the water. Let’s have a world where through the very respect for nature, as stewards we live in the circular economy with communities thriving in abundance, health and happiness, peacefully.

Nishi is not following the intent of the Davis General Plan and is not sustainable at the level needed and is not a new way of thinking, alternate way.

Policy is only as good as the people implementing it.

Vote No on Nishi. It is Not Healthy, Not Infill, Not Equitable, and Not Good for the Economy.  This development is the same old developer sprawl business as usual.

12 thoughts on “Economic Development Series: Economy of 2016 Needs To Be Circular”